The Office: An Oral History by Andy Greene- Feature and Review 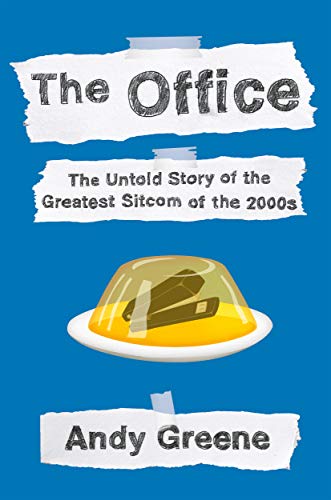 The untold stories behind The Office, one of the most iconic television shows of the twenty-first century, told by its creators, writers, and actorsWhen did you last hang out with Jim, Pam, Dwight, Michael, and the rest of Dunder Mifflin? It might have been back in 2013, when the series finale aired . . . or it might have been last night, when you watched three episodes in a row. But either way, fifteen years after the show first aired, it's more popular than ever, and fans have only one problem--what to watch, or read, next.Fortunately, Rolling Stone writer Andy Greene has that answer. In his brand-new oral history, The Office: The Untold Story of the Greatest Sitcom of the 2000s, Greene will take readers behind the scenes of their favorite moments and characters. Greene gives us the true inside story behind the entire show, from its origins on the BBC through its impressive nine-season run in America, with in-depth research and exclusive interviews. Fans will get the inside scoop on key episodes from "The Dundies" to "Threat Level Midnight" and "Goodbye, Michael," including behind-the-scenes details like the battle to keep it on the air when NBC wanted to pull the plug after just six episodes and the failed attempt to bring in James Gandolfini as the new boss after Steve Carell left, spotlighting the incredible, genre-redefining show created by the family-like team, who together took a quirky British import with dicey prospects and turned it into a primetime giant with true historical and cultural significance.Hilarious, heartwarming, and revelatory, The Office gives fans and pop culture buffs a front-row seat to the phenomenal sequence of events that launched The Office into wild popularity, changing the face of television and how we all see our office lives for decades to come.

The Office: The Untold Story of the Greatest Sitcom of the 2000s: An Oral History by Andy Greene
My rating: 4 of 5 stars

The Office: The Untold Story of the Greatest Sitcom of the 2000s: An Oral History by Andy Greene is a 2020 Dutton Books publication.

Just a few thoughts on this one-

If it weren’t for my kids, I doubt I would have ever watched this show when it was still on the air. I missed the first few seasons and only saw a few episodes of the last two seasons, so I’ve always wanted to watch the series from start to finish. Despite having Netflix for a long time, I never quite managed to get past the first season or two.

Recently, Peacock streaming service got the rights back to the show, and so with this book in hand, I’ve started watching a couple of episodes a day. Watching the series now with this companion book has given me a fresh perspective and will make the experience all the more insightful!

The book is organized chronologically – beginning with the British version, how it was transformed for American audiences, introduces us to the writers, etc., then goes through the casting process, and the numerous recognizable names that were on the table for roles on this series.

From there the book breaks down the pilot, the first- the last seasons, featuring the standout episodes, the approach the writers and cast took, and how the series, and everyone associated with it, evolved as the show rose in popularity.

There were situations going on in the background I’d forgotten about- like the writer’s strike, for example. I also had no idea that Creed Bratton was a member of ‘The Grass Roots’, music group back in the sixties and seventies! Huh. An interesting bit of trivia there.

One stand out in this oral history, is the emphasis on Steve Carrell’s real persona, skill, and manner -which was impressive. His spin in Michael’s character was both the backbone and the heart of the show.

I could go on, but because this book is basically a deep dive into all things about ‘The Office’, I’ll leave it for you to enjoy on your own. So, overall, this book will appeal to all fans- big or small – as well as television pop culture enthusiasts. 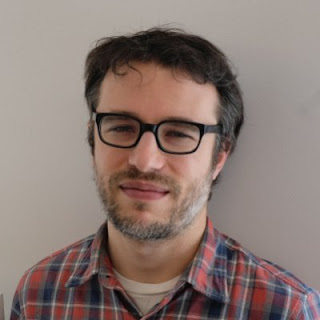 Andy Greene is from Cleveland, Ohio, graduated from Kenyon College, and is now a senior writer for Rolling Stone, where he’s worked for the past fifteen years. He’s written cover stories about Radiohead and Howard Stern and feature articles about Bill Withers, Nathan Fielder, Steve Perry, Pete Townshend, Stephen King, and many others. He lives in Brooklyn.