The Comeback by Ella Berman- Feature and Review 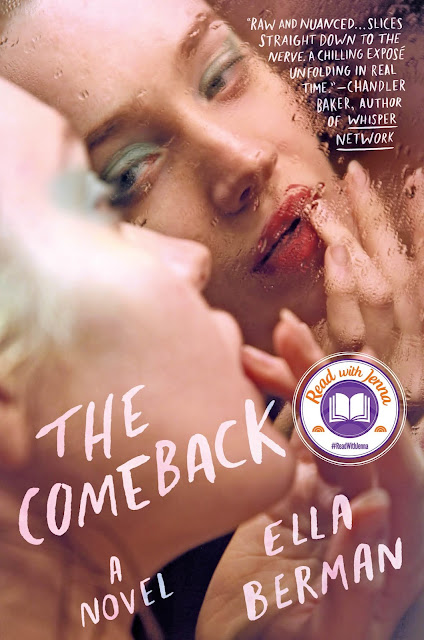 Grace Turner was one movie away from Hollywood’s A-List. So no one understood why, at the height of her career and on the eve of her first Golden Globe nomination, she disappeared.Now, one year later, Grace is back in Los Angeles and determined to reclaim her life on her own terms.So when Grace is asked to present a lifetime achievement award to director Able Yorke—the man who controlled her every move for eight years—she knows there’s only one way she’ll be free of the secret that’s already taken so much from her.The Comeback is a powerful and provocative story of justice in the #MeToo era—a true page-turner about a young woman finding the strength and power of her voice

The Comeback by Ella Berman
My rating: 4 of 5 stars

The Comeback by Ella Berman is a 2020 Berkley publication.

After years of intense grooming as a teen star, Grace Turner, now in her early twenties, is right on the cusp of her big acting breakthrough, when she abruptly walks away from Hollywood without a word.

She’s been living under the radar, staying at her parent’s home, coping with addictions, and the pain of internalizing an insidious secret eating away at her.

As the story unfolds, through Grace’s flashbacks, we see the repulsive way she was molded, manipulated, and abused by powerful men in Hollywood.

When Grace returns to Hollywood, staging her 'comeback', she contacts old acquaintances, friends, and lovers- but, ultimately, she must decide how to navigate her life, and how to take control of her own destiny.

This is a dark story, approached with a polished, understated atmosphere which slowly builds tension and emotion as the horrifying truth is unveiled.

The subject matter is handled perfectly, without unnecessary or vivid details. The emotional impact is felt more strongly as a result.

The author states in her notes, that this book was written some months before the #MeToo Movement, which makes her insights even more impressive.

I was impressed with the way the author presented this convincing cautionary tale. It’s raw, dark, and sad, but not heavy handed or strident. The story is submitted with a subtle style, so as not to overpower nor downplay Grace's conflicts, or mettle; yet it still manages to drive home the harsh realities of the abuse she endured.

While nothing about this story should come as a shock at this point, it still boggles the mind that through all of the advances in entertainment, some things never change.

Overall, this is an impressive and timely debut, spotlighting the disturbing imbalance of power in the movie industry, the sickening exploitation of young performers, and the importance of recognizing your worth, your strength, and about having the courage to take control over one’s own life. 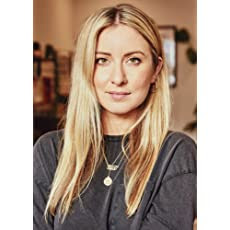 Ella Berman grew up in both London and Los Angeles and worked at Sony Music before starting the clothing brand London Loves LA. She lives in London with her husband, James, and their dog, Rocky. The Comeback is her first novel, coming August 11, 2020