We Were Killers Once- by Becky Masterman - Feature and Review 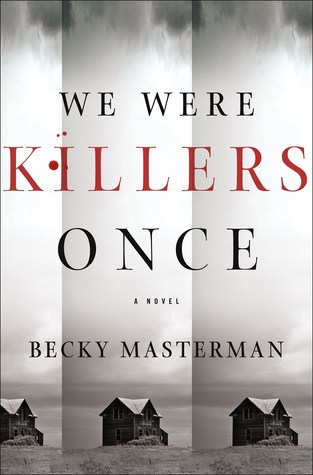 Retired FBI agent Brigid Quinn returns in Becky Masterman's fourth stunning thriller.In 1959, a family of four were brutally murdered in Holcomb, Kansas. Perry Smith and Dick Hickok were convicted and executed for the crime, and the murders and their investigation and solution became the subject of Truman Capote's masterpiece, IN COLD BLOOD. But what if there was a third killer, who remained unknown? What if there was another family, also murdered, who crossed paths with this band of killers, though their murder remains unsolved? And what if Dick Hickok left a written confession, explaining everything?Retired FBI agent Brigid Quinn and her husband Carlo, a former priest and university professor, are trying to enjoy each other in this new stage in their lives. But a memento from Carlo's days as a prison chaplain--a handwritten document hidden away undetected in a box of Carlo's old things--has become a target for a man on the run from his past. Jerry Beaufort has just been released from prison after decades behind bars, and though he'd like to get on with living the rest of his life, he knows that somewhere there is a written record of the time he spent with two killers in 1959. Following the path of this letter will bring Jerry into contact with the last person he'll see as a threat: Brigid Quinn.

We Were Killers Once by Becky Masterman
My rating: 4 of 5 stars

We Were Killers Once by Becky Masterman is a 2019 Minotaur publication.

Interesting spin on the Clutter murders and ‘In Cold Blood’.

This fourth installment in the Brigid Quinn series sends our favorite retired FBI agent directly into the path of a diabolical killer bent on keeping his crimes hidden.

Brigid’s husband, Carlo, a former priest, may have a copy of a confession written by Dick Hickcock, which tells a different story about the infamous Clutter murders, one that includes a third party.

That third party is Jeremiah Beaufort, who has just been released after a lengthy stint in prison. His biggest fear is that DNA technology might uncover evidence of his other crimes, and that after all these years a written confession might resurface- which means he must find Carlo and retrieve it.

Jeremiah eventually locates his target, but his plans are complicated when he comes face to face with Brigid Quinn.

Okay, I’ll admit this was not exactly what I was looking for in a Brigid Quinn thriller- but as the story developed, the more I began to see the genius in it. A tense psychological mind game emerges between Jeremiah and Brigid- one killer to another, so to speak.

This may or may not be the first time someone has speculated about the possibility there was a third person present at the Clutter murder, but Masterman’s theory is not half bad- maybe not probable- but hey, Truman Capote took a few liberties too- so there’s that.

Not only that, because Jeremiah is after her husband, Carlo experiences first- hand the parts of Brigid she’s tried to warn him about. The question is, how will that effect their marriage going forward.

Overall, this one doesn’t quite equal up to previous installments, but it was still a pretty solid addition to the series. 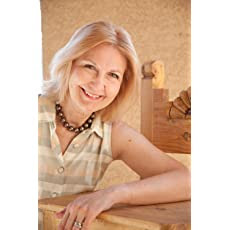 Becky Masterman created her heroine, Brigid Quinn while working as an editor for a forensic science and law enforcement press. Her debut thriller, Rage Against the Dying, was a finalist for the Edgar Awards and the CWA Gold Dagger, as well as the Macavity, Barry, ITW and Anthony awards. Becky lives in Tucson, Arizona, with her husband.