The Lives of Edie Pritchard- by Larry Watson- Feature and Review 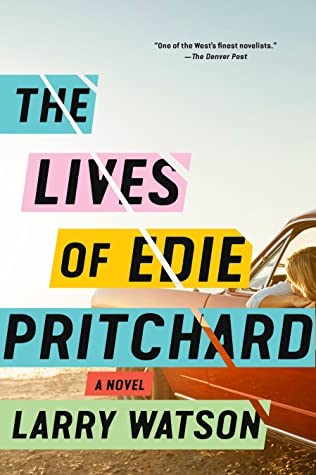 ABOUT THE BOOK:
From acclaimed novelist Larry Watson, a multigenerational story of the West told through the history of one woman trying to navigate life on her own terms. Edie—smart, self‑assured, beautiful—always worked hard. She worked as a teller at a bank, she worked to save her first marriage, and later, she worked to raise her daughter even as her second marriage came apart. Really, Edie just wanted a good life, but everywhere she turned, her looks defined her. Two brothers fought over her. Her second husband became unreasonably possessive and jealous. Her daughter resented her. And now, as a grandmother, Edie finds herself harassed by a younger man. It’s been a lifetime of proving that she is allowed to exist in her own sphere. The Lives of Edie Pritchard tells the story of one woman just trying to be herself, even as multiple men attempt to categorize and own her.Triumphant, engaging, and perceptive, Watson’s novel examines a woman both aware of her physical power and constrained by it, and how perceptions of someone in a small town can shape her life through the decades.

The Lives of Edie Pritchard by Larry Watson
My rating: 4 of 5 stars

The Lives of Edie Pritchard by Larry Watson is a 2020 Algonquin Books publication.

Edie is a beautiful woman, married, but feeling unfulfilled. Her husband is bland, and jealous, but his twin brother, Ray is standing by, hoping for a chance with Edie, himself. Life takes an unusual turn, which gives Edie a nudge, and the perfect opportunity to take her leave.

From there we catch up with Edie at various turning points in her life. In each segment, Edie must make decisions to save herself from the machinations or obsessions of the men in her life- her attractiveness working against her as she struggles to be seen as a person, not an object to owned.

This is a fascinating character study. Edie is a sympathetic character, overall, although she is not perfect. One can feel her palpable feelings of suffocation, and her burning need to live life on her own terms.

She does rise to the occasion, despite the hurdles blocking her path, when necessary, although she is usually forced to unravel a bad situation before any real progress can be made.

The story covers three generations- skipping over decades of Edie’s life at a time, only checking in with her when she faces a hurdle large enough to prompt a complete do-over. In my opinion, there were people who may have been collateral damage in Edie’s pursuit of independence, tragically so, and at other times, Edie was forced to cut her losses.

What stands out, is the sparse prose and the moody atmosphere, which is quite effective. I was riveted to the pages, deeply involved in Edie’s world.

I can’t say this is the type of novel I’m normally drawn to, or that I got from it everything the author intended. The last portion of the book is slightly melancholy, and maybe a little contrived, too. Yet, it is Edie’s strength and resilience that makes the story a triumph.

Because I am still pondering Edie’s choices, and the events that spurred them, I would say the novel did what it set out to do. This is, to my knowledge, my first book by this author. I'm very keen to read more of his work. 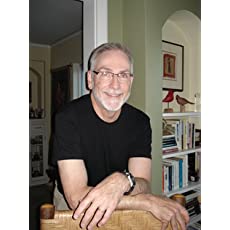 Larry Watson was born in 1947 in Rugby, North Dakota. He grew up in Bismarck, North Dakota, and was educated in its public schools. Larry married his high school sweetheart, Susan Gibbons, in 1967. He received his BA and MA from the University of North Dakota, his Ph.D. from the creative writing program at the University of Utah, and an honorary Doctor of Letters degree from Ripon College. Watson has received grants and fellowships from the National Endowment for the Arts (1987, 2004) and the Wisconsin Arts Board.