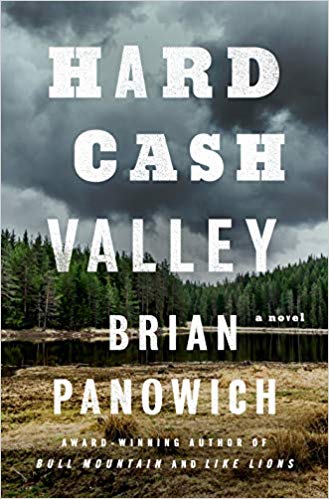 ABOUT THE BOOK:
Return to McFalls County and Bull Mountain in Hard Cash Valley, where Brian Panowich weaves another masterful tale of Southern Noir.Dane Kirby is a broken man and no stranger to tragedy. As a life-long resident and ex-arson investigator for McFalls County, Dane has lived his life in one of the most chaotic and crime-ridden regions of the south. When he gets called in to consult on a brutal murder in a Jacksonville, Florida, motel room, he and his FBI counterpart, Special Agent Roselita Velasquez, begin an investigation that leads them back to the criminal circles of his own backyard.Arnie Blackwell’s murder in Jacksonville is only the beginning – and Dane and Roselita seem to be one step behind. For someone is hacking a bloody trail throughout the Southeast looking for Arnie’s younger brother, a boy with Asperger’s Syndrome who possesses an unusual skill with numbers that could make a lot of money and that has already gotten a lot of people killed―and has even more of the deadliest people alive willing to do anything it takes to exploit him.As Dane joins in the hunt to find the boy, it swiftly becomes a race against the clock that has Dane entangled in a web of secrets involving everyone from the Filipino Mafia to distrusting federal agents to some of hardest southern outlaws he’s ever known.
LISTEN TO AN EXCERPT:
MY REVIEW:

Hard Cash Valley by Brian Panowich
My rating: 4 of 5 stars

Hard Cash Valley by Brian Panowich is a 2020 Minotaur publication.

In his third novel, Panowich moves his southern saga forward with a new cast of characters, introducing Dane Kirby-a part-time fire investigator who has been tapped to consult with the GBI on a case that involves a missing boy on the autism spectrum.

Dane is also trying to help his old friend, Ned, who has been accused of murder, on top of keeping a terrible secret from those closest to him.

Once again, the rural locations, the shocking criminal underground, rooted in greed, and a haunted main character that pulls the reader’s emotions in all directions, makes this a riveting, unputdownable crime drama.

This another impressive effort by Panowich! 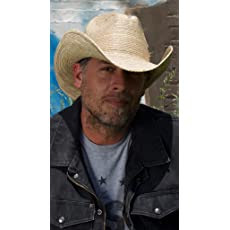 Brian is a Georgia based author who has topped the best thriller list on Apple iBooks, was placed in the top twenty best books on Amazon, went on to win the International Thriller Writers Award for Best First Novel, as well as the Southern Book Prize for Best Mystery. He has also been nominated for the Barry Award, the Anthony Award, The Georgia Townsend Book Prize, and was a finalist for the LA Times Book Prize. His first novel, BULL MOUNTAIN was also selected for the coveted BOOKS ALL GEORGIANS SHOULD READ list by the Georgia Center of the Book, and has been the recipient of several foreign press awards. Brian's sophomore novel, LIKE LIONS, earned him The Georgia Author of the Year Award for best Mystery, and his latest, HARD CASH VALLEY was released in April of 2020 to critical and commercial acclaim.
Posted by gpangel at 11:00 PM