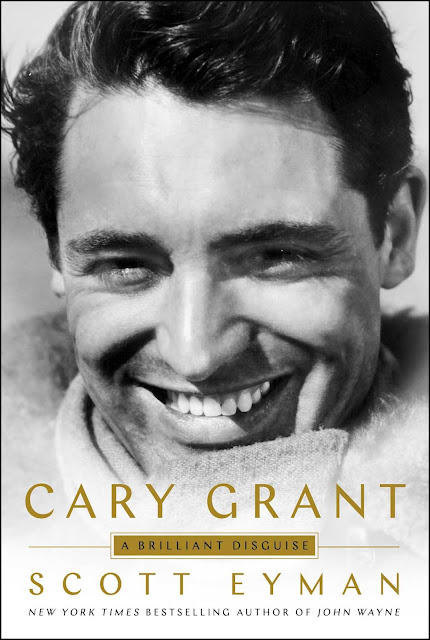 Film historian and acclaimed New York Times bestselling biographer Scott Eyman has written the definitive biography of Hollywood legend Cary Grant, one of the most accomplished—and beloved—actors of his generation, who remains as popular as ever today.

Born Archibald Leach in 1904, he came to America as a teenaged acrobat to find fame and fortune, but he was always haunted by his past. His father was a feckless alcoholic, and his mother was committed to an asylum when Archie was eleven years old. He believed her to be dead until, when he was thirty-one years old, he was informed she was alive. Because of this experience Grant would have difficulty forming close attachments throughout his life. He married five times and had numerous affairs.

Despite a remarkable degree of success, Grant remained deeply conflicted about his past, his present, his basic identity, and even the public that worshiped him in movies such as Gunga Din, Notorious, and North by Northwest.

Drawing on Grant’s own papers, extensive archival research, and interviews with family and friends, this is the definitive portrait of a movie immortal.

Cary Grant: A Brilliant Disguise by Scott Eyman
My rating: 5 of 5 stars

Cary Grant: A Brilliant Disguise by Scott Eyman is a 2020 Simon & Schuster publication.

A perfect model for biography standards

Recently, headlines erupted about a popular celebrity accused of being someone entirely different off camera than their public persona would have us believe. The only thing that surprised me about the allegations was that people were surprised by the allegations.

Celebrities, musicians, actors, and yes, even authors have a face they present to the public- on stage, on screen, or online. Actors, in particular, have a way of convincing us that the character we love or hate on screen is synonymous with the person they are in real life. The ‘good girl’ actress you love could be a difficult diva once the cameras stop rolling… and probably is.

The reason I’m mentioning all this is because Cary Grant is one of my favorite actors from his generation of Hollywood leading men. I think most people, if asked, would say they like Cary Grant... his on screen persona, that is.

Therefore, if you want to maintain that image of Cary, be prepared to see a different side of the charming, sophisticated, suave actor- the lovable, physical comedian, the romantic heartthrob. Behind the scenes, the actor was not always so endearing.

Archie Leach, born in Britain, came to America and eventually morphed into Cary Grant- the famous movie star. Archie and Cary housed in the same shell, would fight for dominance until Cary’s twilight years when the two sides of himself would finally make peace. 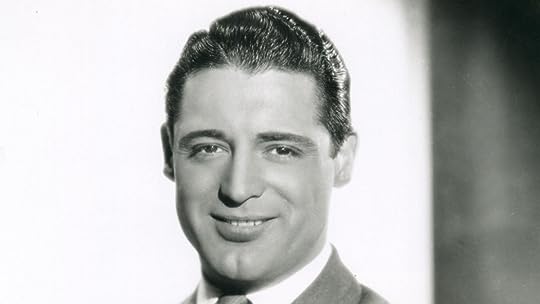 This book explores all the various pieces of the man we know as Cary Grant, but also the Archie Leach side of him. We learn about his business dealings, his friendships, his numerous marriages and affairs, and his annoying propensity for being ‘frugal’.

Personally, I found this to be a fascinating biography. I didn’t know that much about Cary’s personal life, other than he had been married multiple times. Therefore, all the information here was news to me. Grant was complicated, moody, not particularly approachable, and his attitude towards women could rankle on occasion. He was a self-absorbed egomaniac but was also described by some as the nicest person they knew. So, there you go. 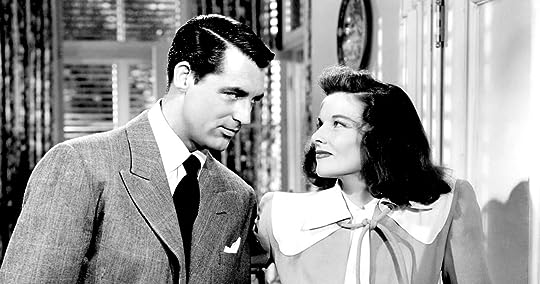 This is an interesting, well- researched, and thorough biography, made more pleasant by the author’s neutrality. All biographies should be approached in this manner. I hate glossed over, gushing fan-biopics, tell-all biographies, or bios rooted in tittle-tattle, cheap, hastily tossed together cash grabs, or those focused solely on the professional end of the subject’s life.

Eyman is an experienced biographer, and it shows. I feel one interested in reading about the life of Cary Grant couldn’t ask for a better organized, well rounded portrait of the man.

One of my favorite memories of Cary is his role in Arsenic & Old Lace- He was hysterical in that movie. I also loved all his Hitchcock films, and The Philadelphia Story ranks as one my very favorites of Grant’s movies. I have not seen all his films and would like to look some of them up someday. This book also has me in the mood to re-watch some of my favorites.

So, even though this book reveals some less than flattering information about Cary, there was nothing here that would taint my enjoyment of his films or my appreciation of his talent. He was no worse than many other stars or celebrities of his era. Compared to what takes place today, Cary’s behavior and attitudes are almost child’s play.

For those wondering if the most burning question people want to know about Cary’s personal life is revealed- you will have to read the book to find out.

Overall, this is an impressive biography of one of Hollywood's most enduring actors- one of the few still remembered with much fondness today. 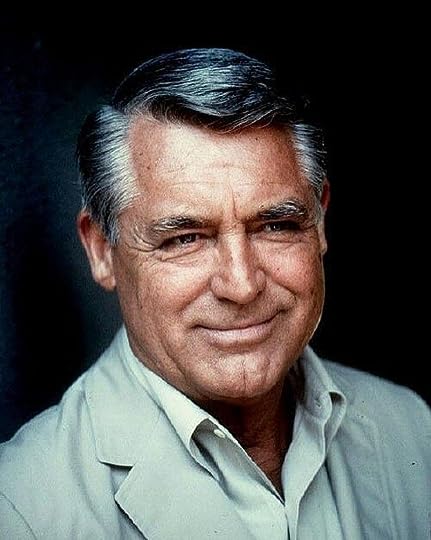 I have another book by Eyman in my TBR list- think I'll have to bump it up!

* The book has black and white photos included-however, I found the audio version on Scribd and listened to large portions of the book on audio. The narrator did a good job and has a pleasant reading voice. 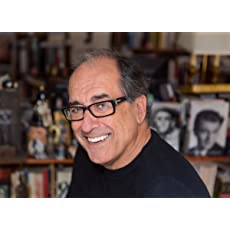 Scott Eyman has written fifteen books, three of them New York Times bestsellers, including John Wayne: The Life and Legend. His most recent book is Hank and Jim. He has been awarded the William K. Everson Award for Film History by the National Board of Review. He teaches film history at the University of Miami and lives in West Palm Beach with his wife, Lynn.