The Lilac Bouquet by Carolyn Brown- Feature and Review 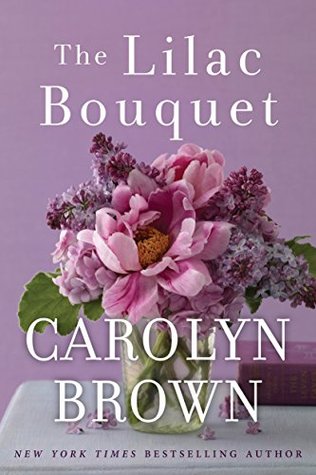 Come hell or high water, Emmy Jo Massey will have a wedding. After three generations of Massey women with children out of wedlock, she wants the whole town of Hickory, Texas, to witness the legitimacy of her union with Logan Grady. But dream weddings aren’t cheap. So she accepts a highly lucrative stint as a home health assistant to retired realtor, and town recluse, Seth Thomas—a decision her great-grandmother Tandy is dead-set against.

Seth isn’t happy about it, either. The eighty-two-year-old doesn’t want a “babysitter”—much less a Massey—something he makes clear when Emmy arrives at his house, an empty mansion built for the woman who broke his heart. But as Emmy stays and the two eventually open up to each other, she learns the reason behind a feud between Seth, Tandy, and Logan’s grandfather Jesse Grady that goes back six decades. She also uncovers a secret that forever changes how she sees her past and her future…

The Lilac Bouquet by Carolyn Brown


The Lilac Bouquet by Carolyn Brown is a 2017 Montlake publication.

A sixty-year old feud threatens to come between a young couple in love.

Tandy, Jesse and Seth haven’t spoken to one another in decades, but the reason for their falling out is a huge secret in Hickory, Texas.

Now, Tandy’s great-granddaughter, Emmy Jo, is about to marry Jesse’s grandson, Logan- a situation she is determined to undermine. The friction between their families, sets Emmy Jo on a mission to discover what is behind the feud.

She gets her chance when she accepts a job working as Seth’s assistant to raise money for her wedding. Seth is in his eighties, a recluse, and just a wee bit cantankerous. Despite that, Emmy Jo chips away at his hard, protective veneer little by little, allowing Seth the time and space to tell his story, his way. The tale he weaves certainly puts things in a whole new perspective, but for Emmy Jo and Logan to get the whole story, Tandy and Jesse will have to reveal their part in the feud and neither one them will budge.

If you like uncovering family mysteries, secrets and scandals this book is for you. The small-town setting is charming, and the characters are certainly interesting. The young lovers are wiser and more mature than the older folks in the story, but the big mystery behind the feud is heartbreaking and bittersweet, but I loved the way the author slowly unveiled the historical drama that still affects those in present day.

This is story is a tiny bit old-fashioned, but overall, it's light, gentle, and sweet. A wonderful, heartwarming escape! New York Times, USA Today and Wall Street Journal best selling author, Carolyn Brown has published more than 100 books and presently writes both women's fiction and cowboy romance. She has also written historical single title, historical series, contemporary single title and contemporary series. She lives in southern Oklahoma with her husband, a former English teacher, who is not allowed to read her books until they are published. They have three children and enough grandchildren to keep them young. For a complete listing of her books (series in order) check out her website at www.carolynbrownbooks.com
Posted by gpangel at 11:00 PM