Into the Fire by Gregg Hurwitz- Feature and Review 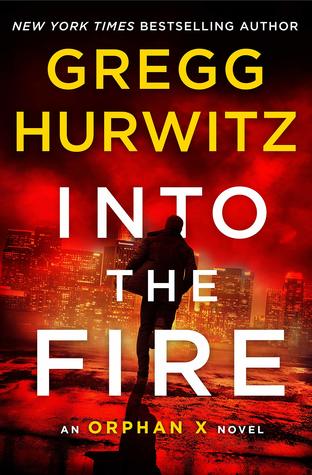 The New York Times bestselling Orphan X returns—facing his own uncertain future and undertaking one last mission.Taken from a group home at age twelve, Evan Smoak was trained as an off-the-books government assassin: Orphan X. After breaking with the Program, he reinvented himself as The Nowhere Man, a figure shrouded in shadows who helps the truly desperate. But the government didn’t let go of him easily, sending their best to hunt him down and eliminate him. All of them failed. With his deadliest enemies behind him, Evan is facing a new challenge—what is he going to do now that no one is after him?Max Merriweather is at the end of his rope. Separated from the woman he loves and barely scraping by, Max is a disappointment to everyone in his life. Then his very successful cousin Grant is brutally murdered. Two months before, Grant left Max an envelope with instructions to take it to a reporter if anything happened to him. Now the reporter is missing and Max’s apartment is ransacked. A man at the end of his rope, he calls The Nowhere Man.With mixed feelings, Evan takes on this mission, easily finding the men who are after Max and executing a plan to keep him safe. But it isn’t as obvious as it seems—and Evan finds himself enmeshed in one of the most challenging missions of his life, one that he can’t survive on his own. With the help of Joey Morales, a genius-level hacker and the last Orphan recruited into the Program, and the brilliant, off-the-books gunsmith, Tommy Stojack, Orphan X once more heads…Into the Fire.

Into the Fire by Gregg Andrew Hurwitz
My rating: 5 of 5 stars

Into the Fire by Gregg Horwitz is a 2020 Minotaur publication.

Evan Smoak- aka- Orphan X- aka- The Nowhere Man, has come to a crossroads of sorts. He’s ready to explore life on his own terms now. But will his enemies and those who need his specialized help allow him to retire?

In this fifth installment of the series, Evan is summoned to help Max Merriweather, who is on the run from the ruthless assassins who just murdered his cousin.

Hoping this is the last time he answers the 1-800-NOWHERE hotline, Evan discovers this case is going to be one of his most difficult to contain.

I love this series more with each installment. Evan is a machine- tough, smart, unstoppable! But, beneath that exterior is a lonely man, one who was robbed of normalcy, who pines for a break from all the danger and violence.

Readers root for him on both fronts. We cheer for him as he fights the bad guys, but also sympathize with his sensitive side too- wishing he didn’t have to necessarily choose between the two.

The addition of Joey to the series is simply perfect, and the banter between she and Evan is often hysterically funny.

This chapter has a finality to it that is bittersweet- until…

The conclusion is a breathtaking stunner… promising more exciting adventures for our hero in the future. 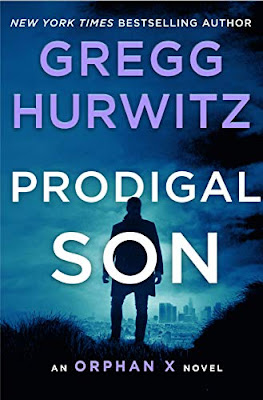 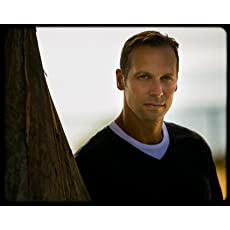 GREGG HURWITZ is the New York Times #1 internationally bestselling author of twenty thrillers including OUT OF THE DARK (January 2019). His novels have won numerous literary awards and have been published in thirty languages. Additionally, he's written screenplays and television scripts for many of the major studios and networks. Gregg lives with his two Rhodesian ridgebacks in Los Angeles, where he continues to play soccer, frequently injuring himself.
Posted by gpangel at 11:00 PM