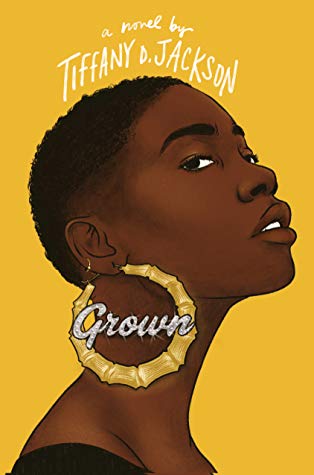 ABOUT THE BOOK:
Korey Fields is dead.When Enchanted Jones wakes with blood on her hands and zero memory of the previous night, no one—the police and Korey’s fans included—has more questions than she does. All she really knows is that this isn't how things are supposed to be. Korey was Enchanted’s ticket to stardom.Before there was a dead body, Enchanted was an aspiring singer, struggling with her tight knit family’s recent move to the suburbs while trying to find her place as the lone Black girl in high school. But then legendary R&B artist Korey Fields spots her at an audition. And suddenly her dream of being a professional singer takes flight.Enchanted is dazzled by Korey’s luxurious life but soon her dream turns into a nightmare. Behind Korey’s charm and star power hides a dark side, one that wants to control her every move, with rage and consequences. Except now he’s dead and the police are at the door. Who killed Korey Fields?All signs point to Enchanted.
LISTEN TO AN EXCERPT:
MY REVIEW:
HarperAudio US · GROWN by Tiffany D. Jackson

Grown by Tiffany D. Jackson
My rating: 4 of 5 stars

Two, I learned while researching the book that it was inspired by the R. Kelly allegations, indicating the book might be disturbing and upsetting-

And three, I’ve already read one book this year with a similar theme, and that book was so dark I decided I never wanted to delve that deeply into his subject matter again- at least not anytime soon.

Yet, every time I turned around this book was in my face with pre-release excitement- in emails, on book club sites, and in ads. Finally, before I could talk myself out of it, I decided to give it a chance.

The story is centered around seventeen- year old Enchanted, a talented girl who sees a chance to showcase her musical abilities. When she catches the attention of superstar Korey Fields, he becomes very proactive, taking her under his wing, promising to shape her musical career. The catch? Korey Fields is controlling, manipulative, and a serial pedophile.

As the story opens, Korey Fields has died in a violent way, and our sweet, but impressionable, Enchanted is alone in the apartment with him. From that point, the story moves back in time, chronicling the events that led up to Korey’s death.

Enchanted narrates the story, explaining how she fell into the clutches of a clever, dangerous sexual predator. As the story progresses the tension mounts, as any adult reader will see exactly where all this is headed, but the question remains- Did Enchanted kill Korey?

This story is a dark, alarming, warning shot that both parents and older teens might benefit from reading. Although the novel parrots the headline grabbing case of R. Kelly, there are universally common signs Korey Fields employed to draw Enchanted into his web.

Sadly, teens need to be made aware of these signs, taught that anyone who attempts to isolate them, is emotionally or physically abusive, or makes them feel uncomfortable in any way does not have their best interest at heart and is dangerous. This book demonstrates this through the eyes of a teenage girl, which is quite effective. Enchanted matures and acquires mental toughness, recognizing her responsibilities, and gathers the courage to tell her story.

It takes a little time for the story to gain momentum, but once the trap is set the suspense is laden with dread, building to a chilling crescendo, leaving the reader stunned and rattled.

This is a thought- provoking novel- again, not the type of story I would want to read too often, but because of the way it is written,
I think this would be an excellent tool to prompt important discussion between teens and adults.

*Note- it should go without saying that this book is one long trigger warning. Proceed with caution. 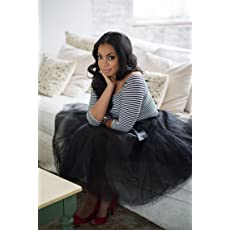 Tiffany D. Jackson is a TV professional by day, novelist by night, awkward black girl 24/7. She received her Bachelor of Arts in Film from Howard University and Master of Arts in Media Studies from the New School University. A Brooklyn native, she is lover of naps, cookie dough, and beaches, currently residing in the borough she loves most likely multitasking.