Murder on Cold Street by Sherry Thomas- Feature and Review 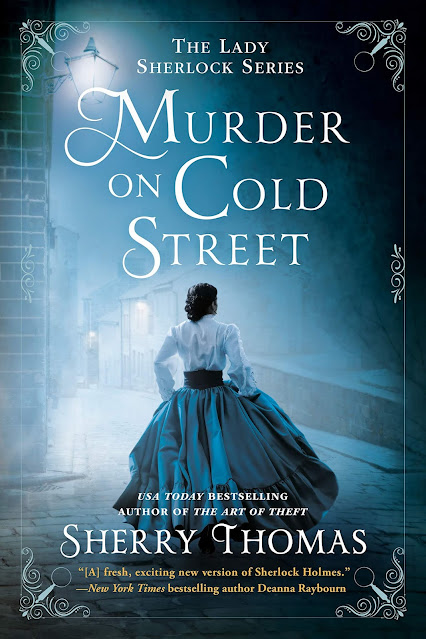 Inspector Treadles, Charlotte Holmes’s friend and collaborator, has been found locked in a room with two dead men, both of whom worked with his wife at the great manufacturing enterprise she has recently inherited.Rumors fly. Had Inspector Treadles killed the men because they had opposed his wife’s initiatives at every turn? Had he killed in a fit of jealous rage, because he suspected Mrs. Treadles of harboring deeper feelings for one of the men? To make matters worse, he refuses to speak on his own behalf, despite the overwhelming evidence against him.Charlotte finds herself in a case strewn with lies and secrets. But which lies are to cover up small sins, and which secrets would flay open a past better left forgotten? Not to mention, how can she concentrate on these murders, when Lord Ingram, her oldest friend and sometime lover, at last dangles before her the one thing she has always wanted?

Murder on Cold Street by Sherry Thomas
My rating: 4 of 5 stars

This is my first book in this series. I wouldn't have chosen to start here, but this is an assigned book - on a deadline, I've already missed- so I dug in, hoping for the best.

Despite missing out on some interesting history between the recurring characters, I thoroughly enjoyed this excellent locked room mystery. I had been curious about this series for a long time, so I'm glad I finally had the chance to check it out. I will definitely continue on with the series and hopefully, I will be able to cram in the previous four books before the next release, so I'll understand all the nuances hinted at in this installment.

If you are following this series, I'm sure you'll find this book to be a worthy addition. For me, I love locked room mysteries and this one was a highly entertaining head-scratcher.

If you love historical and British mysteries or like the various Sherlockian pastiches, then you will probably want to check this series out! If this book is any indication, I think this could become one of my favorites!! 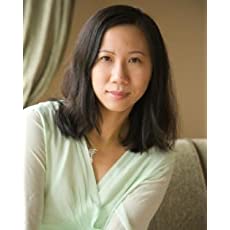 Sherry Thomas writes both historical romance and young adult fantasy.On the romance side, she is one of the most acclaimed authors working in the genre today, her books regularly receiving starred reviews and best-of-the-year honors from trade publications. She is also a two-time winner of Romance Writers of America's prestigious RITA® Award.On the young adult fantasy side, there isn't much to report yet, her debut book, THE BURNING SKY, book 1 of the Elemental Trilogy, has received a starred review from Publishers Weekly and been named to the Autumn '13 Kids' Indie Next List.
Posted by gpangel at 11:00 PM