The Gone Dead by Chanelle Benz- Feature and Review 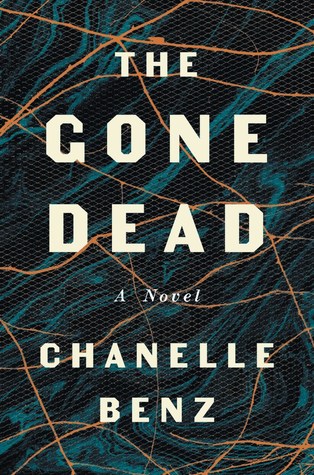 ABOUT THE BOOK:
An electrifying first novel from “a riveting new voice in American fiction” (George Saunders): A young woman returns to her childhood home in the American South and uncovers secrets about her father’s life and deathBillie James’s inheritance isn’t much: a little money and a shack in the Mississippi Delta. The house once belonged to her father, a renowned black poet who died unexpectedly when Billie was four years old. Though Billie was there when the accident happened, she has no memory of that day—and she hasn’t been back to the South since.Thirty years later, Billie returns, but her father’s home is unnervingly secluded; her only neighbors are the McGees, the family whose history has been entangled with hers since the days of slavery. As Billie encounters the locals, she hears a strange rumor: that she herself went missing on the day her father died. As the mystery intensifies, she finds out that this forgotten piece of her past could put her in danger.Inventive, gritty, and openhearted, The Gone Dead is an astonishing debut novel about race, justice, and memory that lays bare the long-concealed wounds of a family and a country.
LISTEN TO AN EXCERPT:
MY REVIEW:
MY REVIEW:

The Gone Dead by Chanelle Benz
My rating: 4 of 5 stars

The Gone Dead by Chanelle Benz is a 2019 Ecco publication.

Race related crimes from the past continue to painfully haunt those living in the present in this tense and timely southern mystery.

This is a short novel, but it still packs a punch. The story is centered around Billie James, a young woman who inherited some money and a run down, barely habitable home in Mississippi. Upon arrival, Billie hopes she can learn more about her father, who had been a renowned black poet. But her inquiries are met with a slew of roadblocks as nearly everyone seems to be warning her off.

Although Billie was around when her father died, a death ruled an accident, she was only four years old and has no memory of that night. However, an odd bit of information causes her to dig her heels in and double down, more determined than ever to find out the truth about her father’s death, despite the possibility it could put her in grave danger.

I nearly read this book in one sitting. Partly is was the brevity of the book, which weighs in at less than three hundred pages in length, but mostly, it was because of the mystery and the superb characterizations. Yes, there is a big cast of characters, which does require some concentration, but I didn't find it as distracting as I normally do.

The old house, the secrets it holds, the racial history in Mississippi and the multiple points of view kept me turning pages as the sins of the past finally comes to light. The portrait of a rural small southern town is captured perfectly and examines the class and race divides that have barely budged in all the years since the death of Billie’s father.

After all is said and done, the reader experiences things through Billie’s eyes, learning simultaneously that injustice lingers forever, and that the past is never truly buried, and it’s never really all that far from the surface- and it should never be forgotten… 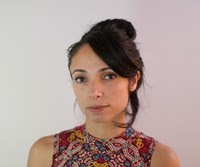 Chanelle Benz has published work in Guernica, Granta.com, The New York Times, Electric Literature, The American Reader, Fence and others, and is the recipient of an O. Henry Prize.
Posted by gpangel at 11:30 PM