The Poison Flood by Jordan Farmer- Feature and Review 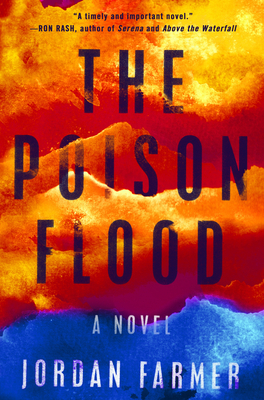 
A captivating, gritty, and tender story of a reclusive musician and the environmental disaster that threatens his small town and changes his life forever.

Hollis Bragg lives on the fringes. The hunchbacked son of a West Virginia hill preacher, he now resides in rural isolation next to the burned-out husk of his father's church, and earns his living ghostwriting songs for a popular band that left the poverty and corruption of Appalachia and never looked back. It's the life he prefers, free from the harsh glare of the spotlight and attachments that lead only to heartbreak.

Then, much to his consternation, he's discovered by Russell Watson, a local musician and fan who also happens to be the rebellious son of the local chemical company magnate. When a devastating toxic spill at the Watson chemical plant poisons the local water, it sets off an unpredictable series of events as Hollis witnesses a murder, faces a shocking betrayal, and begins to come to terms with his body and his past. Soon Hollis will find that in losing his anonymity and reclaiming his music, he can transform his future; and in opening himself up to the world, he might find redemption.

The Poison Flood by Jordan Farmer
My rating: 4 of 5 stars

The Poison Flood by Jordon Farmer is a 2020 G.P. Putnam’s Son’s publication.

The premise of this book intrigued me because I thought the story would primarily focus on environmental issues.

However, the plot is mostly centered around Hollis Bragg, a musician whose ghostwritten songs have provided his childhood friend, Angela, with a successful and lucrative music career.

Hollis, however, is isolated, living off the beaten path in West Virginia. His hunchback is a source of great physical pain and mental anguish at times, and is a major factor in his decision to stay in the background and avoid taking credit for his music.

But, when a combination of events take place, almost simultaneously, one being a massive chemical spill, and the other being recognized by a fan, which leads to even further complications, Hollis’ quiet life is suddenly upended.

Despite the stress of the upheaval, which forces Hollis out of his protective bubble, he finally receives long overdue liberation and confidence.

The story is offbeat, original, and truly shines in some ways, but is often uneven and fails to connect the various themes in a solid cohesive manner.

Still, at the end of the day, Hollis’ journey is a wonder to behold. He battles demons from his past, copes with romantic entanglements, and dubious characters out to use his talent to their advantage.

As Hollis takes stock of his life, he steps outside of his comfort zone and learns to take up for himself and forge his own little place in the world with a stronger sense of self worth.

This is a quick read, somewhat erratic and unstable with all the subplots and eccentric characters, but despite some rough edges it works for the most part. It wasn’t exactly what I was expecting, but it was a rewarding read, overall. 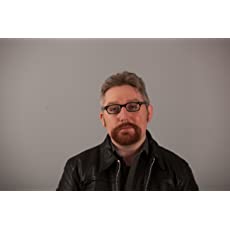 Jordan Farmer was born and raised in a small West Virginia town, population approximately two thousand. He earned his MA from Marshall University and his Ph.D. at The University of Nebraska-Lincoln.