TRUE CRIME THURSDAY: Member of the Family by Dianne Lake- Feature and Review 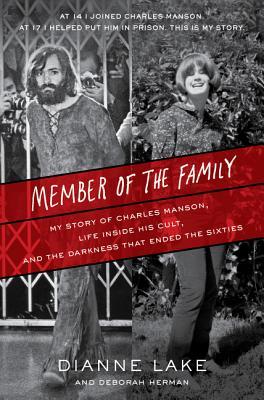 In this poignant and disturbing memoir of lost innocence, coercion, survival, and healing, Dianne Lake chronicles her years with Charles Manson, revealing for the first time how she became the youngest member of his Family and offering new insights into one of the twentieth century’s most notorious criminals and life as one of his “girls”

At age fourteen Dianne Lake—with little more than a note in her pocket from her hippie parents granting her permission to leave them—became one of “Charlie’s girls,” a devoted acolyte of cult leader Charles Manson. Over the course of two years, the impressionable teenager endured manipulation, psychological control, and physical abuse as the harsh realities and looming darkness of Charles Manson’s true nature revealed itself. From Spahn ranch and the group acid trips, to the Beatles’ White Album and Manson’s dangerous messiah-complex, Dianne tells the riveting story of the group’s descent into madness as she lived it.

Though she never participated in any of the group’s gruesome crimes and was purposely insulated from them, Dianne was arrested with the rest of the Manson Family, and eventually learned enough to join the prosecution’s case against them. With the help of good Samaritans, including the cop who first arrested her and later adopted her, the courageous young woman eventually found redemption and grew up to lead an ordinary life.

While much has been written about Charles Manson, this riveting account from an actual Family member is a chilling portrait that recreates in vivid detail one of the most horrifying and fascinating chapters in modern American history.

Member of the Family: My Story of Charles Manson, Life Inside His Cult, and the Darkness That Ended the Sixties by Dianne Lake
My rating: 5 of 5 stars

Member of the Family: My Story of Charles Manson, Life Inside His Cult, and the Darkness That Ended the Sixties by Dianne Lake, Deborah Herman is a 2017 William Morrow publication.

It goes without saying that this book is difficult to read. Dianne holds nothing back as she takes us through her life, explaining how she ended up with Manson and what her life was like inside his cult, living under his thumb, and how she survived.

First and foremost, don’t start labeling me as judgmental until you’ve read this book, because I’m going to call out Dianne’s parents right away. In my opinion, Dianne’s vulnerability stems from a lack of direction and accountability from her parents, who let her down in a big way. Their selfishness, lack of maturity, and complete irresponsibility, led a fourteen -year old girl directly into the path of a psychopath. As a child, she had already experienced some ghastly situations in her family, which, coupled with her parent’s behavior, made her a prime target for Manson’s con, and Dianne fell for it hook, line and sinker.

If you want an insider’s look into what took place during the years leading up to the Manson murders, this is it. You couldn’t get a more candid story than this one. Even if you know a lot about the case, the trial, and so on, Dianne’s story, no matter how knowledgeable you think are, will leave you stunned, shocked, and bereft for everyone who suffered at the hands of this monstrous lunatic.

I won’t go into details, because you want to hear Dianne tell her story, her way. But I highly recommend this book to anyone who can stomach the many difficult passages it contains, because Dianne’s story is ultimately one of triumph, even if she downplays it.

This lady was brave beyond words and she really, sincerely turned her life around. Many people come out of situations like the one Dianne found herself in and have a hard time getting themselves together, understandably.

But sometimes people really do find strength in their faith, which is what Dianne did. Not to sound too cynical, but often times when someone survives a traumatic experience, they have a short- lived dalliance with God or religion. But, for Dianne, it’s the real deal. I believe every word that came out of her mouth, and I do believe she is a real, sincere Christian lady. She endured so much and of course the demons of the past never fully went away. She still has scars and endured challenges in life, of course, and it has taken years of therapy, but I think she's been blessed with a normal, quiet life -for the most part. I think writing this book was cathartic for her and I'm glad she was brave enough to share her personal experience with us, no matter how harrowing.

When the Manson murders took place, I was nowhere near old enough to truly comprehend how chilling the crimes were. I remember seeing the news reports, and I do remember Manson and his ‘girls’, scared me to death.

As a teenager, I attempted to read ‘Helter Skelter’ but it gave me nightmares. I don’t think I ever made it to the end of that one, and I’ve tried to read it multiple times- although I think I might have screwed up my courage to try reading it again.

Just as Jeff Guinn’s book, Manson was released a slew of other books came out around that time pertaining to Manson and his commune/cult. I passed on all of those because Manson still had that eerie effect on me, even though I have read many terrifying true crime books over the years and read tons of dark crime fiction. ( I may also give Jeff Guinn's book a try someday- He did a great job with The Road to Jonestown)

So, while I saw this book had received high marks, I passed on it, and kept doing so for a while. Then I read "The Girls", by Emma Cline- mainly because I knew is fictional- which piqued my curiosity about this book. So, after seeing it continually pop up on my radar, countless times, I finally felt compelled to try it.

I now have a much better understanding of Manson’s pathos, and how he managed to have such a strong hold on the people living in his commune. He was a con man, pure evil, and without conscience.

Dianne’s story is utterly terrifying, and is truly the stuff nightmares are made of. While her personal journey is a poignant one, at the end of the day, she has proven that with her faith, her temerity, the love of her husband, and the support of her children, she is a strong, inspirational person, who can finally make peace with her past.

Overall, this is a very compelling memoir. It has MAJOR trigger passages, which should go without saying. It’s a very, very disturbing story, and very difficult and hard to comprehend on so many levels, even after all this time.

However, I still think it is worth the discomfort to see Dianne triumph over her demons. 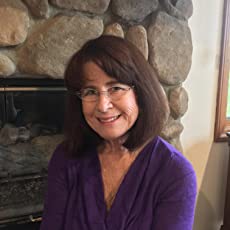 Dianne Lake is a retired special-education teacher and mother of three. She is the author of Member of the Family: My Story of Charles Manson, Life Inside His Cult, and the Darkness That Ended the Sixties.
Posted by gpangel at 1:00 AM