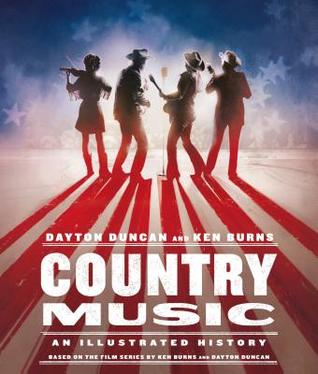 The rich and colorful story of America's most popular music and the singers and songwriters who captivated, entertained, and consoled listeners throughout the twentieth century--based on the upcoming eight-part film series to air on PBS in September 2019
This gorgeously illustrated and hugely entertaining history begins where country music itself emerged: the American South, where people sang to themselves and to their families at home and in church, and where they danced to fiddle tunes on Saturday nights. With the birth of radio in the 1920s, the songs moved from small towns, mountain hollers, and the wide-open West to become the music of an entire nation--a diverse range of sounds and styles from honky tonk to gospel to bluegrass to rockabilly, leading up through the decades to the music's massive commercial success today.
But above all, Country Music is the story of the musicians. Here is Hank Williams's tragic honky tonk life, Dolly Parton rising to fame from a dirt-poor childhood, and Loretta Lynn turning her experiences into songs that spoke to women everywhere. Here too are interviews with the genre's biggest stars, including the likes of Merle Haggard to Garth Brooks to Rosanne Cash. Rife with rare photographs and endlessly fascinating anecdotes, the stories in this sweeping yet intimate history will captivate longtime country fans and introduce new listeners to an extraordinary body of music that lies at the very center of the American experience.

Country Music: An Illustrated History by Dayton Duncan
My rating: 4 of 5 stars

I love Ken Burn’s PBS documentaries. However, I will make a sheepish confession – Often times I tuned in to these documentaries, even though the subject matter wasn’t always one I was all that interested in, just so I could listen to Peter Coyote narrate the series. I love his voice!

While I haven’t seen all the Ken Burns documentaries, the ones I have seen were absolutely incredible. The only one I deliberately did not finish was the one about the Dust Bowl- it was just too depressing.

When I heard Burns was about to do a documentary series over Country Music, I was intrigued. I have had a love/hate relationship with country music, but I was very excited about seeing Burns’s presentation.... And for another opportunity to listen to Peter Coyote!

Unfortunately, I was unable to watch all the episodes of the series when it aired. I caught the first few episodes, but before I was able to go back and finish watching it, it was no longer available to stream on my PBS channel. Maybe someday I’ll be able to find it on a streaming service or on DVD … at an affordable price.

So, while I’m waiting for that, and saving my pennies, I decided to check out this illustrated companion book.

The research, of course, is impeccable and as stated, the book is packed with photographs. It was a fun trip down memory lane for me, in many ways. Now, I know what you are thinking. Aren’t you the big rock, blues and jazz fan? You listen to country music??? I know, many of you would never suspect that the music I was most exposed to growing up was, in fact, country music.

This book, along with the few episodes of the series I got to see, puts the genre into perspective and proves that it is respected across the board by many musicians who are primarily blues and rock artists. The roots of the genre solidify its worth in my eyes and I found the journey through this unique history to be quite interesting and very compelling.

The series is much more in depth, of course, but this book is a great summation especially considering the amount of time covered and the wealth of material that is included, along with all the photographs.

I think this book-and of course the documentary- might be a real eye-opener for those who have a tendency to roll their eyes at country music, or hold it in contempt, thinking it is a lesser form of music. The country music industry is packed with talented writers, singers, and musicians. Not only that, Nashville is very business oriented, which might also surprise a few people.

The only complaint I had, was that once we reached the nineties, the era of time I was most appreciative of country music, and the part I was most looking forward to, was very rushed through. George Strait and Randy Travis barely had a paragraph each!! Seriously? Strait has more number one hits than any other artist in any genre, and he only got a paragraph?

The other thing that gave me pause was how often Marty Stuart was quoted and how heavily the author leaned on excerpts from interviews with Marty. I was wondering why a more diverse group of artists weren’t interviewed for this book and began to think maybe the author and Marty were good pals or something.

Other than that, this book is exceptional, especially while exploring the musical roots of the genre and digging into the early history of country music and how it managed to hang on all these years, surviving all manner of musical trends and suffering from a deep identity crisis. It’s really very interesting.

This book is not just for fans of country music. It should also appeal to all music lovers, as well as history buffs. If you aren’t a fan of country music, or if it’s a genre you are mostly unfamiliar with, I challenge you to check this out- and the documentary- then sample some of the music- older stuff and newer stuff alike. If you open your mind and heart you might be in for a real treat and you just might surprise yourself! 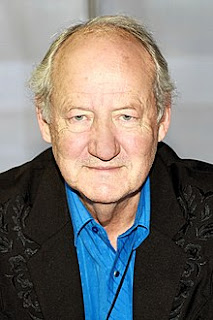 Dayton Duncan is an American screenwriter, producer and former political aide. He is best known for his collaborations with documentary maker Ken Burns
Posted by gpangel at 1:00 AM