Who Speaks for the Damned by C. S. Harris- Feature and Review 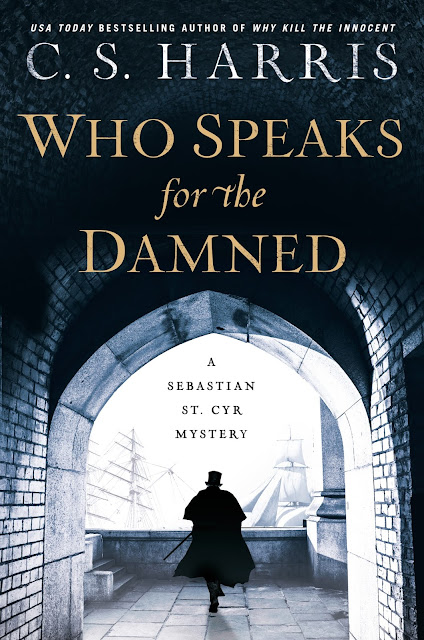 Sebastian St. Cyr investigates the mysterious life and death of a nobleman accused of murder in this enthralling new historical mystery from the USA Today bestselling author of Why Kill the Innocent....
It's June 1814, and the royal families of Austria, Russia, and the German states have gathered in London at the Prince Regent's invitation to celebrate the defeat of Napoléon and the restoration of monarchical control throughout Europe. But the festive atmosphere is marred one warm summer evening by the brutal murder of a disgraced British nobleman long thought dead.
Eighteen years before, Nicholas Hayes, the third son of the late Earl of Seaford, was accused of killing a beautiful young French émigré and transported to Botany Bay for life. Even before his conviction, Hayes had been disowned by his father. Few in London were surprised when they heard the ne'er-do-well had died in New South Wales in 1799. But those reports were obviously wrong. Recently Hayes returned to London with a mysterious young boy in tow--a child who vanishes shortly after Nicholas's body is discovered.
Sebastian St. Cyr, Viscount Devlin, is drawn into the investigation by his valet, Jules Calhoun. With Calhoun's help, Sebastian begins to piece together the shattered life of the late Earl's ill-fated youngest son. Why did Nicholas risk his life and freedom by returning to England? And why did he bring the now-missing young boy with him? Several nervous Londoners had reason to fear that Nicholas Hayes had returned to kill them. One of them might have decided to kill him first.

Who Speaks for the Damned by C.S. Harris
My rating: 5 of 5 stars

Who Speaks for the Damned by C.S. Harris is a 2020 Berkley publication.

I can’t get enough of this series!

Nicholas Hayes, the third son of the Earl of Seaford was presumed dead after being convicted of murder and sent to Botany Bay. But, apparently, rumors of his demise were greatly exaggerated.

He returns to London, from China, with a young child in tow. Whatever his mission might have been, it must have been very important for him to have taken such a high risk. However, his enemies, who have had much to fear from Nicholas, may have snuffed out his life before he had a chance to exact his revenge.

A scandal, and the threat of long buried secrets coming to light is the last thing anyone wants as the royal families of Russia, Austria and Germany arrives in London to celebrate the defeat of Napolean.

Yet, Sabastian finds himself searching for Nicholas’s murderer, and for the missing child who accompanied him, thanks to his Valet, Jules Calhoun, who was a friend of the victim.

Sebastian’s involvement in criminal cases often puts him in danger, but his time, his beloved wife, Hero, winds up in the crossfire, infuriating Sebastian, making him more determined than ever to unearth the truth and find the vulnerable child Nicholas brought with him from China.

Oh man, this was a good book!! A long -ago scandal that had been hushed up, lovers torn apart by power and greed, a child left alone to survive on the mean streets of London, and a riveting whodunit, is enough to make this story compelling.

However, the stunning revelations, and the social and historical lessons, round out this incredible multi-layered story. Not only that, the personal connotations for Sebastian, who can’t help but notice certain similarities between his life and that of Nicholas'- a sort of ‘there, but for the grace of God’ situation, adds yet another layer of depth to the story. I couldn’t stop thinking about this book!

Is this the best book in the series so far? I probably say that after every installment, but yes, this is one the best, if not THE best!!

If you like historical mysteries, this is a series you will want to invest in. If you are a fan of the series, you want to grab a copy of this one ASAP! You won’t be disappointed! 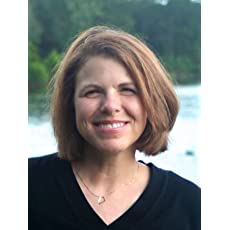