Dodge City: Wyatt Earp, Bat Masterson, and the Wickedest Town in the American West by Tom Clavin- Feature and Review 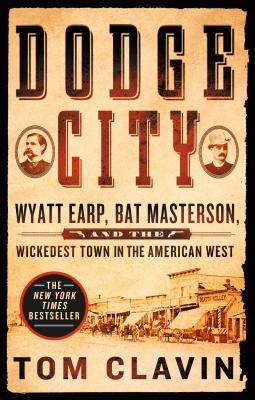 Dodge City, Kansas, is a place of legend. The town that started as a small military site exploded with the coming of the railroad, cattle drives, eager miners, settlers, and various entrepreneurs passing through to populate the expanding West. Before long, Dodge City’s streets were lined with saloons and brothels and its populace was thick with gunmen, horse thieves, and desperadoes of every sort. By the 1870s, Dodge City was known as the most violent and turbulent town in the West.

Enter Wyatt Earp and Bat Masterson. Young and largely self-trained men, the lawmen led the effort that established frontier justice and the rule of law in the American West, and did it in the wickedest place in the United States. When they moved on, Wyatt to Tombstone and Bat to Colorado, a tamed Dodge was left in the hands of Jim Masterson. But before long Wyatt and Bat, each having had a lawman brother killed, returned to that threatened western Kansas town to team up to restore order again in what became known as the Dodge City War before riding off into the sunset.

#1 New York Times bestselling author Tom Clavin's Dodge City tells the true story of their friendship, romances, gunfights, and adventures, along with the remarkable cast of characters they encountered along the way (including Wild Bill Hickock, Jesse James, Doc Holliday, Buffalo Bill Cody, John Wesley Hardin, Billy the Kid, and Theodore Roosevelt) that has gone largely untold—lost in the haze of Hollywood films and western fiction, until now.

Dodge City: Wyatt Earp, Bat Masterson, and the Wickedest Town in the American West by Tom Clavin
My rating: 4 of 5 stars

Dodge City: Bat Masterson, Wyatt Earp and the Wickedest Town in the American West by Tom Clavin is a 2018 St. Martin’s Griffin publication.

This is an extremely interesting history of the time Wyatt Earp and Bat Masterson spent in Dodge City, Kansas.

The landscape and atmosphere of the city, is very vividly drawn, and might be a bit different from the preconceived notions we have, based on westerns we’ve watched on television. The information provided here might also come as a surprise for many. Books, movies, and television have exaggerated and embellished the facts to the point where it is has become hard to separate fact from fiction.

Clavin did a great job of explaining how the legends were born, how these fantastical stories originated, then proceeded to break down the real, true story of Dodge City, Bat Masterson, and Wyatt Earp. I found the reality to be just as fascinating as the overblown legends.

While I love history and historical fiction, excepting a handful of western historical romance novels, I occasionally indulge in, I have never been especially interested in reading a pure Western.

However, years ago, I lost a coin toss with my husband and had to watch ‘Tombstone’, the movie starring Val Kilmer and Kurt Russell. While initially, I sat on the sofa sulking, because westerns were my least favorite kind of movie of all time, before long, I was completely caught up in the comedy and drama, as well as the incredible acting performances. 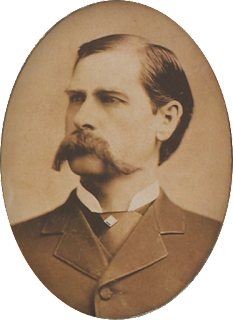 A small seed was planted back then, which made me want to learn more about Wyatt Earp and Doc Holliday. But I never acted on that curiosity because I just wasn’t quite ready to consider reading American Western history- fact or fiction, just yet.

However, that movie did help me better understand who many of the players were in this book and is also why the true story behind these infamous characters was so surprising to me. While I was somewhat familiar with Wyatt Earp’s background, I knew next to nothing about Bat Masterson, which made the portions of the book pertaining to him of greater interest. 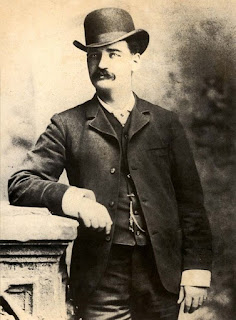 The lives of Bat Masterson and Wyatt Earp did intersect on several occasions, and this book shows the true nature of their dealings with one another. I enjoyed reading about Dodge City as well. In recent years, the city of Tombstone, thanks in part, to the above- mentioned motion picture, has overshadowed Dodge City. However, the city was certainly… lively! The moral compass was not exactly pure to say the least, perhaps even shocking in some ways.

While history buffs may be well versed in this period in American history, even the most knowledgeable will discover some new information about the two men featured in this book, or about Dodge City and some of its inhabitants.

For someone like me, who has avoided anything that might be even remotely defined as a traditional or pure western for years, this book was very enlightening!!

Overall, this is a well organized book, quite interesting, and a much welcomed change of pace for me.

BE SURE TO CHECK OUT TOM CLAVIN'S NEW BOOK AVAILABLE NOW! 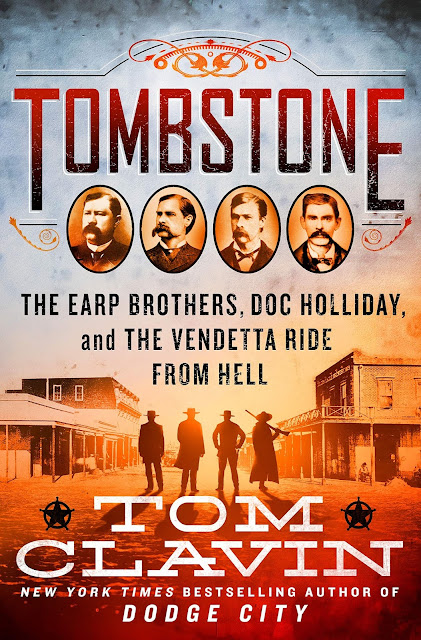 On the afternoon of October 26, 1881, nine men clashed in what would be known as the most famous shootout in American frontier history. Thirty bullets were exchanged in thirty seconds, killing three men and wounding three others.The fight sprang forth from a tense, hot summer. Cattle rustlers had been terrorizing the back country of Mexico and selling the livestock they stole to corrupt ranchers. The Mexican government built forts along the border to try to thwart American outlaws, while Arizona citizens became increasingly agitated. Rustlers, who became known as the cow-boys, began to kill each other as well as innocent citizens. That October, tensions boiled over with Ike and Billy Clanton, Tom and Frank McLaury, and Billy Claiborne confronting the Tombstone marshal, Virgil Earp, and the suddenly deputized Wyatt and Morgan Earp and shotgun-toting Doc Holliday. 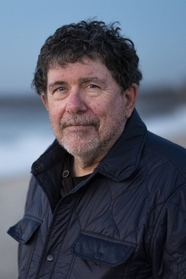 Tom Clavin is the author/coauthor of eleven books. His most recent is That Old Black Magic: Louis Prima, Keely Smith, and the Golden Age of Las Vegas.

His articles have appeared in Cosmopolitan, Family Circle, Men's Journal, Parade, Reader's Digest, and others.
He was a contributing reporter for the New York Times for fifteen years.
Posted by gpangel at 1:00 AM