Call Me Evie by J.P. Pomare- Feature and Review 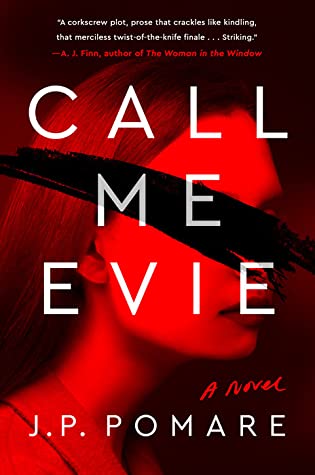 In this propulsive, twist-filled, and haunting psychological suspense debut perfect for fans of Sharp Objects and Room, a seventeen-year-old girl struggles to remember the role she played on the night her life changed forever.

For the past two weeks, seventeen-year-old Kate Bennet has lived against her will in an isolated cabin in a remote beach town--brought there by a mysterious man named Bill. Part captor, part benefactor, Bill calls her Evie and tells her he's hiding her to protect her. That she did something terrible one night back home in Melbourne--something so unspeakable that he had no choice but to take her away. The trouble is, Kate can't remember the night in question.

The fragments of Kate's shattered memories of her old life seem happy: good friends, a big house in the suburbs, a devoted boyfriend. Bill says he'll help her fill in the blanks--but his story isn't adding up. And as she tries to reconcile the girl she thought she'd been with the devastating consequences Bill claims she's responsible for, Kate will unearth secrets about herself and those closest to her that could change everything.

A riveting debut novel that fearlessly plumbs the darkest recesses of the mind, Call Me Evie explores the fragility of memory and the potential in all of us to hide the truth, even from ourselves.

Inventive approach to the domestic/psychological thriller!

This book is a real page turner! Kate is living in New Zealand with her Uncle Jim. She has been led to believe she must change her name to ‘Evie’ and leave her home and everything she holds dear behind for her own protection, because, evidently, she’s done something truly terrible.

Soon she realizes that the entire community thinks she has psychological problems, and with each passing day, Jim becomes more controlling, keeping her locked in her room, and away from computers and the internet. But Kate/Evie is determined to discover the nature of her crime, as she examines the bits and pieces of her past which provide possible clues as to how her life suddenly spiraled out of control.

Did she really commit a heinous crime or is there something more sinister going on?

This novel is very cleverly constructed, keeping the reader absolutely in the dark, wondering who can be trusted, if anyone. Kate’s voice leaves no doubt that she is in sheer terror, unable to figure out if she is guilty or not, and afraid of Jim, who is constantly removing any possible escape route Kate might have worked out for herself.

Kate’s background tells us that her mother has died, leaving Kate in the care of her very over- protective father. But, eventually, Kate reaches the age where she's interested in dating, but has her ease her father into that idea. But it's her best friend who has decided to interfere, leading to a showdown in which something apparently went horribly awry. Could Kate has caused someone’s death? Was it an accident or is she a murderer?

Once I started reading this book, I was totally invested in it. The suspense is taut from beginning to end and left me with tingle running down my spine!!

This is a dark and edgy story I found impossible to put down. There are so many thrilling twists and secrets, I could never let my guard down! If you like psychological thrillers, this one has your name on it! Very impressive debut!! 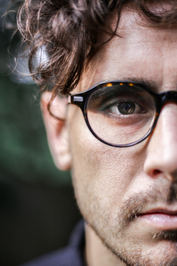 J. P. Pomare was raised on a horse farm in rural New Zealand where he lived until he was eighteen before deciding to travel. After years abroad, including a twelve months living in North America, he settled in Melbourne, Australia and has lived there since.

His debut novel Call Me Evie was released to critical acclaim and won the 2019 Ngaio Marsh Award for best first novel. In The Clearing is his second novel.

J.P. is also the host of the podcast On Writing.