When We Believed in Mermaids by Barbara O'Neal- Feature and Review 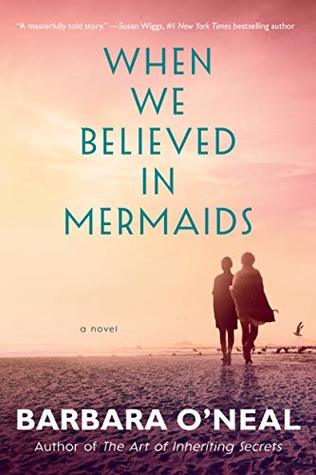 ABOUT THE BOOK:
From the author of The Art of Inheriting Secrets comes an emotional new
of two sisters, an ocean of lies, and a search for the truth.
Her sister has been dead for fifteen years when she sees her on the TV news…
Josie Bianci was killed years ago on a train during a terrorist attack. Gone forever. It’s what her sister, Kit, an ER doctor in Santa Cruz, has always believed. Yet all it takes is a heart-wrenching seconds to upend . Live coverage of a club fire in Auckland has captured the image of a woman stumbling through the smoke and debris. Her resemblance to Josie is unbelievable. And unmistakable. With it comes a flood of emotions—grief, loss, and anger—that Kit finally has a chance to put to rest: by finding the sister who’s been living a lie.
After arriving in New Zealand, Kit begins her journey with the memories of the past: of days spent on the beach with Josie. Of a lost teenage boy who’d become part of their family. And of a trauma that has haunted Kit and Josie their entire lives.
Now, if two sisters are to reunite, it can only be by unearthing long-buried secrets and facing a devastating truth that has kept them apart far too long. To regain their relationship, they may have to lose everything.
LISTEN TO AN EXCERPT:

When We Believed in Mermaids by Barbara O'Neal
My rating: 4 of 5 stars

When we Believed in Mermaids by Barbara O’Neal is a 2019 Lake Union publication.

A drama that probes the complexity of family, sisterly bonds and the power of love and forgiveness

Kit’s sister, Josie, died years ago during a terrorist attack. But, while watching television footage of a club fire, Kit swears that one of the people stumbling out of the smoke and debris is Josie. The resemblance is so uncanny, even Kit’s mother is shaken by it and urges Kit to take time off to pursue the possibility her sister might still be alive.

To that end, she travels to New Zealand, where her search will lead to a host of startling revelations and will change forever her perceptions of the past, the present, of her family, and herself…

I am a sucker for family dramas packed with secrets and lies. This is a touching novel that reminds us that family is family, and that certain bonds, no matter how complicated or difficult, are unbreakable. While mother and daughter relationships are lightly examined, the bond between sisters is at the heart of the story.

The other relationships featured in this tale, are romantic ones. While ‘Josie’s’ marriage is one that must be explored, Kit’s burgeoning relationship with Javier, a man she meets upon her arrival in New Zealand, is often in the forefront- maybe too much so in the beginning.

I had begun to question Kit's resolve to locate her sister as she spent more time pursuing her attraction to Javier that looking for Josie. I also had trouble feeling the chemistry between the couple, initially, maybe because I was more interested in finding out if Kit’s sister was alive, and if so, what would happen when they finally met face to face. I was also more invested in Josie’s marriage and what her husband would do once he found out the truth.

But, as the past began to merge with the present and the fragmented pieces of all the relationships began to form a cohesive unit, I warmed up to Javier a bit more, and absolutely loved the way the story came together in the end.

Overall, this was a wonderful, very engrossing story, with strong themes of familial love, forgiveness, and redemption. It’s also a story about finding inner strength, owning one’s mistakes, resilience, personal growth and love’s power to heal broken relationships. While there are some serious issues explored in this novel, ultimately, it is an uplifting, satisfying book, and I’m glad I finally got around to reading it. 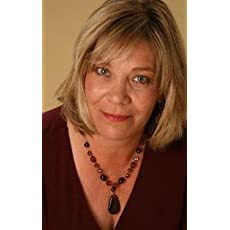 Barbara O'Neal is the author of eleven novels of women's fiction, including How to Bake a Perfect Life and The Lost Recipe for Happiness. Her award-winning books have been published in more than a dozen countries, including France, England, Poland, Australia, Turkey, Italy, Germany, and Brazil. She lives in the beautiful city of Colorado Springs with her beloved, a British endurance athlete who vows he'll never lose his accent.