The German Heiress by Anika Scott- Feature and Review 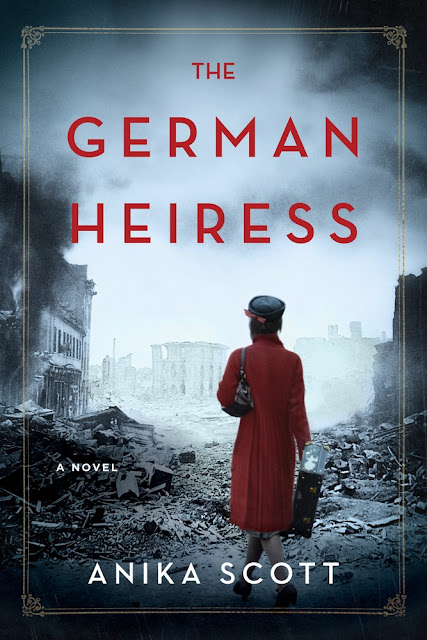 For readers of The Alice Network and The Lost Girls of Paris, an , heart-pounding debut about a German heiress on the run in post-World War II Germany.
Clara Falkenberg, once Germany’s most eligible and lauded heiress, earned the nickname “the Iron Fräulein” during World War II for her role operating her family’s ironworks empire. It’s been nearly two years since the war ended and she’s left with nothing but a false identification card and a series of burning questions about her family’s past. With nowhere else to run to, she decides to return home and take refuge with her dear friend, Elisa.
Narrowly escaping a near-disastrous by a British officer who’s hell-bent on arresting her for war crimes, she arrives home to discover the city in ruins, and Elisa . As Clara begins tracking down Elisa, she encounters Jakob, a charismatic young man working on the black market, who, for his own reasons, is also searching for Elisa. Clara and Jakob soon discover how they might help each other—if only they can stay ahead of the officer determined to make Clara answer for her actions during the war.
Propulsive, meticulously researched, and action-fueled, The German Heiress is a mesmerizing page-turner that questions the meaning of justice and morality, deftly shining the spotlight on the often-overlooked perspective of Germans who were caught in the crossfire of the Nazi regime and had nowhere to turn.

The German Heiress by Anika Scott
My rating: 4 of 5 stars

Clara Falkenberg, once an heiress to the Falkenberg Iron Works has been living under an assumed name since the end of the war. She earned a tough reputation while at the helm of the , but whenever possible, Clara snuck extra rations to workers who were brought in from Russia and Poland to work for them. But eventually she fled Essen fearing retaliation from the Nazis.

However, Clara hasn't heard from her best friend, Elisa, and her teenage son, Willy, and fears the worst. Traveling with fake credentials, Clara attempts a return to Essen to look for them. However, before she reaches her destination, she is detained by Thomas Renshaw, a British Captain who suspects her of having committed war crimes. Clara makes a brave, dangerous, and from him and continues her quest to find her friend.

She soon meets a black marketeer named Jakob Relling, who agrees to help her find Elisa. Jakob guesses early on who Clara really is, but he is also holding back some startling information about Clara's friend.

Meanwhile, Renshaw catches up with Jakob, tempting him to betray Clara in exchange for much need supplies and food for his family.

What choice will he make and what will be the consequences of his decision? Where is Elisa? What happened to her son?

This is a thought-provoking novel, very absorbing and with stark, realistic and vivid depictions of post war Germany.

The story probes the after effects of war, the toll it takes once the impact of the damage sinks in on the ordinary citizens who must grapple with the ravages left behind, and the soul searing personal reckonings of  the deeds they had no control over and those they did.

The age old questions of complicity, of good versus evil, and justification or rationalization for what one does to survive during war, and the guilt that rides shotgun, are probed, as the characters face their own personal demons, looking to find peace, and a way forward.

While Clara is our main protagonist, I think Jakob is the character that truly stands out. There are some very surprising twists and revelations along the way and plenty of moral dilemmas to sort through. There sadness and disappointment, but there is also a light at the end that gives one hope, despite all the evil and human frailty that will haunt these characters forever.

This is a compelling read and touches upon topics not often examined in books set in this era of time. I was surprised by how quickly the story grabbed me and by how much time had passed before I finally looked up from the book, realizing I had nearly finished it in one sitting.

While there is a mystery, much of the book is about drawing attention to the complexities of the war, exposing the gray areas, the denial, and the moral reckoning of the characters. The plot isn’t all the deep, but there are some extremely taut moments of suspense and intrigue and will give readers plenty of food for thought.

Overall, this book appears to be well-researched and offers a lighter, but interesting and different angle of the second world war to explore. 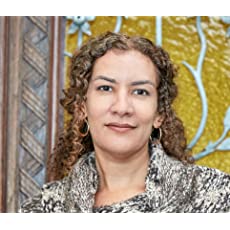 Anika was born on an air force base in Illinois, spent her small childhood years in Omaha, and finally moved to Michigan, where she grew up outside of Detroit. She studied international politics and journalism at MSU and Columbia, and worked on staff at The Philadelphia Inquirer and The Chicago Tribune. She now lives in Germany with her husband and two daughters. Her debut historical novel Finding Clara (UK, Hutchinson PRH) / The German Heiress (USA, William Morrow/HC) is appearing in spring 2020.She loves history and wishes she could pop in and out of different eras to see how people *really* lived. She also loves espionage and almost applied to the CIA once. Good thing she didn't; she would have made a pretty rotten spy.