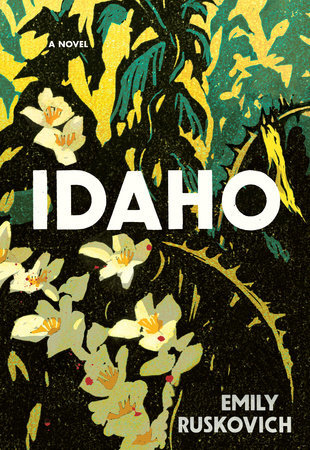 One hot August day a family drives to a mountain clearing to collect birch wood. Jenny, the mother, is in charge of lopping any small limbs off the logs with a hatchet. Wade, the father, does the stacking. The two daughters, June and May, aged nine and six, drink lemonade, swat away horseflies, bicker, and sing snatches of songs as they while away the time.
But then something shocking happens, an act so extreme it will scatter the family in every different direction.
In a story told from multiple perspectives and in razor-sharp prose, we gradually learn more about this act, and the way its violence, love and memory reverberate through the life of every character in Idaho.

Idaho by Emily Ruskovich
My rating: 4 of 5 stars

Idaho by Emily Ruskovich is a 2017 by Chatto & Windus publication.

This book was pushed heavily by some book clubs and by readers on various book sites. I put it on hold at the library, but the wait time was very long. When a copy finally became available, I had forgotten what the book was about and what type of book it was supposed to be. This might have worked in my favor this time around as I had no preconceived expectations.

While it has been listed as a psychological mystery or a novel of suspense, I have mixed feelings about that. To me this book is more literary fiction, which centers around a crime. Yes, there is a mystery, but it’s not what we usually think when that word is applied to a novel.

Obviously, Idaho is the setting for this complex story about love, marriage, illness, family, and forgiveness. But, the violence that brings these events into focus is murky, sad, and mysterious. Questions abound, with few concrete answers, which is frustrating beyond reason, but, there are enough explanations to see how things must have transpired.

Wade and Ann married after a terrible tragedy, and Wade is already exhibiting signs of dementia. Ann loves Wade so much, but she is haunted by the memories he is fast losing sight of and attempts to piece together the reasons why his family was torn to pieces.

Told from various perspectives, the story slowly unwinds in a kind of lackadaisical way, which sharply contrasts with the shocking events the story is built on. The characters seem like they are in a dreamlike state at times as memory plays tricks, by opening the door, then firmly slamming it shut before anyone can get a full understanding of the events that transpire prior to Ann and Wade’s marriage.

I kept hoping for some kind of illuminating breakthrough, a big reveal, or uncovered evidence, but it was not to be. I did get the general implications and thought the ending was emotional, yet fitting.

While some threads are left hanging, which is always a bit disappointing, I was okay with it simply because I felt it was more realistic, but I do hope a day will come when the author might decide to add an additional epilogue or create a sequel to address some of the perplexing questions that were never resolved.

I believe this is a debut novel, and as such, it is most impressive. The writing was astounding and is what swept me up into this atmospheric drama with such ease, and kept me captivated and slightly on edge all the way to the end.

I can’t put my finger on what it was about his story that so captured my imagination, but it held me spellbound and it would not relinquish its hold on me easily.

Again, don’t pick this up expecting the usual mystery or psychological thriller. Technically, this is a crime novel and there is a tense, suspenseful tone, but the mystery is not one that has a definitive or pat answer, but is one where the reader much draw their own conclusions, by reading between the lines.

If you start this book without those preset notions and allow yourself to be led along willingly, you will see so many angles and nuances, amid the deep emotional depths of the characters. If nothing else the writing, which knocked me over, is worth every bit of the time you spend reading this book.

I will be looking out for this author in the future!! 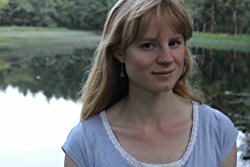 Emily Ruskovich grew up in the Idaho Panhandle, on Hoodoo mountain. Her fiction has appeared in Zoetrope, One Story and The Virginia Quarterly Review. A winner of a 2015 O. Henry Award and a graduate of the Iowa Writer's Workshop, she now teaches creative writing at the University of Colorado Denver. Idaho is her first novel. Website: www.emilyruskovich.com