Chariot on the Mountain by Jack Ford- Feature and Review 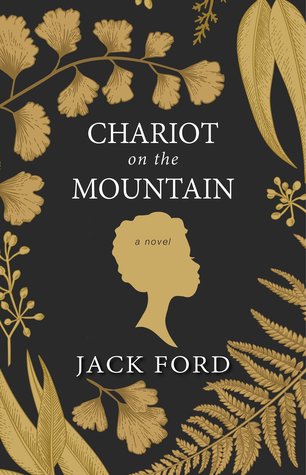 "Once old be dead, you be ' in the fields just like the rest of '. That day ' soon."
Two decades before the Civil War, a middle-class farmer named Samuel Maddox lies on his deathbed. Elsewhere in his Virginia home, a young woman named Kitty knows her life is about to change. She is one of the Maddox family's slaves--and Samuel's biological daughter. When Samuel's wife, Mary, inherits her husband's property, she will own Kitty too, along with Kitty's three small children.
Already in her fifties and with no children of her own, Mary Maddox has struggled to accept her husband's daughter, a strong-willed, confident, educated woman who works in the house and has been treated more like family than . After Samuel's death, Mary decides to grant Kitty and her children their freedom, and travels with them to Pennsylvania, where she will file papers declaring Kitty's emancipation. Helped on their perilous flight by Quaker families along the Underground Railroad, they finally reach the free state. But Kitty is not yet safe.
Dragged back to Virginia by a gang of slave-catchers led by Samuel's own nephew, who is determined to sell her and her children, Kitty takes a defiant step: charging the younger Maddox with kidnapping and assault. On the surface, the move brave yet hopeless. But Kitty has allies--her former mistress, Mary, and Fanny Withers, a rich and influential socialite who is persuaded to adopt Kitty's cause and uses her resources and charm to secure a lawyer. The sensational trial that follows will decide the fate of Kitty and her children--and bond three extraordinary yet very different women together in their quest for justice.
Based on little-known true events and brought vividly to life by Emmy and Peabody award-winning journalist Jack Ford, here is an astonishing account of a time when the traditions of the Old South still thrived, a treacherous journey toward freedom--and a testament to determination, friendship, and courage.

Chariot on the Mountain by Jack Ford
My rating: 4 of 5 stars

Chariot on the Mountain by Jack Ford is a 2018 Kensington publication.

Historically interesting, emotionally riveting- and one whale of legal thriller!

This book is based on the true story of Catherine “Kitty” Payne, a slave and the daughter of her 'owner', Samuel Maddox. When Samuel dies, his wife, Mary, decides to set Kitty and children free, which leads to a contentious, and little- known court case where Kitty had to fight to remain free.

In Ford’s tale, the reader follows Kitty on her journey, chronicling her relationship with Mary and the bold decision to take Mary’s nephew to court when he refused to acknowledge her freedom. A slave taking a white man to court in the pre-civil war era was unprecedented to say the least.

I loved the way the author brought Kitty and Mary to life. The progress of their relationship is one of the most rewarding parts of the story. Naturally, Mary had every reason to feel resentful of Kitty and it would have been within her rights to sell Kitty and her children after her husband’s death.

When Mary decided to honor her husband’s last wishes, she goes above and beyond by escorting Kitty and her children to Pennsylvania where they can obtain their freedom. The journey is a dangerous one, but it is also one that solidifies the special bond the women developed which was like a mother-daughter relationship and a close friendship.

When Mary’s nephew interferes, claiming he had a right to take charge of Samuel’s estate, which included his slaves, he hires a group of ‘slave catchers’ to kidnap Kitty and her children and return them to Virginia. But Kitty insists she is free and decides to take her case to court.

From there, Turner, takes charge of Kitty’s case, and thus begins an arduous, complicated trial that had so many twists I was on the edge of my seat!

I had never heard of this case before now. What an incredible and fascinating story! I’m so glad the author stumbled across it, and shared it through this work of fiction. I so admired these women and their courage and faith.

Everything about this story seems to go against the grain. Mary's decision to help the daughter, her husband fathered with another woman, Zephania taking this case, despite the opposition of family and friends, and the court case itself is nothing short of a miracle considering the time and place in history.

While some abhorrent attitudes still held firm, and some of the characters are despicable, the good people who stood their ground, who faced their enemies and stuck by one another, no matter the consequences, is the part of the story that gives me a slight hope that humanity isn’t as dark and it often appears to be.

This is where we need to keep our focus- on the positive. Right now, times are scary and dark, and it’s brought out the worst in some people, but it’s also brought out the best. Mary and Kitty are an inspiration and a reminder to stay strong, be good to each other, to never give up hope! 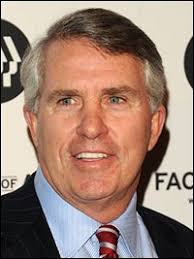 Jack Ford is an Emmy and Peabody Award-winning journalist, author, college professor, award-winning documentary film producer, and former trial attorney.  An original anchor at the launch of Court TV, he was the co-anchor of the Weekend Today Show, a substitute anchor for Nightly News and Meet the Press, and has worked as a correspondent for Good Morning America and ESPN. Currently he is a CBS News Correspondent for 60 Minutes Sports and the co-host of Metro Focus on PBS. He has received two Emmy Awards, a Peabody Award, an American Radio and Television Award, a National Headliner Award, and the March of Dimes FDR Award. A graduate of Yale University and the Fordham University School of Law, he is a Visiting Lecturer at Yale, NYU, and the University of Virginia, teaching a seminar on famous trials.
Posted by gpangel at 1:00 AM