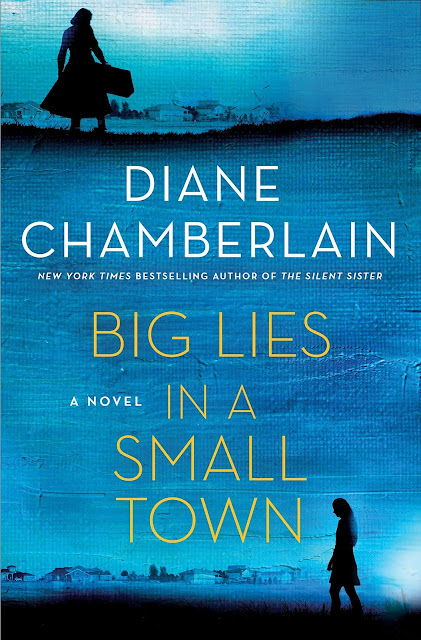 North Carolina, 2018: Morgan Christopher's life has been derailed. Taking the fall for a crime she did not commit, she finds herself serving a three-year stint in the North Carolina Women's Correctional Center. Her dream of a career in art is put on hold—until a mysterious visitor makes her an offer that will see her released immediately. Her assignment: restore an old post office mural in a sleepy southern town. Morgan knows nothing about art restoration, but desperate to leave prison, she accepts. What she finds under the layers of grime is a painting that tells the story of madness, violence, and a conspiracy of small town secrets.
North Carolina, 1940: Anna Dale, an artist from New Jersey, wins a national contest to paint a mural for the post office in Edenton, North Carolina. Alone in the world and desperate for work, she accepts. But what she doesn't expect is to find herself immersed in a town where prejudices run deep, where people are hiding secrets behind closed doors, and where the price of being different might just end in murder.
What happened to Anna Dale? Are the clues hidden in the decrepit mural? Can Morgan overcome her own demons to discover what exists beneath the layers of lies?

Big Lies in a Small Town by Diane Chamberlain
My rating: 5 of 5 stars

Big Lies in a Small Town by Diane Chamberlain is a 2020 St. Martin’s Press publication.

Another example of why Diane Chamberlain is one of my favorite authors!

I am always intrigued by stories centered around art. I have zero talent in that department, so I marvel at those who do. As you can imagine, this story grabbed my attention right away.

The story is built around three artists:

Jessie Jameson Williams- who, upon his death, sets in motion a series of events that will merge the past with the present.

Anna Dale- an artist who in 1940, painted a mural that never saw the light of day, and has long since been forgotten.

Morgan Christopher- an artist who has made a spectacular mess of her life, but is given a second chance when she is commissioned, despite her lack of experience, to restore the mural Anna Dale painted.

When Jessie Jameson Williams passed away, he left instructions in his will for Morgan Christopher to restore Anna Dale's mural- which must be completed in short order. If Morgan fails to deliver, Jessie’s daughter, Lisa, will lose her family home.

But, why did Jessie choose Morgan of all people? This is the question everyone wants an answer to, especially Morgan. The mural is in bad shape, which means Morgan really has her work cut out for her. It’s a challenge Morgan is ready to conquer. As she begins her work, she becomes interested in the life of the original artist. What was Anna Dale trying to convey through her art? What message was she trying to send? What ever became of Anna?

1940-
Anna Dale arrives in Edenton, North Carolina after winning a contest, the prize being the honor of painting a mural which will hang in the local post office.

However, Anna finds herself facing opposition from a few of the locals who had their own artist tapped to do the mural.

Anna’s story is both a beautiful story of friendship and love and a sinister tale that harbors a horrible sense of foreboding.

As Morgan works on the mural, she tries to unravel the mystery of Anna Dale, while also struggling with her part in a horrible crime, for which she was sent to prison. Her story is one of redemption, second chances and hope.

As the two timelines merge, long overdue secrets are uncovered, bringing people together through art and history, in such a lovely, heartwarming way. 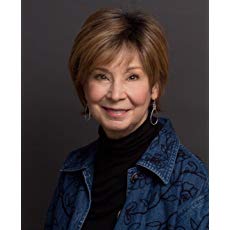 Diane Chamberlain is the New York Times, USA Today and (London) Sunday Times best-selling author of 27 novels. The daughter of a school principal who supplied her with a new book almost daily, Diane quickly learned the emotional power of . Although she wrote many small “books” as a child, she didn’t seriously turn to writing fiction until her early thirties when she was waiting for a delayed doctor’s appointment with nothing more than a pad, a pen, and an idea. She was instantly hooked.Diane was born and raised in Plainfield, New Jersey and lived for many years in both San Diego and northern Virginia. She received her master’s degree in clinical social work from San Diego State University. Prior to her writing career, she was a hospital social worker in both San Diego and Washington, D.C, and a psychotherapist in private practice in Alexandria, Virginia, working primarily with adolescents.More than two decades ago, Diane was diagnosed with rheumatoid arthritis, which changed the way she works: She wrote two novels using voice recognition software before allowed her to get back to typing. She feels fortunate that her arthritis is not more severe and that she’s able to enjoy everyday activities as well as keep up with a busy travel schedule.Diane lives in North Carolina with her significant other, photographer John Pagliuca, and their odd but lovable Shetland Sheepdog, Cole
Posted by gpangel at 1:00 AM