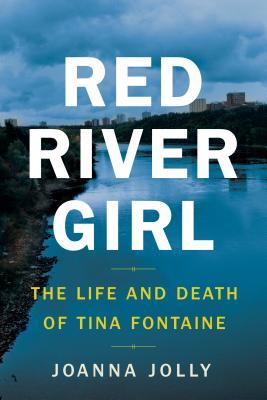 A gripping account of the unsolved death of an Indigenous teenager, and the detective determined to find her killer, set against the backdrop of a troubled city.
On August 17, 2014, the body of fifteen-year old runaway Tina Fontaine was found in Winnipeg's Red River. It was wrapped in material and weighted down with rocks. Red River Girl is a gripping account of that murder investigation and the unusual police detective who pursued the killer with every legal means at his disposal. The book, like the movie Spotlight, will chronicle the behind-the- of a lengthy and meticulously planned investigation. It reveals characters and social tensions that bring vivid life to a story that made national headlines.
Award-winning BBC reporter and documentary maker Joanna Jolly delves into the troubled life of Tina Fontaine, the half-Ojibway, half-Cree murder victim, starting with her childhood on the Sagkeeng First Nation Reserve. Tina's journey to the capital city is a harrowing one, culminating in drug abuse, sexual exploitation, and death.
Aware of the reality of missing and murdered Indigenous women and girls, Jolly has chronicled Tina Fontaine's life as a reminder that she was more than a statistic. Raised by her father, and then by her great-aunt, Tina was a good student. But the violent death of her father hit Tina hard. She ran away, was found and put into the care of Child and Family Services, which she also sought to escape from. That choice left her in danger.
Red River Girl focuses not on the grisly event itself, but on the efforts to seek justice. In December 2015, the police charged Raymond Cormier, a drifter, with second-degree murder. Jolly's book will cover the trial, which resulted in an acquittal. The verdict caused dismay across the country.
The book is not only a true crime story, but a portrait of a community where Indigenous women are disproportionately more likely to be hurt or killed. Jolly asks questions about how Indigenous women, sex workers, community leaders and activists are fighting back to protect themselves and change perceptions. Most importantly, the book will chronicle whether Tina's family will find justice.

Red River Girl: The Life and Death of Tina Fontaine by Joanna Jolly
My rating: 4 of 5 stars

The Red River Girl: The Life and Death of Tina Fontaine by Joanna Jolly is a 2019 Viking publication.

If this case got any media attention here in the US, I don’t recall it. This true crime case is centered around Tina Fontaine, an indigenous teenage girl, whose body was discovered in the Red River in Winnipeg, Canada. Searchers were looking for another person, they feared had died, when they found Tina’s body.

Tina’s case brought attention to the shocking number of missing and murdered indigenous women in Canada, when it made national headlines.

Here, journalist Joanna Jolly follows Tina’s case from the discovery of her body to the stunning trial of the man accused of murdering her. The primary focus of the book, however, is on the investigation, which eventually led to an arrest. There is also some focus on the Canadian system, many blame for having failed girls like Tina. The trial brings the case to a surreal close.

This is a very frustrating and sad book. As an American, I’m not at all familiar with Canadian laws, or their social system, but the core issues at play are very familiar, unfortunately.

The author did a terrific job of highlighting the challenges law enforcement faced and pointing a light of the various social and political issues that could no longer be shoved under the carpet.

The only downside to the author’s straightforward, journalistic style and approach, was that it didn’t leave much room for the reader to get to know Tina in a more personal way. Bringing the victim to life, might have driven the point home in a more forceful, emotional way, making it harder to forget this case and others like it.

The conclusion and outcome of the case was riveting and utterly gut punching! Although I knew ahead of time what the outcome would be, I still sat with my mouth hanging open trying to digest it all.

Overall, this is a very absorbing true crime book. For me, it was also a learning experience. The book is very effective, well researched and organized. True Crime enthusiast, no matter which country you hail from, should read this book! 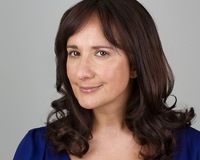 Joanna Jolly is a journalist and author living in the UK. She loved writing as a child and, after graduating with a degree in English Literature, became a journalist. Her work has taken her all over the world - including covering the vote on and transition to independence in East Timor, working as a correspondent in India and Nepal and reporting from Jerusalem, Washington DC, South Africa and Brussels. She has won several journalism awards and in 2016 was a Shorenstein Fellow at the Kennedy School of Government at Harvard University. Joanna's work has often focused on violence against women and their struggle for justice. Red River Girl is her first book.