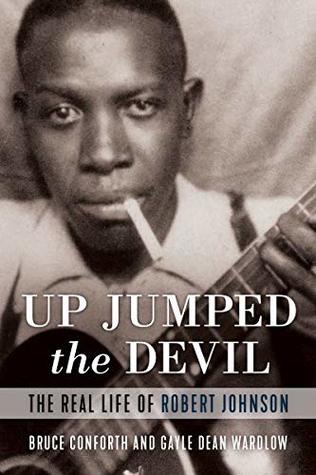 Robert Johnson is the subject of the most famous myth about the history of the blues: he allegedly sold his soul at the crossroads in exchange for his incredible talent, and this deal led to his tragic death at age 27. This single notion can be recited by everyone who has ever heard of him, but the actual story of his life remains unknown save for a few inaccurate anecdotes. Up Jumped the Devil is the result of over 50 years of research. Gayle Dean Wardlow has been interviewing people who knew Robert Johnson since the early 1960s, and he was the person who discovered Johnson's death certificate in 1967. Bruce Conforth began his study of Johnson's life and music in 1970 and made it his personal mission to try to fill in the gaps in what was still unknown about him. In this definitive biography, the two authors relied on every possible interview, resource and document, most of material that no one has ever seen before. As a result, this book not only destroys every myth that ever surrounded Johnson, but also tells a very human and tragic story of a real person. It is the first book about Johnson that documents his years in Memphis, details his trip to New York, uncovers where and when his died and the impact this had on him, fully portrays the other women Johnson was involved with, and tells exactly how and why he died and who gave him the poison that killed him. Up Jumped the Devil will astonish blues fans who thought they knew something about Johnson—most of those things are wrong—and will be a great read for anyone interested in blues, black culture and American music.

Up Jumped the Devil: The Real Life of Robert Johnson by Bruce Conforth
My rating: 4 of 5 stars

Up Jumped the Devil: The Real Life of Robert Johnson by Bruce Conforth is a 2019 Chicago Review Press publication.

Even if you are not familiar with Robert Johnson, you have most likely heard his music, which has been covered by countless other Bluesmen and rock stars- most famously perhaps is Cream’s version of "Crossroads Blues", featuring Eric Clapton.

If you are familiar with Johnson, then you are probably aware of the aura of mystery and myth surrounding his life and his music. Legend has it that Johnson made a deal with the devil at the Mississippi crossroads in exchange for his extraordinary talent as a blues guitarist. What fueled this speculation was that Johnson appeared to have achieved virtuoso status in a very short span of time.

Although many were hearing Johnson’s songs, through other artists, and most assuredly his influence on music, for decades, it wasn’t until the early 1990s, when a box set of his music was released, containing all of his previous recordings, that he began to gain wide, commercial recognition.

The legends and myths surrounding Johnson and his alleged pact with the devil seemed to have been packaged right along with his Grammy winning box set, taking on a life of its own.

Suddenly people were wildly curious about Robert Johnson, whose apparently dubious and painful death at the age of twenty-seven, added even more mystique to his legacy.

There have been books written and documentaries made about Robert Johnson. One documentary - Can't You Hear the Wind Howl- The Life and Music of Robert Johnson- is one I can vouch for- although is was made many years back. There is another one on Netflix, Devil at the Crossroads, but I haven't seen it yet and can't speak to its quality or accuracy.

When it comes to the various books written about him, the ones I have read have been underwhelming- until now.

This book puts most things about Johnson's life into a proper perspective, dispelling a few myths along the way. Although the organization wasn’t as tight as I would have liked, for once, I came away with a descent portrait of Robert Johnson, both personally and musically. I'm not sure how I feel about him personally- specifically his womanizing and blaspheming of God-  but musically, one can't discount his long lasting influence.

Overall, if you are interested in learning more about Robert Johnson, this is the book you want to invest in.

*I listened to this book on Hoopla. The narration is very good- highly recommend! 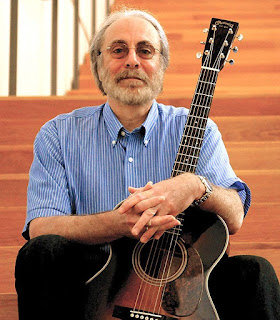 Bruce Conforth was a longtime professor of folklore, blues, popular culture and the history of social movements at the University of Michigan. He was also the founding curator of the Rock and Roll Hall of Fame. He currently lives in Ann Arbor, Michigan.
Posted by gpangel at 1:00 AM