MONDAY'S MUSICAL MOMENTS: Solid State: The Story of Abbey Road and the End of the Beatles- by Kenneth Womack- Feature and Review 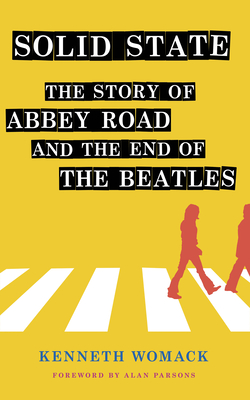 Acclaimed Beatles historian Kenneth Womack offers the most definitive account yet of the writing, recording, mixing, and reception of Abbey Road.
In February 1969, the Beatles began working on what became their final album together. Abbey Road introduced a number of new techniques and technologies to the Beatles' sound, and included "Come Together," "Something," and "Here Comes the Sun," which all emerged as classics.
Womack's colorful retelling of how this landmark album was written and recorded is a treat for fans of the Beatles. Solid State takes readers back to 1969 and into EMI's Abbey Road Studio, which boasted an advanced solid state transistor mixing desk. Womack focuses on the dynamics between John, Paul, George, Ringo, and producer George Martin and his team of engineers, who set aside (for the most part) the tensions and conflicts that had arisen on previous albums to create a work with an innovative (and, among some fans and critics, controversial) studio-bound sound that prominently included the new Moog synthesizer, among other novelties.
Womack shows, Abbey Road was the culmination of the instrumental skills, recording equipment, and artistic vision that the band and George Martin had developed since their early days in the same studio seven years earlier. A testament to the group's creativity and their producer's ingenuity, Solid State is required reading for all fans of the Beatles and the history of rock 'n' roll.

Solid State: The Story of Abbey Road and the End of the Beatles by Kenneth Womack
My rating: 4 of 5 stars

Solid State: The Story of Abbey Road and the End of the Beatles by Kenneth Womack is a 2019 Cornell University Press publication.

Come together, right now-
Over me

Beatles fans never pass up an opportunity to read a new book about the group, no matter how many others they have read in the past. The Beatles are endlessly fascinating and even after all these years, when one might wonder what there might be left to talk about that hasn’t already been analyzed to death, it turns out there are always fresh angles to explore and discuss.

Even if you aren’t a diehard fan of The Beatles, this book will still hold your interest, especially if you have any knowledge of recording technology or music history.

While there can be a little confusion about the last Beatles album- Abbey Road was the last official Beatles album all four members worked on together. Let it Be was released after the group disbanded-and is a story for another day.)

In 1969, the group was coming apart at the seams. While the machine still rolled on, they were in the process of mentally and emotionally divorcing themselves from each other and the group as a whole, having moved on to other planes- at least spiritually, if not bodily.

While their frustrations with legal matters, and their palpable burnout simmers within the pages of this book, the forefront of the book is focused on the various recording techniques used in the making of the album and how the songs and music came together to eventually become one of the best albums of all time.

The Moog synthesizer, stereophonic sound, eight track reel to reel, as opposed to 4- track and other studio polish and garnishes used for the first time by The Beatles, which contributes to its historical significance. Oddly enough, at the time, it was this production that led many critics to initially complain about its lack of authenticity. 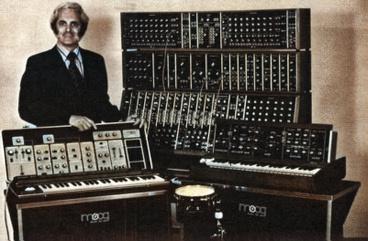 Of course, the Alan Parsons name drop may also be of interest to those who were not aware of his participation in the making of this album. His most notable claim to fame, besides his own personal projects, was his work on ‘The Dark Side of the Moon’ by Pink Floyd- and for his work on the Lord of the Rings movies.

It is amazing how this album came together, considering everything going on behind the scenes. The exciting studio wizardry juxtaposed against the turmoil within the band’s stratosphere, shows the various ways the music is symbolic and a mirror into the lives of the group at that time. While so many things The Beatles did musically inspired people and blazed trails artistically, The Abbey Road album influenced the way music was made and continued to be an example for years to come.

Overall, this is an interesting book, especially for Beatles fans, but also for anyone who enjoys music history. 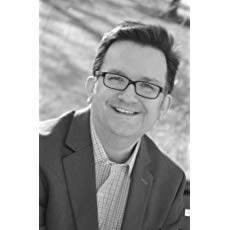 Kenneth Womack is a world-renowned authority on the Beatles and their enduring cultural influence. His latest book project involves a two-volume, full-length biography devoted to famed Beatles producer Sir George Martin. Published in 2017, the first book in the series is Maximum Volume: The Life of Beatles Producer George Martin (The Early Years: 1926-1966). The second volume, published in 2018, is Sound Pictures: The Life of Beatles Producer George Martin (The Later Years: 1966-2016).
Womack is also the author of three award-winning novels, including John Doe No. 2 and the Dreamland Motel (2010), The Restaurant at the End of the World (2012), and Playing the Angel (2013). He is Dean of the Wayne D. McMurray School of Humanities and Social Sciences at Monmouth University, where he also serves as Professor of English.
Posted by gpangel at 1:00 AM