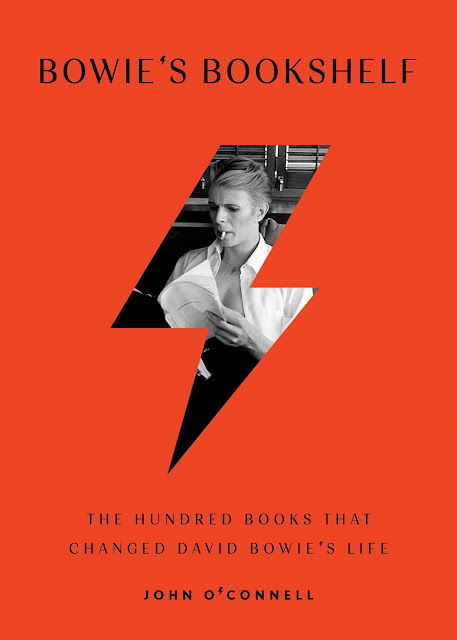 Part epic reading guide and part biography of a music legend, Bowie’s Bookshelf is a collection of mini-essays exploring David Bowie’s list of 100 favorite books in the context of the artist’s life and work.
Imagine a beloved friend sharing their favorite books with you—the ones that shaped them, made them who they are, and inspired them to achieve their dreams. Now imagine that friend is David Bowie.
Three years before he died, Rock & Roll Hall of Famer and Grammy Lifetime Achievement Award-winning artist David Bowie shared a list of the hundred books that changed his life—a wide-ranging and eclectic selection that spans beloved classics like F. Scott Fitzgerald’s The Great Gatsby and George Orwell’s 1984, to more esoteric gems like Fran Lebowitz’s Metropolitan Life and Hubert Selby Jr.’s Last Exit to Brooklyn, and even cult comic strips like Beano and Raw.
Bowie’s Bookshelf celebrates each of Bowie’s favorite books with a dedicated mini-essay, exploring each work within the context of Bowie’s life and its role in shaping one of the most versatile, avant-garde, and cutting-edge musicians of the twentieth century. A fresh approach to celebrating the enduring legacy of David Bowie, Bowie’s Bookshelf is a resounding tribute to the power art has to change our lives for better.

Bowie’s Bookshelf by John O’Connell is a 2019 Gallery Books publication.

Because reading is, among much else, an escape—into other people, other perspectives, other consciousnesses. It takes you out of yourself, only to put you back there infinitely enriched.

This is such a cool little book! I won a copy of this book from a Goodreads giveaway and was smitten with it the instant I laid eyes on it.

Book people tend to like other book people, and Bowie should get a nod of approval from voracious readers, even if you are more of a casual fan, because -as his son, Duncan, has pointed out, he was a ‘beast of a reader’. In 2013, David drew up a list of a hundred books that had influenced him the most.

I had never seen or read his list before now. Naturally, I was very curious to see what books might have influenced someone as diverse as David Bowie. However, I was a little worried that I might not know any of the books on the list. I had imagined David Bowie’s taste in reading material would differ vastly from my own simple taste.

However, I was pleasantly surprised by how many books on the list that I recognized. That doesn’t mean I’ve read them, just that I’d at least heard of them. In truth, I’ve only read three books on his list. But I plan to add more than a handful of them to MY list.

Naturally, Bowie was well read and had a wide range of interests. The list itself is very telling. What John O’Connell has done here, is to write a brief composition about each book, speculating on how or why it may have made an impression on Bowie.

One would have to know Bowie pretty well, I’d think, to assume such a task, but the author did an admirable job, in my opinion. Since I’ve only read three of the books, I can’t really speak to how close to the mark O’Connell’s theories were, but it was fun to read his hypothesis, even if a few of them were a bit odd. Sometimes, the influence is very clear, though, and I had a few “a ha” moments while reading these essays.

There were some interesting tidbits about Bowie sprinkled throughout as well- including how he traveled by train, never in airplanes, and carried with him an entire trunk full of books, neatly arranged.

The author also gives readers a suggested Bowie tune to listen to while reading each specific title on the list.

I thought this book was unique and original, and is one that Bowie fans will relish, and book lovers will cherish. The book is insightful and informative, maybe a little nostalgic and poignant, but also really fun too! 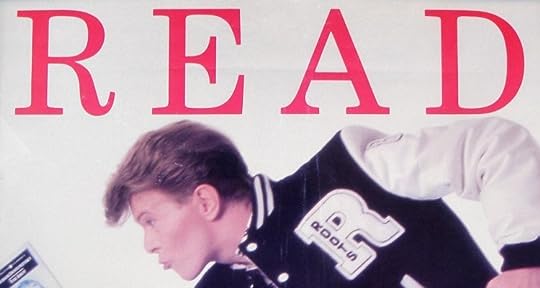 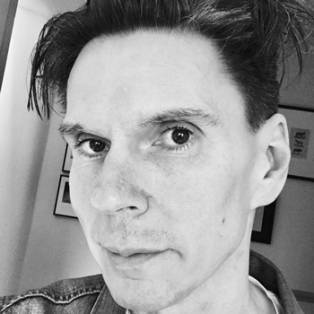 John O'Connell is a former books editor at Time Out magazine and writes regularly for the Guardian and The Times. He is the co-author of I Told You I Was Ill and The Midlife Manual.