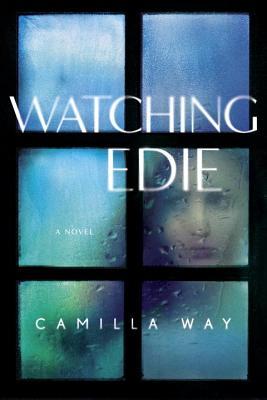 Beautiful, creative, a little wild… Edie was the kind of girl who immediately caused a stir when she walked into your life. And she had dreams back then—but it didn’t take long for her to learn that things don’t always turn out the way you want them to.
Now, at thirty-three, Edie is working as a waitress, pregnant and alone. And when she becomes overwhelmed by the needs of her new baby and sinks into a bleak despair, she thinks that there’s no one to turn to…
But someone’s been watching Edie, waiting for the chance to prove once again what a perfect friend she can be. It’s no coincidence that Heather shows up on Edie’s doorstep, just when Edie needs her the most. So much has passed between them—so much envy, longing, and betrayal. And Edie’s about to learn a new lesson: those who have hurt us deeply—or who we have hurt—never let us go, not entirely…

Watching Edie by Camilla Way
My rating: 4 of 5 stars

Watching Edie by Camilla Way is a 2016 Berkley publication.

The past few months have been very hectic in my household- so I’ve been either catching up on my holiday books before the season is over, or going through my TBR pile and pulling out a few books that have slipped down the list so that I can read them at my leisure, instead of being on a deadline.

I remember when this book was making the rounds on Goodreads, I was very intrigued, but the wait time at the library was so long, I decided to try back later. Three years later, I still had a short wait, but I must say it was well worth it.

Edie’s life hasn’t turned out quite as planned. The once popular girl, now finds herself pregnant, living alone, with very little emotional support. Then out of the clear blue sky, Heather, an old friend from her school days, one she would rather not ever see again, pops up at her door, just when Edie is at her most vulnerable.

From there, the reader is taken back and forth through time as Heather and Edie’s relationship developed, keeping one on edge, wondering just what came between them all those years ago, and worried about what will happen now that Heather has wormed her way back into Edie’s life.

Heather is obviously a bit obsessed with Edie. While at times she seems to be a great, supportive friend, the reader senses something is off about Heather. Does she mean to do Edie harm? Is the baby in danger? Is she out for revenge, or is she just a lonely woman who needs a friend?

This is a stellar novel of suspense! The author did a fantastic job at creating a taut, sinister, creepy atmosphere, while building the tension at such an excruciating pace, I was sitting on the edge of seat from start to finish.

Yet, I never fully guessed the direction the story would take me, until the shocking conclusion.

This is the way a good psychological thriller should progress, in my opinion. There were no over the top twists tossed in for mere shock value. The story is smart, tense, and emotional. There are a few very important topics addressed and I found the story had a lingering effect on me.

Overall, if you are still a bit wary of psychological thrillers, unable to decipher the good ones from the many sub par offerings in an overcrowded genre, I think this one is a very safe bet. I’m going to press the ‘recommend’ button for this one. 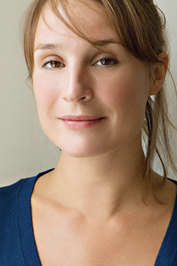 Camilla Way was born in Greenwich, London, and studied Modern English and French Literature at the University of Glamorgan. Her father was the poet and author Peter Way. Formerly Associate Editor of the teenage girls' magazine Bliss, she is currently an editor and writer on the men's style magazine Arena. Having lived in Cardiff, Bristol, Bath and Clerkenwell, she now lives in London.
Posted by gpangel at 1:00 AM