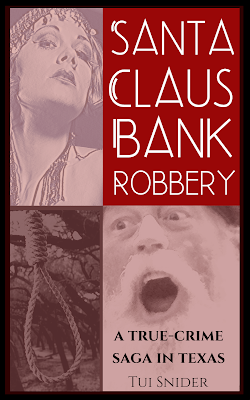 When Marshall Ratliff dressed like Santa Claus to pull a Christmas-time heist, he thought it would be easy. Unfortunately for him, when the citizens of Cisco heard Santa was robbing a bank, they came running - with loaded guns in hand! But can you blame them? In 1927, the only way to earn the $5000 Dead Bank Robber Reward was to kill a bandit while the crime was in progress.
This bungled bank robbery led to a wild shootout and a getaway with two little girls as hostages. And that is only the beginning! Snider’s true-crime tale reads like a comedy of errors as the consequences of the Santa Claus Bank Robber’s actions escalate to include a botched , one of the biggest manhunts in Texas history, and a jailbreak leading to a deadly conclusion. Meanwhile, it’s up to readers to decide whether or not a mysterious blonde helped these gangsters escape. And if so, did she get away with murder?

The synopsis/blurb asked this question:

Think you know all about the Santa Claus Bank Robbery in Cisco, Texas?

Well, I live in Texas, and not too far from Cisco, but I’d never heard anything about this bank robbery, nor was I aware of the museums, songs and shows influenced by this insane story.

In the 1920’s, bank robberies were becoming so commonplace, lawmakers offered a five -thousand- dollar reward to anyone who took out a bandit in the process of robbing a bank. That was a huge amount of money back then, and unbelievably that law stayed on the books until 1964!!

But, when a group of four men, now known as the Santa Claus Gang- Marshall Ratliff, Henry Helms, Lewis Davis, and Robert Hill- decided to knock off the First National Bank in Cisco, they weren’t too worried about being shot, apparently. They had a getaway car, plus one of the bandits had a perfect disguise- a Santa Claus suit.

However, that suit, as it turns out, was more of a hindrance than a help. To say the robbery didn’t go as planned is an understatement of epic proportions. It was just unreal! Kids wanting to see Santa, teenagers with guns, and an all -out melee that resulted in several deaths, with several others wounded.

This is not the first book written about this crime, and the author appears puzzled by the various name changes and omissions from previous publications. Snider doesn’t hold back any information or tiptoe around the possible connections with those on the periphery, or those who may have aided and abetted the robbers. Why other writers may have avoided pointing out those connections is a curious mystery all on its own.

The story follows the case from its conception, all the way through to the aftermath, and reveals the effects on the survivors later in life. The aftermath is most interesting, proving truth is often stranger than fiction. The most interesting relationship to develop over time, was between robber Robert Hill and potential victim Woody Harris.

Wow! Unbelievable. Woody is my favorite person in this story, I think.

The book isn’t all that long and once I got started reading it, I couldn’t put it down. I even got my husband interested in it. The history, of course, is quite fascinating, made even more interesting since I am familiar with most of the areas mentioned in the book. Surprisingly, a few famous names pop up here and there- such as Conrad Hilton. You’ll have to read the book to see how he was connected to Cisco, Texas.

Unfortunately, there are moments of shame in the story too, and not where one might think it should be placed. Citizens behaved just as badly at times and that is a part of the story surely no one is very proud of.

While I’ve read many true crime sagas, this year, this one was one of the wildest stories I have encountered- and it might just be my favorite!

Anyone who likes history will have to read this book, and of course, true crime readers won’t want to miss it, either. 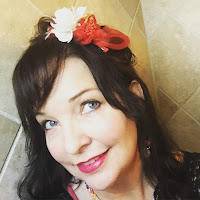 Snider is an award-winning writer, speaker, photographer, and musician specializing in offbeat sites, overlooked history, cemetery symbolism, and haunted lore. As she puts it, “I used to write fiction, but then I moved to Texas!” Tui lectures frequently at universities, libraries, conferences, and bookstoresThis fall, she will speak about the Great Airship Mystery of 1897 at this year’s UFO Congress and teach a course on Understanding Cemetery Symbols at Texas Christian University. She also shares weekly info-videos based on her research her YouTube channel. Snider’s writing and photography have been featured in a variety of media outlets, including WFAA TV, Coast to Coast AM, LifeHack, Langdon Review, the City of Plano, Wild Woman Waking, Shades of Angels and many more. She has several more books in progress. 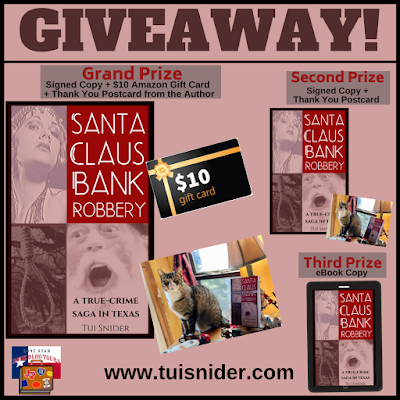