Mrs. Jeffries and the Alms of the Angel by Emily Brightwell- Feature and Review 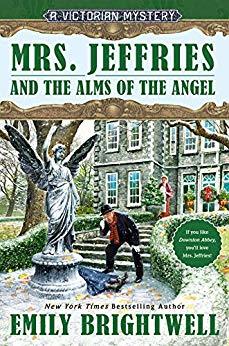 When a wealthy widow is murdered, Mrs. Jeffries investigates what happens when money can't buy your life in this all- new installment in the beloved Victorian Mystery series.
Margaret Starling wasn't the sort of woman anyone expected to be murdered. She was on the advisory board of the London Angel Alms Society, an active member of St. Peter's Church and, best of all, she was always willing to lend a hand to a friend or neighbor in need of advice. So when Margaret winds up dead, the town is shocked.
As they dig deeper into the crime, Mrs. Jeffries and Inspector Witherspoon begin to wonder how well-liked Margaret really was.
Even though it's Christmas, Mrs. Jeffries and Inspector Witherspoon know it's their duty to make sure justice is served....

Mrs. Jeffries and the Alms of the Angel by Emily Brightwell
My rating: 4 of 5 stars

Mrs. Jeffries and the Alms of the Angels by Emily Brightwell is a 2019 Berkley publication.

This is my first book in this long running series. I have often wondered about it, but of course the sheer volume of installments gave me pause. However, it was my understanding that this is one of those series which does not require one to read them in exact order. So, I dived right this 38th installment, and found the author provided enough background information for me to get the gist of the premise and fill in any necessary blanks. The only drawback was my unfamiliarity with the large cast of recurring characters. Maybe someday, I’ll get to know them better, though.

As it so happens, a murder during the Christmas holiday season is something of a yearly tradition for Mrs. Jeffries and Inspector Winslow. However, it seems as though this year could be an exception- until…

By all accounts Margaret Starling is a pillar of her community. She attends St. Peter’s church and generously serves on the board of the Angel Alms Society. But, as of late, she had not at all been herself. For a woman so charitable, she had recently made a few enemies- and now she’s been found bludgeoned to death outside her home.

When Inspector Winslow is called out of his jurisdiction to investigate, the decision steps on a few toes, a situation that could thwart the investigation. But, never fear- Mrs. Jeffries is on the case with her trusty team to make sure the murder is solved before the holidays are over.

I must say, the story is charming, and the mystery is a solid whodunit. Obviously, one should expect a light, simple, clean mystery going , which I did. Although the setup is dubious to say the least, due to the time frame- which is Victorian London- some of the improbabilities are easier to overlook. In fact, the mystery was more challenging than I anticipated, and I found myself rather enjoying it. While I will probably never attempt to read these in order, or on a regular basis, I may add one in here and there, from time to time, just for fun.

Overall, I’m glad I finally managed to satisfy my curiosity about the series, and found Mrs. Jeffries, Inspector Winslow and the entire cast enchanting! 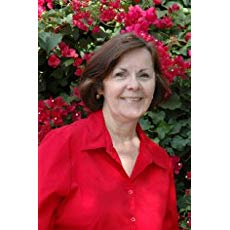 Emily Brightwell was born in the Appalachian mountains of West Virginia. Her family moved to Southern California in 1959 and she grew up in Pasadena. After graduating from California State , she decided to work her way around the world and started in England. She didn't get any further because she met there, got married and moved back to California. While living in Long Beach, she decided to pursue her dream and become a writer - despite having two children and a full-time job. She began the Mrs. Jeffries series in 1993 with "The Inspector and Mrs. Jeffries" and has written thirty-seven more mysteries in the series in the following twenty-four years. The latest mystery is "Mrs. Jeffries and the Alms of the Angel" - a hardcover - published September 24th 2019. Emily has contracted to write three more Mrs. Jeffries mysteries in the coming years.. Now that her children are grown and have left home - Emily and her husband live in Northern Nevada. Her books are also sold in the United Kingdom, Japan, and Hungary.