MANGA MONDAY- The Twilight Man: Rod Serling and the Birth of Television by Koren Shadmi- Feature and Review 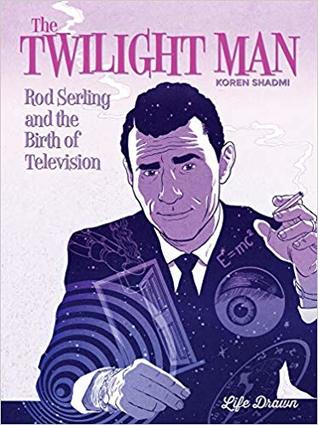 
illustrated biographical tale that follows Hollywood revolutionary Rod Serling's rise to fame in the Golden Age of Television, and his descent into his personal Twilight Zone.We recognize Rod Serling as our sharply dressed, cigarette-smoking tour guide of The Twilight Zone, but the entertainment business once regarded him as the "Angry Young Man" of Hollywood. Before he became the revered master of science fiction, Rod Serling was a just a writer who had to fight to make his voice heard. He vehemently challenged the networks and alike to expand their minds and standards―rejecting notions of censorship, racism and war. But it wasn’t until he began to write about real world enemies in the guise of aliens and monsters that people lent their ears. In doing so, he pushed the television industry to the edge of glory, and himself to the edge of sanity. Rod operated in a dimension beyond that of contemporary society, making him both a revolutionary and an outsider.

The Twilight Man: Rod Serling and the Birth of Television by Koren Shadmi
My rating: 5 of 5 stars

The Twilight Man by Koren Shadmi is a 2019 Life Drawn publication.

An imaginative biographical novel Rod Serling would approve of!

Well, how cool is this? The second I saw this book I knew I had to read it! Why? Because I love, love, love The Twilight Zone! I was also a fan of ‘Night Gallery’ and loved of both anthology series.

But, once I started reading the book, I realized I didn’t really know anything at all about Rod Serling. As his story unfolds, I learned about his military service and some daredevil stunts he participated in. But, before he found success, he went through more than his fair share of rejections. He was just too far ahead of his time, unafraid of addressing uncomfortable subject matter.

His journey to success is fascinating. He was indeed a revolutionary, challenging the television establishment- which earned him the moniker of “Angry Young Man”. I think we owe Serling more than we realized!

This is a must for fans of the Twilight Zone and Rod Serling, but anyone who likes entertainment history will find this book very interesting. Rod packed a lot of living in his short life and his legacy is one that has far surpassed his wildest imagination. The deep meanings of some of the Twilight Zone episodes go far beyond mere science fiction and unexplained phenomena. 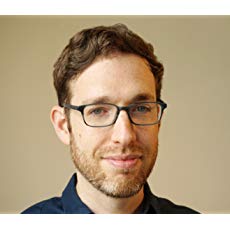 Koren Shadmi is an American-Israeli, Brooklyn based graphic novelist and illustrator. His books have been published internationally and include: In The Flesh, The Abaddon, Mike's Place and most recently: Love Addict: Confessions of a Serial Dater.Koren's illustration and comics have appeared in publications such as: The Wall Street Journal, Wired, BusinessWeek, the Village Voice, The Boston Globe, The New York Times, Mother Jones, Playboy, and many others. His illustration work has won several awards at the Society of Illustrators.
Posted by gpangel at 1:00 AM