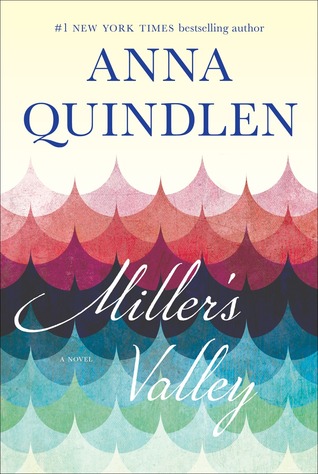 ABOUT THE BOOK:
Filled with insights that are hallmarks of Anna Quindlen’s bestsellers, this extraordinary novel is about a woman coming of age, as she unearths secrets about her family and her town, and surprising truths about herself.

For generations the Millers have lived in Miller’s Valley. Mimi Miller tells about her life with intimacy and honesty. As Mimi eavesdrops on her parents and quietly observes the people around her, she discovers more and more about the toxicity of family secrets, the dangers of gossip, the flaws of marriage, the inequalities of friendship and the risks of passion, loyalty, and love. Home, as Mimi begins to realize, can be “a place where it’s just as easy to feel lost as it is to feel content.”

Miller’s Valley is a masterly study of family, memory, loss, and, ultimately, discovery, of finding true identity and a new vision of home. As Mimi says, “No one ever leaves the town where they grew up, even if they go.” Miller’s Valley reminds us that the place where you grew up can disappear, and the people in it too, but all will live on in your heart forever.

Miller's Valley by Anna Quindlen
My rating: 5 of 5 stars

Miller’s Valley by Anna Quindlen is a 2016 Random House publication.

When this book was up for review on Netgalley, I passed on it, since I was picking up on the ‘coming of age’ vibe, which normally isn’t my cup of tea. But, after reading some very positive reviews, I changed my mind and decided to give the book a try.

For me, this book reads like a fictional memoir since the story begins with Mimi Miller as a child and follows her life all the way into her twilight years. At the heart of the story is Miller’s Valley, a town under constant threat of being flooded out by a weak dam or deliberately, in the name of progress.

Mimi is a child during the sixties, the youngest of three children. Her father, Buddy is a farmer, her mother, Miriam, is a nurse, and together they manage to scrape by. Mimi’s oldest brother Ed is ten years older than her, so they were not especially close, not like she is with her older brother, Tommy.
But, Tommy joins the Marines during the Vietnam war and comes home a changed man, and not in a good way. Also living in on the premises in her own little house is Mimi’s Aunt Ruth, a woman suffering from agoraphobia in the days before such terms were in common use.

“No one ever leaves the town where they grew up, even if they go.”

For Mimi, the bonds built in childhood with her friends LaRhonda and Donald stay with her all through her life, through good and bad times. While these friendships can wax and wane and sometimes turn into nothing more than a nod of recognition later in life, those shared memories of childhood are forever etched into her consciousness.

Mimi is a smart girl with a very bright future, a young woman well ahead of her time, hoping to someday follow in her mother’s footsteps by joining the medical field, but taking it a step further to become a doctor. Unlike many kids who grow up in a rural area, who can’t wait to get out to begin a life in a more populated, cultured area where there are more opportunities, Mimi doesn’t mind living in Miller’s Valley and fears the unstable dam will eventually flood the town, sweeping away the only life she has ever known.

Mimi’s voice is clear, strong, poignant, wistful, nostalgic and will tug on the old heartstrings.

Her journey is bittersweet, as she relates stories from her childhood, listening to her parent’s private conversations through the heating vent, and her special relationship with Tommy, selling corn by the roadside with LaRhonda and Donald, giving us insights into her family dynamic, as we follow along, watching the characters evolve, grow up, make mistakes, deal with family crisis and death, and big life decisions and choices.

I laughed out loud in some places, especially the childhood memories of growing up in the sixties. The old fashioned values such as wearing black before a certain age gave me a chuckle. Seriously, I had that same conversation with my mother in the seventies, I kid you not. I really ‘got’ the time period, the turbulence that seemed to play out in a world outside my own, feeling sheltered from the ugliness in my little corner of the world.

So, Mimi’s story was one I could easily relate to, but as we grow older those childhood bonds somehow slip away, as the world changes, and we have no other choice but to change with it. Mimi’s life is a little more complicated by her brother Tommy’s serious postwar issues, which consumes her at times. But, she continues on her path in life, and is ultimately surprised by life’s little ironies, in a most pleasant way, which delighted me to no end.

While I was deeply absorbed in Mimi’s tale, it wasn’t until the last few chapters that it truly hit me, and it hit me hard. I found myself swallowing frequently, fighting tears as the story concludes in a way I never would have imagined.

It is so true what they say about life’s mysteries, and Mimi’s life proves that point with relish.

I would never have guessed I would have such a strong reaction to this story, and I so happy I decided to take a chance on it. 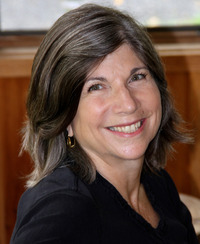 Anna Quindlen is the author of three bestselling novels, Object Lessons, One True Thing and Black and Blue, and three non-fiction books, Living Out Loud, Thinking Out Loud and A Short Guide to a Happy Life. Her New York Times column 'Public and Private' won a Pulitzer Prize in 1992. She is currently a columnist for Newsweek and lives with her husband and children in New York.
Posted by gpangel at 1:00 AM