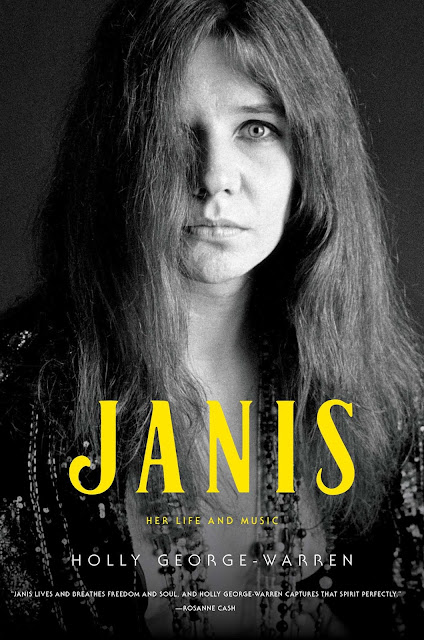 for the 2020 Andrew Carnegie Medals for Excellence
This intimate biography of Janis Joplin establishes the Queen of Rock & Roll as the rule-breaking musical trailblazer and complicated, gender-bending rebel she was.
Janis Joplin’s first act was to be a white girl who gained an early sense of the power of the blues, music you could only find on obscure records and in roadhouses along the Texas and Louisiana Gulf Coast. But even before that, she stood out in her conservative oil town. She was a tomboy who was also intellectually curious and artistic. By the time she reached high school, she had drawn the scorn of her peers for her embrace of the Beats and her racially progressive views. Her parents doted on her in many ways, but were ultimately put off by her repeated acts of defiance.
Janis Joplin has passed into legend as a brash, impassioned soul doomed by the pain that produced one of the most extraordinary voices in rock history. But in these pages, Holly George-Warren provides a and deeply satisfying portrait of a woman who wasn’t all about suffering. Janis was a perfectionist: a passionate, erudite musician who was born with talent but also worked exceptionally hard to develop it. She was a woman who pushed the boundaries of gender and sexuality long before it was socially acceptable. She was a sensitive seeker who wanted to marry and settle down—but couldn’t, or wouldn’t. She was a Texan who yearned to flee could never quite get away—even after becoming a countercultural icon in San Francisco.
Written by one of the most highly regarded chroniclers of American music history, and based on unprecedented access to Janis Joplin’s family, friends, band mates, archives, and long-lost interviews, Janis is a complex, rewarding portrait of a remarkable artist finally getting her due.

Janis: Her Life and Music by Holly George-Warren
My rating: 5 of 5 stars

A stunning portrait of the troubled, restless soul behind the big, brash, larger than life persona that was Janis Joplin-

Holly George-Warren is a seasoned music biographer, but this is the first book I’ve read of hers. Even with all her experience, the author chose to write about a person who was incredibly complex, conflicted, driven, unconventional and tormented. I would think that writing a biography over Janis would be a daunting task and more than a little intimidating. However, the author seemed meant for this task, and has managed to do what few biographers are able to achieve- capturing Janis’s spirit and essence, giving the reader an intimate look at the person behind the persona, stripping away the veneer that she notoriously hid behind, to get a raw, harrowing look at the real Janis Joplin.

By now you know that when I read a biography, I demand organization, and prefer a chronological format. We can go ahead and check those boxes and move on. The research is impeccable, and the cooperation the author received by those who were closest to Janis, included her surviving family, made the book feel very personal and authentic. 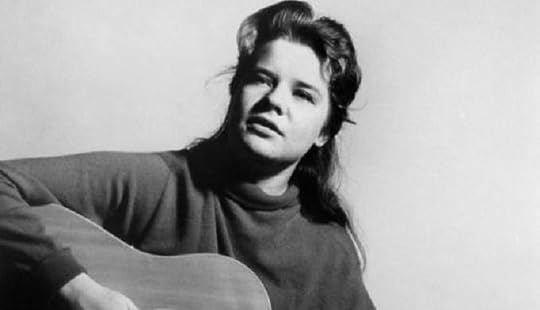 I have read one other book about Janis, way back in the late seventies or early eighties, which was shocking to me back then. I have not read any other biographies, although I have learned there are at least two that are reputable, one of which was written by Laura Joplin, Janis’s sister.

Remembering the naked pain I felt at times when hearing Janis sing, then learning that she did indeed experience some pretty rough times, and knowing she suffered from some kind of powerful, insatiable need for something she couldn’t quite get a grip on, I passed on reading other books about Janis, because I just didn’t know if I was up to the emotional drain her life story might have on me.

Yet, I found myself jumping at the chance to read and review this book and although Janis’ life is one defined by an inability to settle, a healthy self-destructive streak, and loads of angst and tragedy, I felt a real connection to time and place, and truly feel I have a much better understanding of Janis. Listening to Summertime and hearing that haunting, raspy voice again, still sends a shiver down my spine.

Janis’s live performances were so raw, she seemed to absorb the music, and through that expression, released an inner pain that was palpable. She was electrifying, and man, oh man, could she sing the blues!

One can’t argue with her incredible soul and the power she exhibited. She was so cool- a woman who was the star of the show, with an all male band. She was a trailblazer, savvy, and hardworking, and had a huge impact on music, influencing many rock stars, both male and female for many years to come.

But, turn off the stage persona and an entirely different side of Janis emerges, and despite her larger than life presence on the stage, this is the part of Janis that sticks with me. The private anguish, the conflicting parts of herself, the sacrifices she made for non-conformity, and the price she ultimately paid for the career she labored for, and her unconventionality. She died without the love and stability of a long-term healthy romantic relationship, without a family of her own, and without the full approval or acceptance from her parents, which she desperately craved. She died alone in a hotel room in October of 1970, from an accidental heroin overdose.

Biographies are often hit or miss, but folks, this is one of the good ones. The author worked on this book for four years and her respectfulness to Janis, her family, her friends, her music and her legacy is apparent. This book is sobering, and thought - provoking, and of course very sad.

I just wish Janis knew how much she was loved, and what an incredible legacy she left behind, and I hope that she is now enveloped by the peace and love she found so elusive in life… 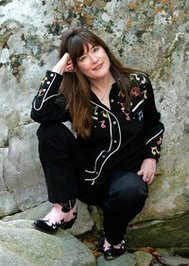