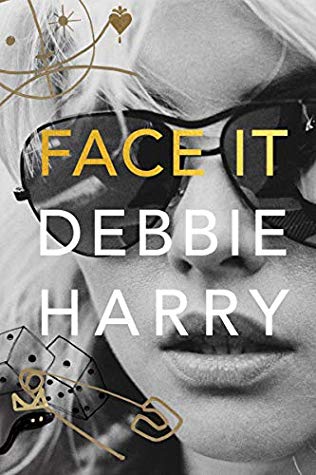 DEBBIE HARRY is a musician, actor, activist and the iconic face of New York City cool. As the front-woman of Blondie, she and the band forged a new sound that brought together the worlds of rock, punk, disco, reggae and hip-hop to create some of the most beloved pop songs of all time. As a muse, she collaborated with some of the boldest artists of the past four decades. The scope of Debbie Harry’s impact on our culture has been matched only by her reticence to reveal her rich inner life – until now.
In an arresting mix of visceral, soulful storytelling and stunning visuals that includes never-before-seen photographs, bespoke illustrations and fan art installations, Face It upends the standard music memoir while delivering a truly prismatic portrait. With all the grit, grime, and glory recounted in intimate detail, Face It recreates the downtown scene of 1970s New York City, where Blondie played alongside the Ramones, Television, Talking Heads, Iggy Pop and David Bowie.
Following her path from glorious commercial success to heroin addiction, the near-death of partner Chris Stein, a heart-wrenching bankruptcy, and Blondie’s break-up as a band to her multifaceted acting career in more than thirty films, a stunning solo career and the triumphant return of her band, and her tireless advocacy for the environment and LGBTQ rights, Face It is a cinematic story of a woman who made her own path, and set the standard for a generation of artists who followed in her footsteps – a memoir as dynamic as its subject.

Face It by Debbie Harry
My rating: 3 of 5 stars

You never know what you are going to get when you start reading a memoir, but it is always hard to write a review for one you feel a little underwhelmed or disappointed with.

So, fans of Debbie Harry, those who will brook no criticism of her, maybe you’ll want to skip this review. I can seem judgmental, more so with a memoir than with a biography written by a third party or a ghost writer.

That’s not really my intent, but I’ve been told I come off sounding that way. Still, these are my personal thoughts and I’m going to be straight up honest about them.

I desperately wanted to like this book. I couldn’t wait for my library to get a copy, so I listened to the audio on Scribd without the benefit of having a digital or print book to complement it- something I rarely do.

At first, I enjoyed listening to Debbie's narration. Being from Texas I don’t get to hear accents like hers too often, and she narrated the book with such an unusual cadence, I was mesmerized by her voice for a while.

But by the second full day of audio, her tone seemed flat and impersonal with little or no emotion or inflection. I really struggled to stay focused on it at times.

As to the format and organization, Debbie gets off to a good start, talking about her childhood, her road to success, and the atmosphere in New York during the seventies, which was bursting with creativity and artistry, but was also a dark, dangerous, terrifying city that was going broke.

Out of this tough environment punk and new wave carved out a fitting niche. Forget corporate rock and bloated songs showcasing guitar and drum solos! As a result, readers will soon learn the one thing Debbie DOESN’T do is gentrification.

Unfortunately, after getting off to such a good start, Debbie occasionally lost her train of thought, and her tight chronological format unraveled, and she started to insert odd little antidotes and wandering off course, playing around with timelines, which is something that rarely works for me with a biography or memoir.

As to my personal views-

I always liked Blondie. The music was catchy with a crossover appeal and I thought Debbie Harry was the perfect front person for the group. I can’t say I was a super fan and up until now I knew very little about Debbie from a personal standpoint. I had heard she had a drug addiction, but other than that I couldn’t have told one other thing about her.

As such, much of what was revealed in her memoir was news to me and I did find her background to be quite interesting. She did reveal one very shocking detail in her life that left me feeling shaken and was the most harrowing moment in the book. I’m not talking about her alleged encounter with a serial killer- although she does mention that episode in the book)

Excepting that one intensely personal and brave revelation, Debbie remained aloof for the most part. While I realize she plays up her sex appeal, and that is a big part of her stage persona, I was a bit surprised by her strong reliance on her outer appearance, and how, despite believing her music was cutting edge, and that she was standing up to men, and for herself, through her music, she placed a very heavy emphasis on her looks and sex kitten persona rather than on her talent. I was disappointed by that and wish she had relayed a stronger stance against the misogyny in the male dominated and controlled music business. In fact, she went out of her way to avoid that subject, explaining that she just put up with it and got on with what she needed to do- which is a cycle we are desperately trying to break.

I suppose she’s still holding fast to her public image and mystique, and maybe she feels like it is still her bread and butter, so she didn't want to shatter that image.

But, that air of mystery leads me to another qualm about the book. A good memoir gives readers an intimate look at the person and is not just about naming names- which Debbie did a lot of – or an oral history of facts and events.

Unfortunately, Debbie skimmed over some of the things I think people are most interested in knowing. Details!! We want to know about Chris Klein- not just that there was a relationship- but what came between them- what broke them up. Tell us about the drug addiction in a way that perhaps suggests a little regret or remorse- some hint of the agony she must have endured to get clean. None of those intimacies are here and I’m wondering if perhaps Debbie was not really all that interested in giving us a prolonged peek behind the curtain, which leads me to believe that she may have been better off going with an authorized biography instead.

All of that said, Debbie Harry is an icon, and although I didn’t get much of a feel for who she is, deep down, I still love her music and was glad I had the chance to learn a bit more about her history.

Those who are very dedicated fans, or were much more involved in the punk scene, and are far more familiar with the atmosphere of that time and place, may not glean anything new from this memoir, but I’m sure the trip down memory lane will be worth your time.

Although I was a little underwhelmed by the book, and I may have made it sound worse than it really was, I’m still glad I read it. There are plenty of interesting, juicy bits of information, lots of sex and drugs, and it was fun to hear Debbie talk about her hair colors and fashion styles over the years. Her work as an actress was far more accomplished than I realized and I enjoyed hearing about her movies, although I don’t think I’ve seen anything she played in. I think Debbie has lived quite a colorful life and deserves her place in music history and as a pop culture icon. 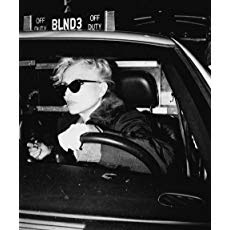 Deborah Ann Harry is a Golden Globe-nominated and Grammy Award winning singer-songwriter and actress most famous for being the lead singer for the punk rock/new wave band Blondie. She has also had some success as a solo artist, recording five solo albums and has sold more 7 million records. In the mid also performed and recorded as part of the Jazz Passengers. Harry has also engaged in an acting career with over 30 film roles and several television appearances to her credit.
Posted by gpangel at 1:00 AM