Conde Nast: The Man and His Empire: A Biography- by Susan Ronald- Feature and Review 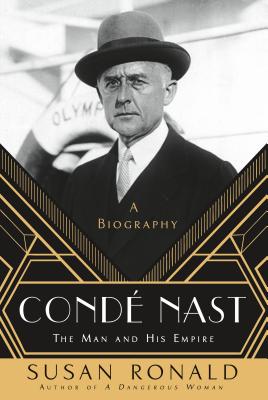 
The first biography in over thirty years of Cond� Nast, the pioneering publisher of Vogue and Vanity Fair and main rival to media magnate William Randolph Hearst.
Condé Nast's life and career as high profile and glamourous as his magazines. Moving to New York in the early twentieth century with just the shirt on his back, he soon became the highest paid executive in the United States, acquiring Vogue in 1909 and Vanity Fair in 1913. Alongside his editors, Edna Woolman Chase at Vogue and Frank Crowninshield at Vanity Fair, he built the first-ever international magazine empire, introducing European modern art, style, and fashions to an American audience.
Credited with creating the "café society," Nast became a permanent fixture on the international fashion scene and a major figure in New York society. His superbly appointed apartment at 1040 Park Avenue, decorated by the legendary Elsie de Wolfe, became a gathering place for the major artistic figures of the time. Nast launched the careers of icons like Cecil Beaton, Clare Boothe Luce, Lee Miller, Dorothy Parker and Noel Coward. He left behind a legacy that endures today in media powerhouses such as Anna Wintour, Tina Brown, and Graydon Carter.
Written with the cooperation of his family on both sides of the Atlantic and a dedicated team at Condé Nast Publications, critically acclaimed biographer Susan Ronald reveals the life of an extraordinary American success story.

Condé Nast: The Man and His Empire -- A Biography by Susan Ronald
My rating: 4 of 5 stars

Conde Nast: The Man and His Empire- A Biography by Susan Ronald is a 2019 St. Martin’s Press publication.

It is hard to believe this is the first biography written about Conde Nast in over thirty years. I think many people may only associate his name with a brand and are either unaware of his history or have forgotten it was his hard work and foresight that influenced society within the pages of his magazine, both in the US and abroad, beginning in 1909, when he bought Vogue. 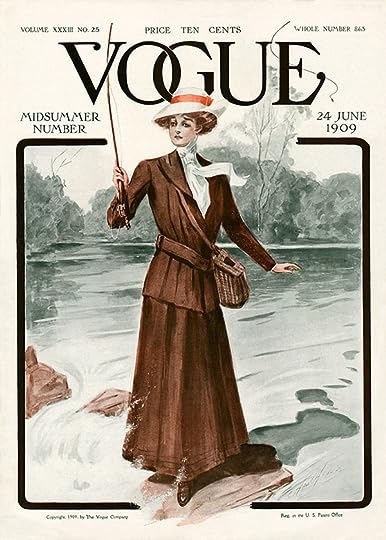 This is a comprehensive biography of Conde Nast and his vision, his influence on and his place in society. I found most of this history quite fascinating, especially as I am a huge fan of Vanity Fair magazine. The behind the scenes politics is pretty juicy stuff- sort of gossipy, if you will, and was all news to me, since it all took place way before my time. Nast’s formidable competition was Randolph Hearst and the two warred it out for many years, with Conde his own quite nicely- until he hit a snag during the depression.

As engrossing as some of the power struggles, and clever business techniques could be, sections of the book were a bit dry and it was hard not to zone out or resist the urge to skim. The writing is thorough, maybe a bit too much, on occasion, but the author’s research stands out. While Conde Nast endured many personal and professional ups and downs, he is mostly portrayed in a positive light and author takes a soft approach with his life story. 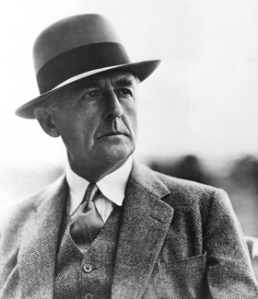 This is an interesting biography which includes some little known, or thought of history, about the publishing business, and the way it evolved over time. Nast was smart, a hard worker, and didn’t abuse his wealth or power, but also made colossal missteps and suffered numerous health issues throughout his life.

If you are interested in publishing, history, or business, you might find this book intriguing. If you are a fan of Vogue or Vanity Fair- in particular- the influence and impressions Conde and his publications had on fashions and society, you will find this book of interest as well.

Although it is occasionally dry, the writing style keeps the pacing moving at a quick pace for a biography. I found it easy to read, despite so many names and events to keep track of.

Overall, the book is informative, interesting, and a compelling biography of Conde Nast- a visionary in the world of publishing. 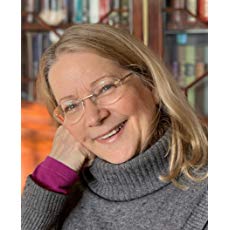 Born and raised in the United States, Susan Ronald is a British-American author and biographer. Now living in England for over twenty-five years, she is the author of eight books ranging across the ages. Her latest book to be published (September 3, 2019) is about the pioneering magazine publisher Condé Montrose Nast. She is also the author of A DANGEROUS WOMAN, HITLER'S ART THIEF, HERETIC QUEEN--QUEEN ELIZABETH I AND THE WARS OF RELIGION, SHAKESPEARE'S DAUGHTER (a novel), THE PIRATE QUEEN--QUEEN ELIZABETH I, HER PIRATE ADVENTURERS AND THE DAWN OF EMPIRE, THE SANCY BLOOD DIAMOND AND FRANCE: THE CROSSROADS OF EUROPE. She has also appeared as herself in documentaries and has produced films and has written screenplays.
Susan is working on her ninth book entitled THE AMBASSADOR about Joseph P. Kennedy as ambassador to the Court of St. James's (1938-1940)
Posted by gpangel at 1:00 AM