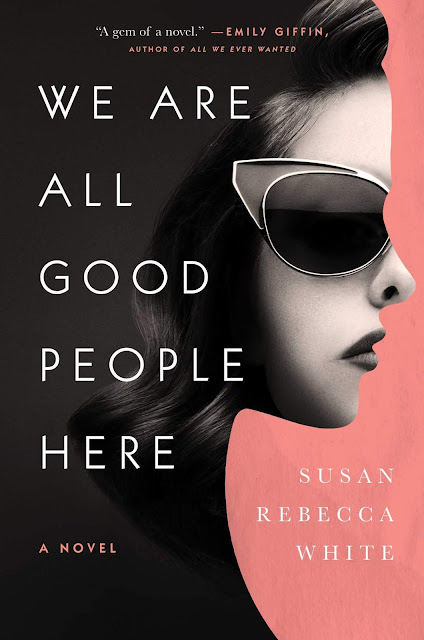 From the author of A Place at the Table and A Soft Place to Land, an “intense, complex, and wholly ” (Joshilyn Jackson, New York Times bestselling author) novel that explores the complex relationship between two very different women and the secrets they bequeath to their daughters.
Eve Whalen, privileged child of an old-money Atlanta family, meets Daniella Gold in the fall of 1962, on their first day at Belmont College. Paired as roommates, the two become fast friends. Daniella, raised in Georgetown by a Jewish father and a Methodist mother, has always felt caught between two worlds. But at Belmont, her bond with Eve allows her to finally experience a sense of belonging. That is, until the girls’ expanding awareness of the South’s systematic injustice forces them to question everything they thought they knew about the world and their places in it.
Eve veers toward radicalism—a choice pragmatic Daniella cannot fathom. After a tragedy, Eve returns to Daniella for help in beginning anew, hoping to shed her past. But the past isn’t so easily buried, as Daniella and Eve discover when their daughters are endangered by secrets meant to stay hidden.
Spanning more than thirty years of American history, from the twilight of Kennedy’s Camelot to the beginning of Bill Clinton’s presidency, We Are All Good People Here is “a captivatingmeaningful, resonant story” (Emily Giffin, author of All We Ever Wanted) about two flawed but well-meaning women clinging to a lifelong friendship that is tested by the rushing waters of history and their own good intentions.

We Are All Good People Here by Susan Rebecca White
My rating: 4 of 5 stars

We Are All Good People by Susan Rebecca White is a 2019 Atria publication.

A familiar theme- but still a compelling thought- provoking story.

The story begins just at the onset of the turbulent sixties where two girls from differing backgrounds meet and bond- not over boys or clothes or parties, but over social injustices they’ve experienced first-hand or were a witness to.

Evelyn Elliot Whalen comes from a wealthy family, while Daniella Gold is from a middle -income family, and whose father happens to be Jewish. The two girls are college roommates and become fast friends. However, their responses to the social injustices they are awakening to are entirely different. While the work with CORE is commendable, there are lines drawn, and sometimes those lines are very blurred. Can change really occur if we color inside those lines? How does well-meaning activism morph into dangerous radicalization?

“We’re all good people here, all trying to muddle through this the best we can."

The ladies take two different paths, each critical of the other’s choices at times. However, their lives converge once again as they raise families of their own. But, when the past comes calling, the decisions they made will affect the next generation and shape them in ways that could solidify their unique familial patterns or break it.

The monumental changes over a thirty- year span of time is highlighted through the two main characters, who cope in different ways, giving the reader plenty of food for thought.

What makes the book even more complex is the southern setting, where certain values and ideals are so deeply embedded it is hard for even the most enlightened progressive thinker to cast them off.

While the author addresses racism and anti- Semitism, she also highlights the polarization of the Vietnam war, and drugs, as well. But we also see the many challenges women faced in the workforce. A woman having a career may be tolerated to a certain extent, but once she had children her career should stop- and forget about advancement or equal pay- just to name a few examples.

The only drawback for me was the disconnect with the characters. It often felt as though I was reading someone’s journal, rather than a fictional drama that plumbs the depths of one’s emotions. The only feelings I could summon were ones of frustration, brought on by some of the choices the characters made.

There is also a rather gruesome scene involving an animal, the imagery of which I could have done without.

This story is one that might not immediately grab you, but as the book progresses, I think the look back on the painful wounds in our country, and various ways people sought to heal those wounds, and bring about change, is what makes the story so compelling.

Certain factions or fringes always spring up in times of turmoil and can often lure in the gentle idealist who has become frustrated by the political climate and the constant cogs in the wheels of change. Because these are the groups that make the headlines, often times, activism of any kind is equated with extremism. This story is most definitely a cautionary tale and I must concur- non-violence and a proper prospective is a must.

But, in truth, the majority of activists, and I consider myself to be one for several important causes, work within the proper guidelines to progress and forge an atmosphere in which we can all play a part, work side by side, and make a difference. It isn’t always perfect, and there have been colossal blunders, but ultimately, great strides have been taken, although they were often very slow in coming. Activism is still important, still powerful and unfortunately, still very necessary.

While this book is primarily the study of the two women who chose different paths, made different choices, and then must cope with the consequences or results of their decisions, it is also a story about friendship, one that endures despite periods of dormancy, and their frustrations and differences.

Although this one failed to push my emotional buttons, and it is a bit slow and uneven at times, I still think that overall, the author reached the goal she set out to accomplish. 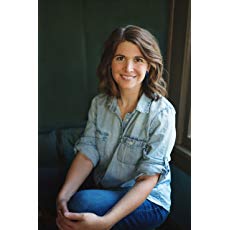 Susan Rebecca White is he author of the critically acclaimed novels Bound South, A Soft Place to Land, A Place at the Table, and We are All Good People Here. She lives in her hometown of Atlanta, Ga., with her husband and son. Visit her online at www.susanrebeccawhite.com.