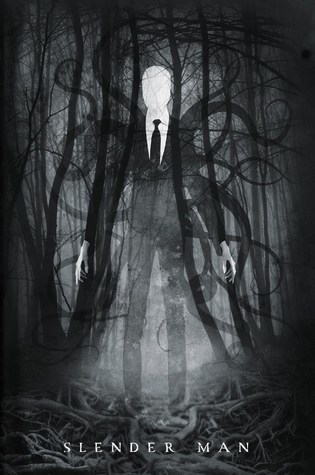 One man’s search for the truth about one of the most intriguing urban legends ever—the modern bogeyman, Slender Man—leads him down a dark, dangerous path in this creepy supernatural fantasy reminiscent of Night Film, House of Leaves, and Illuminae, that will make you question where the line between legend and fact begins
A young man is desperate to find his missing friend . . enough to resort to the darkest means. But just how much is he willing to pay the Slender Man in order to save her?
Told through a variety of narrative devices, including photos, journal entries, e-mails, articles, and other artifacts, this unique spine-tingling story is a brilliant and terrifying look at one of the most fascinating—and diabolical—mythical figures in modern times.

Slender Man by Anonymous
My rating: 4 of 5 stars

The Slender Man- by Anonymous is a 2018 Harper Voyager publication.

The Slender Man, as most people know, is an internet generated supernatural meme, which took on a life of its own back in 2009.

This story is based on that legend. Because I was only vaguely aware of the mythology surrounding the Slender Man, I decided to read this book because of another book I had queued up, which was allegedly influenced by the SM. So, I thought it might be a good idea to learn more of the basics surround the original SM sensation.

This story is centered around high school student, Matt, and his good friend, Lauren. Matt is having horrendous nightmares, so graphic and disturbing his parents put him in therapy. But, when Lauren goes missing, Matt’s nightmares become more intense and more frequent. Meanwhile, it is widely speculated that Matt might have played a role in Lauren’s disappearance. But Matt has a terrible idea he knows where his friend is, and it is up to him to save her.

This story uses several creative means in which to relay the story, such as police interviews, recordings, and Whatsapp conversations, for example. Ordinarily, I have mixed feelings about this approach, finding it more of a distraction than anything else. However, because this story got its start on the internet to begin with, and because it certainly appeals to the young adult audience, the format is fitting, and even effective to some extent. However, despite its unconventional style, the story is easy to follow and because of the unique setup, it is a super- fast read.
Although Matt’s nightmares are lurid and vivid, the book lacks consistent atmosphere. However, the conclusion certainly was climactic and very unsettling.

Overall, this is a short horror story that would fit nicely into your Halloween reading list. It is thoroughly innovative and is definitely a contemporary tale that has all the makings of a future classic.