Reach for a Star by Kathryn Freeman- Feature and Review What if your dreams were so close you could reach out and touch them?
How could anyone resist Michael Tennant, with his hypnotic blue eyes and like molten chocolate? Jessie Simmons certainly can’t. But Jessie’s a single mum who can’t sing to save her life – there’s no way she’ll ever cross paths with the star tenor.
At least that’s what she thinks until she’s unexpectedly invited to take part in a new reality TV show. The premise? Professional singers teach hopeless amateurs how to sing. The surprise? Jessie’s partner is none other than Michael Tennant!
As she becomes better acquainted with the man behind the voice, Jessie find out the hard way that you should never meet your idols? Or will she get more than she bargained for?

Reach for a Star by Kathryn Freeman
My rating: 4 of 5 stars

Reaching for a Star by Kathryn Freeman is a 2019 Choc Lit publication.

Michael Tennant, a fabulously popular singer, who also happens to be pretty easy on the eyes, is about to set off on a world tour. To promote the tour, he’s been roped into participating in a reality television show, in which a professional musician is teamed with an amateur. His job will be to teach his partner how to sing. He really, really doesn’t want to do the show in the first place, but once he hears Jessie Oy!

Jessie Simmons has hoped for passion and excitement in her life and relationships. When she is nudged into auditioning for a reality show, she is floored when she finds herself partnered with her fantasy crush, Michael Tennant!!! What could be more exciting than that?

However, the new partnership hits a sour note when it turns out Michael’s private persona is a far cry from his public one.

This is such a great set-up! Michael is guarded and sheltered, his life structured by his 'ice queen' personal assistant. Jessie comes along and shakes things up, but despite their feelings, the two come from completely different worlds, making it nearly impossible to make the budding romance work in the long term.

The characterizations are spot-on and the dialogue is crisp and sharp. The author did a great job of imagining all the various challenges a couple in this unique situation might face and made it all come life in a light and easy atmosphere. Michael is so arrogant at times- or was it really awkwardness? He is forever saying the wrong thing- but his loneliness is palpable. I just wanted to hug him. Jessie is a scene stealer, though, and I loved her spunk and the way she refused to be intimidated... Especially by the ice queen!

This is a wonderful, well-rounded romance, balancing a bit of mature angst with humor, family, friendship and a truly delightful HEA!! 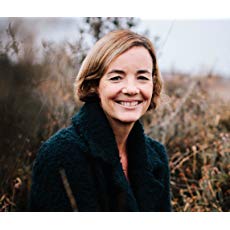 Kathryn started her working life as a retail soon trying to decipher doctors' handwriting wasn't for her. Next she joined the pharmaceutical industry where she spent twenty happy years working in medical communications, doing a lot of writing - about medicines. What she really wanted to write about though, was romance.In 2011, backed by her family, she left the world of pharmaceutical science to begin life as a self employed writer, juggling the two disciplines of medical writing and romance. Some days a racing heart is a medical condition, others it's the reaction to a hunky hero...She lives with two teenage boys and a husband who asks every Valentine's Day whether he has to bother buying a card again this year (yes, he does) so the romance in her life is all in her head. Then again, her husband's unstinting support of her career change goes to prove that love isn't always about hearts and flowers - and heroes can come in many disguises.She can often be found on Twitter (@kathrynfreeman1) and Facebook (/) when she should be writing.
Posted by gpangel at 1:00 AM