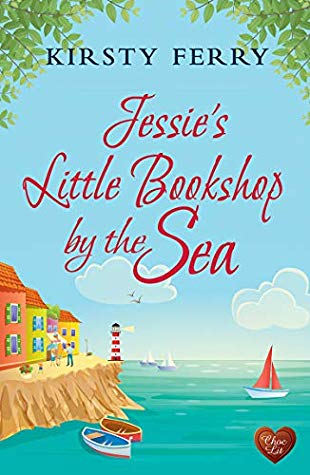 Another wonderful new story from Kirsty Ferry. Part of Kirsty's Tempest Sisters they can all be read on their own. This is Jessie's story.
Take a trip to the little bookshop by the sea
Jessie Tempest has two main interests: reading books and selling books. Her little bookshop in the seaside town of Staithes is a hideaway from the chilly Yorkshire wind, but it’s also Jessie’s sanctuary from the outside world.
When writer Miles Fareham and his son Elijah arrive to stay in the holiday apartment above the shop, it’s a test for has always felt clueless when it comes to kids. But as she learns the story of the single father and the inquisitive eight-year-old, Jessie that first impressions aren’t always the right ones – and, of course, you can never judge a book by its cover!

Jessie's Little Bookshop by the Sea by Kirsty Ferry
My rating: 4 of 5 stars

Jessie’s Little Bookshop by the Sea by Kirsty Ferry is a 2019 Choc Lit publication.

A darling story full of heart and hope!

Jessie's life is books- literally. She reads books and sells them in her little bookshop in Staithes, Yorkshire. But, Jessie is thrown for a loop when Miles Fareham and his son Elijah arrive to stay at the holiday apartment above the shop.

First, she had an awkward run in with the father and son before they arrived at the shop, and second, Jessie is not too keen on children. However, she and Michael attempt to make the best of the situation. Before long Jessie finds herself forming an attachment to the lonely, guilt -ridden single father, and utterly charmed by his adorable son. But can Michael let go of his painful past to make a fresh start for himself and Elijah.

This is another charming story in the Tempest Sisters series. All the books in the series can easily be read as standalones.)

While there is an occasional melancholy tone to the story, the clouds slowly lift, and Jessie learns to relax around Elijah and takes great strides toward emotional maturity. Michael is carrying around a lot of heavy baggage and his story is a little bittersweet. Elijah seemed a step ahead of his father sometimes, able to see what the adults couldn’t. The encouragement Michael and Jessie give Elijah to enjoy reading is also a nice touch! The connection and chemistry between Jessie and Michael give them both a chance at a fuller, more rewarding life- if only they have the courage to grab it!

Kirsty Ferry has become a favorite author of mine over this past year, especially. Her stories are always right up my alley, whether they are time slip romances or stories like this one that warms the heart and nourishes the soul. This is another sweet and touching story full of hope, love, and…. Books!! 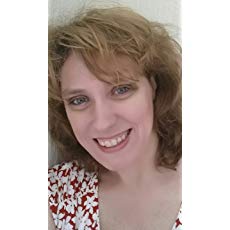 Kirsty is from the North East of England and won the English Heritage/Belsay Hall National Creative Writing competition in 2009. She has had articles and short stories published in various magazines, newspapers and anthologies and was also a judge in the Paws 'n' Claws 'Wild and Free' Children's Story competition in 2011 and in 2013. 'The Memory of Snow', her first novel, was commended in the Northern Writer's Awards, shortlisted the top five of Wyvern's novel competition in 2011 and in the Red Telephone Novel Competition in 2012. You can find out more about Kirsty and her work at www.rosethornpress.co.uk
Posted by gpangel at 1:00 AM