One Fatal Mistake by Tom Hunt- Feature and Review 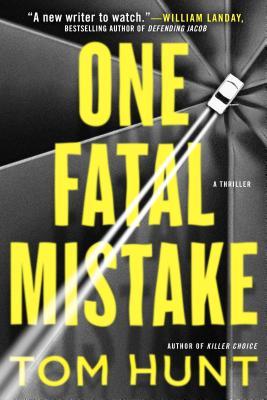 Her son accidentally kills a man.
They cover it up.
Then everything goes wrong.
When eighteen-year-old Joshua Mayo takes a man's life in a horrible accident, he leaves the scene without reporting the crime to the police. He hopes to put the awful night behind him and move on with his life. But, of course, he ends up telling his mother, Karen, what happened.
Karen has raised Joshua on her own in Cedar Rapids, Iowa--and she'd thought they'd finally made it. He was doing well in school and was only months from starting college. After hearing his dark confession, she is forced to make a choice no parent should have to make, one that draws them both into a web of deceit that will change their lives forever--if they make it out alive....

One Fatal Mistake by Tom Hunt
My rating: 3 of 5 stars

One Fatal Mistake by Tom Hunt is a 2019 Berkley publication.


Eighteen- year old Joshua Mayo is involved in a hit and run accident and is hoping to keep it covered up, especially from his mother, Karen. But, as mothers often do, Karen eventually learns the truth.

Inexplicably, Josh and Karen and Ross and Amber’s lives collide forcing Karen to do the unthinkable to save her son’s life.

There is never a dull moment in this emotional, high-octane thriller. It was very easy to get sucked into the saga, especially between Karen and her son. The story feels a little like a cautionary tale, although the main theme throughout is that of familial bonds and the lengths one might go to in order to save someone they love.

It is curious how we all set bars at different heights when it comes plausibility limits. I’m one who firmly believes that fiction should be given the benefit of the doubt, and that is especially true with thrillers. In this case, however, I felt I had to overlook a few too many improbabilities. Sometimes it was the dialogue I took issue with, and of course some of the scenarios and rationalizations didn’t seem realistic or make much sense to me.

Maybe try burning something that is not food on a grill, then putting hot items in a plastic trash bag- for example. What mother of an eighteen- year old son doesn’t know what PS4 stands for? And that ridiculous explanation Josh gave Karen for the damage to his car. Nope- that wouldn't have flown with me- at all.

Stupid little things like that got on my nerves a little bit. But, maybe I’m just being ticky-tacky today.

Despite that, the book is an edge of your seat thrill ride. Not only that, there is a somber, emotional edge to it, especially at the conclusion. No soft sell or slaps on the wrist. Still, I rooted for the characters, hoping that everything would work out for the best.

The author did a great job with putting the characters in situations that force the reader to consider how they might react under the same set of circumstances. That question is at the heart of the story more than anything else.

So, overall, this is a fast and easy read, and even though I balked at a few absurdities on several occasions, this is still a solid, entertaining crime drama. 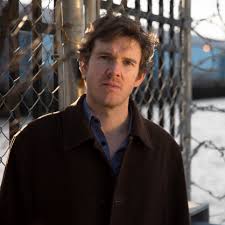 Author of KILLER CHOICE and ONE FATAL MISTAKE. Born and raised in Iowa, always a Hawkeye, live in NYC now.