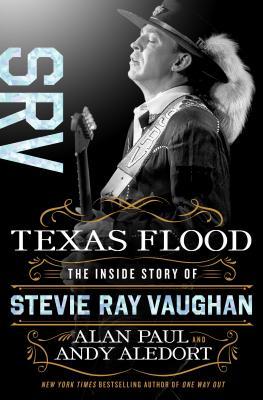 
The first definitive biography of guitar legend Stevie Ray Vaughan, with an epilogue by Jimmie Vaughan, and foreword and afterword by Double Trouble’s Chris Layton and Tommy Shannon.
Just a few years after he almost died from a severe addiction to cocaine and alcohol, a clean and sober Stevie Ray Vaughan was riding high. His last album was his most critically lauded and commercially successful. He had fulfilled a lifelong dream by collaborating with his first and greatest musical hero, his brother Jimmie. His tumultuous marriage was over and he was in a new and healthy romantic relationship. Vaughan seemed poised for a new, limitless chapter of his life and career.
Instead, it all came to a shocking and sudden end on August 27, 1990, when he was killed in a helicopter crash following a dynamic performance with Eric Clapton. Just 35 years old, he left behind a powerful musical legacy and an endless stream of What Ifs. In the ensuing 29 years, Vaughan’s legend and acclaim have only grown and he is now an undisputed international musical icon. Despite the cinematic scope of Vaughan’s life and death, there has never been a truly proper accounting of his story. Until now.

Texas Flood provides the unadulterated truth about Stevie Ray Vaughan from those who knew him best: his brother Jimmie, his Double Trouble Tommy Shannon, Chris Layton and Reese Wynans, and many other close friends, family members, girlfriends, fellow musicians, managers and crew members.

Texas Flood: The Inside Story of Stevie Ray Vaughan by Alan Paul
My rating: 5 of 5 stars

Texas Flood: The Inside Story of Stevie Ray Vaughn by Alan Paul is a 2019 St. Martin’s Press publication.

This book made me feel like I’d been invited to a memorial service for Stevie, with everyone who knew and loved him, either personally or professionally gathered around sharing intimate memories of Stevie’s life from their own unique perspective.

I remember when Stevie died, perhaps more vividly than I might have because of a death in my own family just days before. Despite my personal grief, I was still in utter shock and disbelief. Yet, it would be years down the road before I was able to truly absorb the magnitude of his loss and the incredible void he left in the world of music. 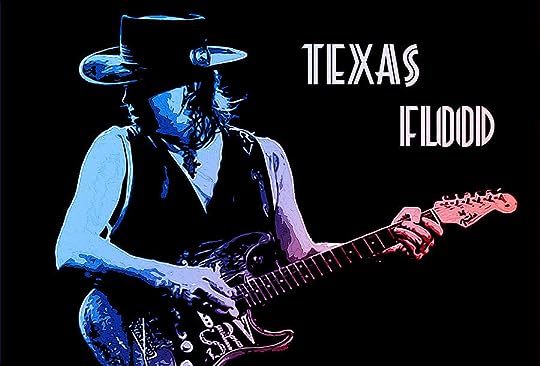 This book is not written in the traditional biographical format. The presentation is unique, a compilation of interviews, reflections, and recollections.

I loved it!! Memories are so subjective. Sometimes people remembered events differently or had differences of opinion.

That gave the book a realistic quality and made me feel as though nothing was being glossed over or sugarcoated or left out, because at the end of the day we all experience events in different ways. Anything too pat, might be circumspect. This material came straight from the mouths of the participants. Their words were pure, unedited with no way to put a spin on it.

I think it is the unique layout of the book that gives it such a personal and emotional atmosphere. I admired the way the author assembled the information, letting those who were there, tell the story chronologically. Using this unconventional approach took some extreme organizational skills, and the author pulled it off quite nicely. 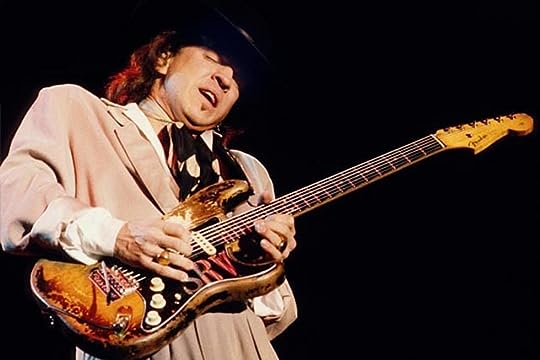 Over the years, the little details of Stevie’s life have slipped from my consciousness. This book brought back a few memories for me, not just musically, but geographically, since Stevie was a home- grown talent. There are so many talented blues artists, so many guitar heroes out there, but no one could touch Stevie Ray Vaughn. The guy was electrifying. It wasn’t just his skill- There was an aura around him, a presence, that spilled over his live performances casting a spell over his awed audience.

I miss Stevie a lot. I often wonder just how far he would have traveled musically and personally, as well. His life was clicking into place, coming together on all fronts. He was blazing hot with nowhere else to go but up. His death was a tragedy of epic proportions, only made worse by the knowledge that it was preventable. Hearing the various artists reflect on that fateful decision reiterates the senselessness of it, only compounding the loss even more. 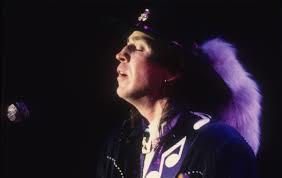 In some ways, though, this book was cathartic for me. I never really got to grieve this loss has I have other artists who left an indelible mark on me. I enjoyed hearing these heartfelt, humorous, honest, harrowing, poignant, and inspirational stories about Stevie, learning a few details about his career I didn’t know, or had forgotten about over time. But mostly this book was a reminder of what a great talent Stevie was and how grateful I am for the influence he had on me and my great love affair with pure blues.

The sky is still crying…. 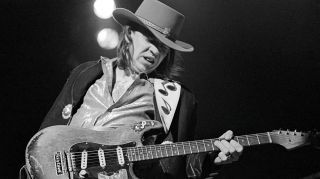 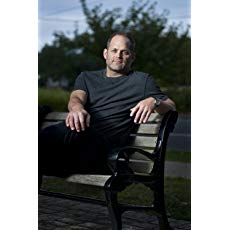 Alan Paul is the author of the Top Ten New York Times Bestseller One Way Out: The Inside History of the Allman Brothers Band. Paul is a senior writer for Guitar World and a regular contributor to the Wall Street Journal. He wrote "The Expat Life" column for the Wall Street Journal Online from 2005- 2009. The National Society of Newspaper Columnists named him 2008 Online Columnist of the Year. He also reported from Beijing for NBC, Sports Illustrated, the WSJ, and other media outlets. 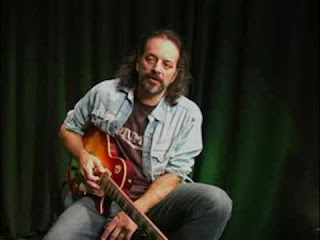 Over the last 10 years, Andy Aledort has sold over one million instructional DVDs, and continues to produce new DVD products for Guitar World and Turefire. Andy performs regularly in the tri-state area with his band, the Groove Kings, and are looking to expand their touring parameters.