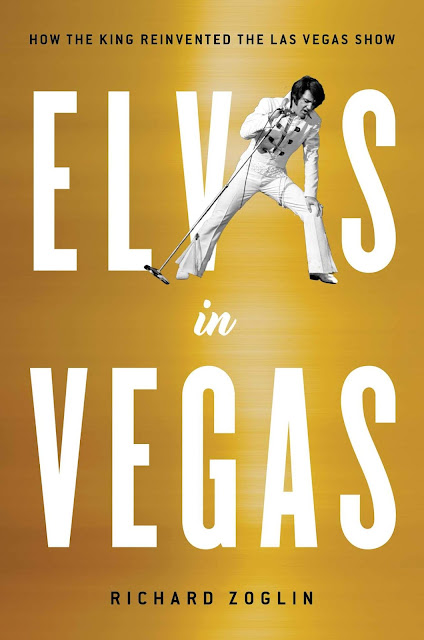 The story of how Las Vegas saved Elvis and Elvis saved Las Vegas in the greatest musical comeback of all time.
The conventional wisdom is that Las Vegas is what destroyed Elvis Presley, launching him on a downward spiral of drugs, boredom, erratic stage behavior, and eventually his fatal overdose. But in Elvis in Vegas, Richard Zoglin takes an alternate view, arguing that Vegas is where the King of Rock and Roll resurrected his career, reinvented himself as a performer, and created the most exciting show in Vegas history.
Elvis’s 1969 opening night in Vegas was his first time back on a live stage in more than eight years. His career had gone sour—bad movies, and mediocre pop songs that no longer made the charts. He’d been dismissed by most critics as over the hill. But in Vegas he played the biggest showroom in the biggest hotel in the city, drawing more people for his four-week engagement than any other show in Vegas history. His performance got rave reviews, “Suspicious Minds” gave him his first number-one hit in seven years, and Elvis became . Over the next seven years, he performed more than 600 shows there, and sold out every one.
Las Vegas was changed too. The intimate night-club-style shows of the Rat Pack, who made Vegas the nation’s premier live-entertainment center in the 1950s and ‘60s, catered largely to well-heeled older gamblers. Elvis brought a new kind of experience: an over-the-top, rock-concert-like extravaganza. He set a new bar for Vegas performers, with the biggest salary, musical production, and the biggest promotion campaign the city had ever seen. In doing so, he opened the door to a new generation of pop/rock performers, and brought a new audience to Vegas—a mass audience from Middle America that Vegas depends on for its success to this day.
A classic comeback tale set against the backdrop of Las Vegas’s golden age, Richard Zoglin’s Elvis in Vegas is a feel-good story for the ages.

Elvis in Vegas: How the King Reinvented the Las Vegas Show by Richard Zoglin
My rating: 4 of 5 stars

Elvis in Vegas: How the King Reinvented the Vegas Show by Richard Zoglin is a 2019 Simon & Schuster publication.

A wildly entertaining and juicy piece of pop culture history!!

Elvis truly resonated with my mother’s generation, back in the fifties and sixties, but not so much with me. He was before my time, and frankly, I just couldn’t understand what all the fuss was about. I didn’t see in him, what legions of fans apparently did.

For decades, I sneered when someone mentioned Elvis as a pioneer of rock and roll. I thought he was vastly overrated and felt that if a title, such as ‘The King of Rock and Roll’, must be applied, Chuck Berry was far more deserving of it than Elvis.

However, these days, Elvis seems to slip further and further from our mainstream consciousness- unless you happen to be in Las Vegas, that is. Even now Elvis remains a mainstay in Sin City. In fact, very recently an Elvis performed the wedding ceremony for a popular ‘It’ couple, which made the rounds social media.

It was the first time I’d thought of Elvis in years.

Elvis is synonymous with Vegas and the big theatrical stage show that became the norm once he set up a residency there. For many, however, it also signifies Elvis’s downfall- the place where he became a parody of himself, becoming bloated and out of shape and dependent on drugs, going through the motions with no enthusiasm.

While it is true that Elvis became bored and restless, and fell prey to his own celebrity and gaudiness, Richard Zoglin shows us a different side of that coin-


The author takes readers on a fascinating journey back to Vegas’ beginnings, through the age of -controlled casinos, the peak of night club performances, the ups and downs of the entertainment mecca, and through Elvis’s tenure as Vegas’ top draw.

I never realized what a big impact Elvis had Vegas. I guess I never really thought about how his show transformed the city and the future of all other popular shows and spectacular stage performances since then.

If not for Elvis, I’m not sure what path Vegas may have traveled down, but I don’t think it would have flourished in the same way.

For the record, this is not another Elvis biography, nor is it a dry history of Vegas. While some familiar ground is covered, this book is more of an analysis of how the city and its entertainment venues changed and adjusted over time, and how it evolved into the entertainment epicenter it is today.

It also offers up many titillating details about major Vegas acts, like Frank Sinatra and the Rat Pack. These are lesser known, and less flattering stories about the nightclub acts, some of which would certainly raise eyebrows today. It is also a nostalgic journey. I’d forgotten about some of the performers mentioned in this book and do remember how popular they were.

I’d also forgotten how Howard Hughes took over Vegas for a time, shoving the mob out of the way. It was a bit weird to hear people like Florence Henderson and Paul Anka lament the lack of mob protection. When the mob was running things- Vegas was a safe place!! Wow!

The author spent a bit too much time with Frank Sinatra. I realize he was the name most associated with Vegas before Elvis stepped into his shoes, and for some, his legacy is still steeped in Vegas lore. But I did grow a bit weary of Frank, wishing we could hurry up and move on into new territory.

Vegas went through an identity crisis a time or two, especially as rock music began to become a dominant force, pushing crooners like Frank Sinatra to the sidelines. No rock performer or group wanted to play Vegas. It just wasn’t cool. It was where one ended up in their twilight years. But in many ways Elvis changed all that.

Shows like Cirque du Soleil and performers like Celine Dion owe Elvis a debt of gratitude. Without him and his elaborate stage shows, it is unlikely that Vegas would be what it is today.

Trust me, one doesn’t need to be an Elvis fan to enjoy this book. I highly recommend it to anyone who enjoys history or pop culture. The author has written a dazzling Vegas showcase giving Elvis a bit of overdue credit, and this time I must concur- he was a pioneer after all- a Vegas pioneer, and this time he earned the respect. So, let’s hand it to him. Elvis changed Vegas, gave it a new lease on life, one the city continues to benefit from, and will for some time to come. 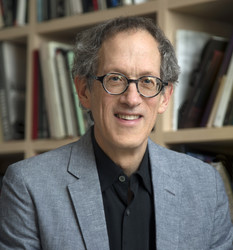 Richard Zoglin is a contributing editor and theater critic for Time magazine. He is the author of Hope: Entertainer of the Century, Comedy at the Edge: How Stand-up in the 1970s Changed America, and Elvis in Vegas. A native of Kansas City, Missouri, Zoglin currently lives in New York City.
Posted by gpangel at 1:00 AM