FLASHBACK FRIDAY: The Grifters by Jim Thompson- Feature and Review 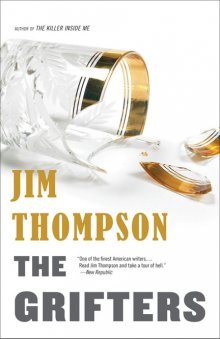 To his friends, to his coworkers, and even to his mistress Moira, Roy Dillon is an honest hardworking salesman. He lives in a cheap hotel just within his pay bracket. He goes to work every day. He has hundreds of friends and associates who could attest to his good character.

Yet, hidden behind three gaudy clown paintings in Roy’s pallid hotel room, sits fifty-two thousand dollars–the money Roy makes from his short cons, his “grifting.” For years, Roy control over his house-of-cards life–until the simplest con goes wrong, and he finds himself critically injured and at the mercy of the most dangerous woman he ever met: his own mother.

THE GRIFTERS, one of the best novels ever written about the art of the con, is an ingeniously crafted story of deception and betrayal that was the basis for Stephen Frears’ and Martin Scorsese’s critically-acclaimed film of the same name.

The Grifters by Jim Thompson
My rating: 5 of 5 stars

I admit I watched the movie version of this book starring John Cusak a long time ago, well before I ever picked up the book, making me, perhaps one of the last people on the planet to have read it. But, I found a copy in a used book store one day and couldn't resist it.

It sat on my shelf for a good long while, but I eventually got it read. This is not a very long book, and once I started it. I could not put it down!

This a true noir classic, with more twist and turns than you can imagine. This story is very dark and some scenes made me squirm in my seat because they made me very uncomfortable. These were some really messed up people! 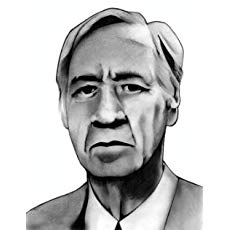 Jim Thompson was born in Anadarko, Oklahoma. He began writing fiction at a very young age, selling his first story to True Detectivewhen he was only fourteen. Thompson eventually wrote twenty-nine novels, all but three of which were published as paperback originals. Thompson also co-wrote two screenplays (for the Stanley Kubrick films The Killing and Paths of Glory). Several of his novels have been filmed by American and French directors, resulting in classic noir including The Killer Inside Me (1952), After Dark My Sweet1955), and The Grifters1963)