Twelve years ago, Sarah Baker was abducted by the Watt Lake Killer and sexually assaulted for months before managing to escape. The killer was caught, but Sarah lost everything: her marriage, her child, and the life she loved.
Struggling with PTSD, Sarah changes her name to Olivia West and finds sanctuary working on . But as her scars finally begin to heal, a cop involved with her horrific case remains convinced the Watt Lake Killer is still out there. He sets a lure for the murderer, and a fresh body is discovered. Now Olivia must face the impossible— the butcher be back, this time to finish the job?
As a frigid winter isolates the ranch, only one person can help Olivia: Cole McDonough, a writer, adventurer, and ranch heir who stirs long-dormant feelings in her. But this time, Olivia’s determination to shut out her past may destroy more than her chance at love. It could cost her her life.

A Dark Lure by Loreth Anne White
My rating: 4 of 5 stars

A Dark Lure by Loreth Anne White is a 2015 Montlake publication.

I won a copy of ‘The Dark Bones’, the second book in this series, so I thought it might be a good idea to back track and read this first book in the series, although I see there has been a rather large time gap between installments.

All the same, I’m glad I discovered this author!

Sarah Baker was the lone survivor of the Watt Lake Killer. Twelve years later, after losing everything she held dear and still battling PTSD, Sarah changed her name to Olivia, and found a modicum of solace working at the Broken Bar Ranch.

However, the ranch owner is dying, leaving Olivia's future and that of the ranch, in limbo.

Believing she is making the right decision, Olivia contacts Cole McDonough, one the ranch heirs, to inform him of his father’s ill health. Although Cole hasn’t spoken to his father in years, he flies home knowing there won’t be a fatted calf awaiting his return.

Meanwhile, a former cop who worked the Watt Lake case is convinced the wrong man was sent to prison and is desperately hoping to solve the case before it’s too late.

While this is a very graphic and tense thriller, the story has plenty of depth, especially when it comes to family dynamics, with a nice romantic element, as well. There are several different threads running at once, but at no time did the story feel too busy.

The relationship with Cole and his father, along with the greedy ploys to control the ranch adds drama, the relationship between the cop and his daughter, Tori, is poignant and very bittersweet, and the romance between Cole and Olivia is well-done and realistic.

However, Olivia is being stalked by someone, hinting that the Watt Lake Killer is still out there. The suspense builds at an unbearable pace, and the atmosphere becomes taut and riveting as the final showdown brings us face to face with a clever and diabolical serial killer and all the pending threads are woven together seamlessly.

This genre has really suffered a downward slide in recent years and I usually wind up feeling very frustrated by it. It is so nice to find an author who understands the genre, and knows how to write romantic suspense the way it should be written. 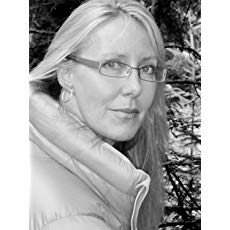