The A-List by J.A. Jance- Feature and Review 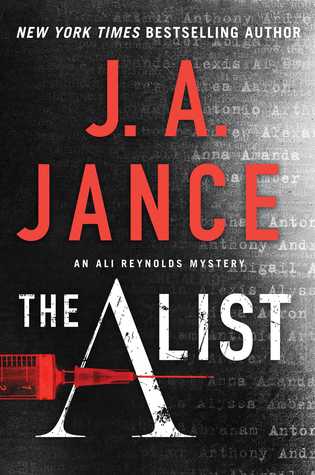 More than ten years after the abrupt end of her high-profile broadcasting career, Ali Reynolds has made a good life for herself in her hometown of Sedona, Arizona. She has a new house, a new husband, and a flourishing company called High Noon Enterprises, where her team of veritable technological wizards hunts down criminals one case at a time.
But the death of an old friend brings Ali back to the last story she ever reported: a feel-good human interest piece about a young man in need of a kidney to save his life, which quickly spiraled into a medical mismanagement scandal that landed a prestigious local doctor in prison for murder.
Years may have passed, but Dr. Edward Gilchrist has not forgotten those responsible for his downfall—certainly not Ali Reynolds, who exposed his dirty deeds to the world. Life without parole won’t stop him from getting his revenge. Tattooed on his arm are the initials of those who put him behind bars, and he won’t stop until every person on that Annihilation List is dead.
In this gripping suspense novel from the New York author praised for her “inimitable, take-no-prisoners style” (Kirkus Reviews), Ali Reynolds and her team race against the clock to stop this ruthless killer—before her own name is crossed out for good.

A top -notch chapter in the Ali Reynolds series!!

Dr. Edward Gilchrist suffered a spectacular fall from grace when it came to light that he was the main sperm donor at his fertility clinic. Not only that, he may have passed down a genetic illness to his progeny.

Ali, in one of her last assignments as an L.A. News anchor, broke the story, which had a domino effect, resulting in the doctor serving a life sentence without parole.

Despite the passage of time, Edward is still bent on exacting revenge. He's drawn up a list of his enemies- An annihilation list he has dubbed ‘The A- List’.


He even went to the trouble of tattooing the first initial of each of his enemies on his skin. As each person who wronged him, in one way or another, is ‘taken care of’, he inks an X over the initial, marking them off the list.

Ali Reynolds may be the one most at fault, in his eyes, and he can’t wait to tattoo that X over her initial…

This story takes readers back down memory lane to a time when Ali was a star news anchor and married to Paul. After she broke the story about Edward Gilchrist, she kept in touch with the families involved. But, now in shockingly close succession several of those involved in the case have died in tragic accidents or homicides. Yet, Ali has no idea she’s even at risk. But then Stuart and Frigg 'stumble across' a few shocking discoveries, making it clear that Ali is in grave danger. Can they warn in Ali in time?

This is one of the best installments in the series we’ve had in a while and I am happy to see it rebound so strongly, especially after the previous installment, which left me pondering the future of this series.

The plot is very compelling and plausible in the sense that we’ve heard of actual cases where a doctor used his own sperm to father countless children. Many times, this type of situation was only discovered years later due to advances in DNA.

Jance did a terrific job of setting the stage, adding rich details to the diabolical revenge plot, while also adding emotional depth to a classic good versus evil scenario.

Jance kept the focus more on Ali, this time around, which I liked, and the bad guys were super creepy and scary. The story is very suspenseful, and well executed. Ms. veteran writing chops are on display here, reminding me of why her books are always a 'must buy' for me.

I still don’t know what to make of the developments with Stuart and Frigg. I had hoped they might get a series of their own instead of taking over this one. But it looks as though they are here to stay. I’m going to keep an open mind, though, and see how it goes. But, I must say my faith in this series has been greatly restored.

Fans of the series won't need to be persuaded to buy this one. However, if you haven’t tried this series out yet, this story gives you enough background to on, so that you could enjoy it as well. 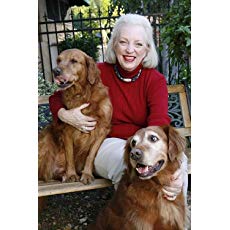