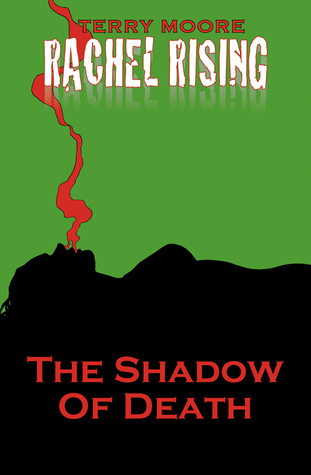 Rachel wakes up in a shallow grave. Horrified, she digs her way out and goes looking for her killer in the little town of Manson. What she finds is a trail of death following her and more than one blood-chilling suspect. Rachel Rising will haunt you for life... death. Collects issues #1-6.

Rachel Rising, Volume 1: The Shadow of Death by Terry Moore
My rating: 5 of 5 stars

Rachel Rising Vol. 1- The Shadow of Death by Terry Moore is a 2012 publication.

This series is going to be awesome!

This series in available with '' unlimited, so I decided to check out the first volume going in completely blind.

Rachel wakes up in a shallow grave, realizing someone had tried to kill her. Clawing her way out, she goes in search of a killer. 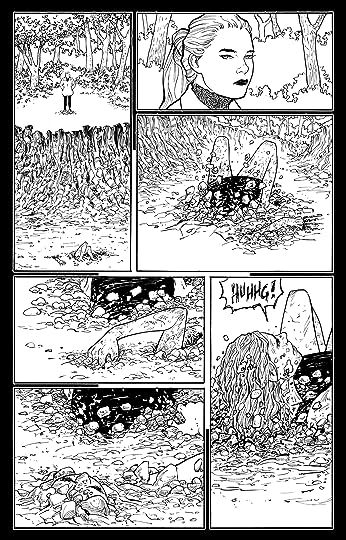 Part mystery, part supernatural horror, this black and white comic hooked me immediately. I loved dark, macabre atmosphere, the humor, and the depth of the story, which had an almost hypnotic effect on me.

The supernatural investigation kept me reader guessing, wondering about witches and the un-dead. The philosophical discussions about life and death are absorbing adding another layer to the story.

Unlike nearly everyone else who read graphic novels, I have not read any of Terry Moore’s other series. I must say, this is most excited I’ve been about a graphic novel series, since I began taste testing them a few months back. 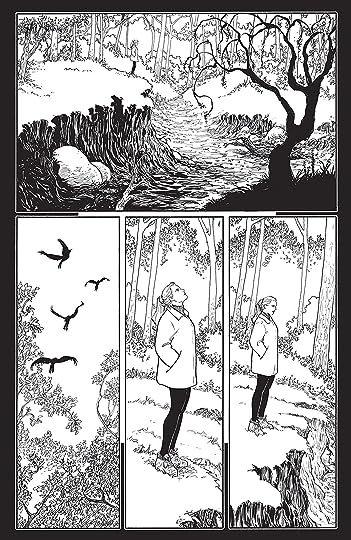 This story is very creepy, with the artwork carrying the bulk of the load, magnifying the feeling of unease and suspense beautifully. I’m hooked!

On to Volume two!

Following the examples of independent comic creators such as Dave Sim and Jeff Smith, he decided to publish Strangers in Paradise himself through his own Houston-based "Abstract Studios" imprint, and has frequently mentioned a desire to do a syndicated cartoon strip in the notes at the back of the Strangers in Paradise collection books. He has also mentioned his greatest career influence is Peanuts' Charles Schulz[1] Some of Moore's strip work can additionally be found in his Paradise, Too! .His work has won him recognition in the comics industry, including receiving the Eisner Award for Best Serialized Story in 1996 for Strangers in Paradise #1-8, which was collected in the trade paperback "I Dream of You".
Posted by gpangel at 1:00 AM