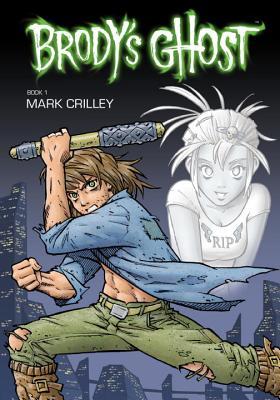 Brody hoped it was just a hallucination. But no, the teenaged ghostly girl who'd come face to face with him in the middle of a busy city street was all too real. And now she was back, telling him she needed his help in hunting down a dangerous killer, and that he must undergo training from the spirit of a -old samurai to unlock his hidden supernatural powers.
Thirteen-time Eisner nominee Mark Crilley joins Dark Horse to launch his most original and action-packed saga to date in Brody's Ghost, the first in a six-volume limited series.

Brody's Ghost, Volume 1 by Mark Crilley
My rating: 4 of 5 stars

Brody’s Ghost by Vol.1 By Mark Crilley is a 2010 Dark Horse Originals publication.


This first volume in the Comic/ Graphic Novel gem,  introduces us to Brody, a heartbroken guy pining over the loss of his girlfriend several months back. He’s pretty much let himself go. He’s out of shape, grew his hair long, and works odd jobs, and plays his guitar for tips. 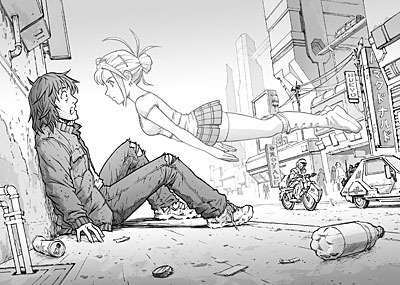 But his life takes a very weird turn when he is approached by the teenage ghost, named Talia. Talia has searched for someone who can help her solve a major crime so she can finally get into heaven. Because Brody can see her, she thinks she’s finally found her guy. But- Brody lacks some key psychic abilities prompting Talia to put him in training.

This graphic novel, illustrated in black and white, is going to be a great series, I can tell. The artwork fits the gritty city and the mood of the characters. The characters are drawn with fantastic expressions capturing their emotions perfectly.

I understand why this graphic novel has such high ratings and glowing reviews. I will be continuing on with this series, for sure. 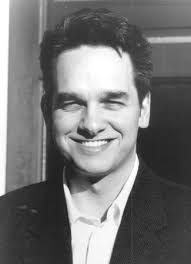 Mark Crilley was raised in Detroit, where he started drawing almost as soon as he could hold a pencil in his hand. After graduating from Kalamazoo College in 1988, where he was befriended by children's author David Small, he taught English in Taiwan and Japan for nearly five years. His first comic series, AKIKO, was published in 1995, garnering immediate critical praise, including 13 Eisner award nominations during its 53-issue run. In 1998 Crilley was named one of the "100 Most Creative People in Entertainment" by Entertainment Weekly Magazine, leading Random House to invite him to adapt his Akiko comic books as a series of ten prose-fiction novels for young readers. After the two-book BILLY CLIKK series in 2005, Crilley created his first manga-style graphic novel series, MIKI FALLS, a set of four paperbacks published by HarperCollins in 2007. Miki Falls was chosen by the American Library Association as one of the 2007's "Great Graphic Novels for Teens," and it was by Paramount Pictures and Brad Pitt's Plan B Production Studio for development as a feature film. Also in 2007, Crilley launched his highly popular YouTube channel, which would go on to gain him more than 300 million video views, and a following of more than 2.5 million subscribers. In 2010 Dark Horse Comics published the first of six BRODY'S GHOST graphic novels, resulting in Scholastic releasing a special edition of the series for its book fairs, a first for both Crilley and Dark Horse. In 2012 Crilley released his most successful book yet, MASTERING MANGA, an instructional art book that would soon be published in eight languages and rank consistently among the top-selling books of its kind. MASTERING MANGA 2 and 3 would soon follow. 2015 saw the publication of THE REALISM CHALLENGE by Watson-Guptill, a book teaching illustration techniques, followed by THE DRAWING LESSON in 2016, a graphic novel that blends narrative fiction with art instruction. work has been featured in USA Today, Entertainment Weekly, and on CNN Headline News and Comcast On Demand. He lives in Michigan with his wife, Miki, and children, Matthew and Mio.
Posted by gpangel at 1:00 AM