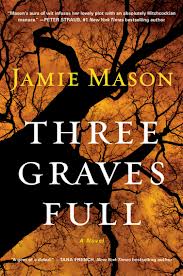 "There is very little peace for a man with a body buried in his backyard.”
But it could always be worse. . . .
More than a year -mannered Jason Getty killed a man he wished he’d never met. Then he planted the problem a little too close to home. But just as he’s learning to live with the undeniable reality of what he’s done, police unearth two bodies on his property—neither of which is the one Jason buried.
Jason races to stay ahead of the consequences of his crime and while chaos reigns on his lawn, his sanity unravels, snagged on the agendas of a colorful cast of strangers. A jilted woman searches for her lost fiancé, a fringe-dweller runs from a past that’s quickly gaining on him, and a couple of earnest local detectives piece it together with the help of a volunteer police dog — all of them in the wake and of a dead man who had it coming. As the action unfolds, each discovers that knowing more than one side of the story doesn't necessarily rule out a deadly margin of error.
Jamie Mason's irrepressible debut is a macabre, darkly humorous tale with the thoughtful beauty of a literary novel, the tense pacing of a thriller, and a clever twist of suspense.

Three Graves Full by Jamie Mason
My rating: 4 of 5 stars

I love dark humor when it is done right, which I'm sure is hard to do. But, Jamie Mason has nailed it in "Three Graves Full".
Dark, , mysterious and suspenseful. I couldn't put it down.

Jason Getty is a plain vanilla, ordinary guy most people probably wouldn't pay much attention to. But, driven to the extreme of what he could bear, Jason commits murder. He buries the body on his property and then out the consequences. After a while, Jason relaxes just a little and decides to have his garden and cleaned and landscaped. But, his worst fears are realized when a body is found by the workers. Only, this was not the guy Jason killed. Then another body is found..... not Jason's handiwork.
When the cops are called, the investigation opens up a can of worms that no one could have imagined.
Leah and Boyd both have a connection to the dead bodies found on Jason's property. Leah just wanted to visit the grave and finally feel some closure. But, Boyd may have a secret to two himself.

This was a really unique mystery suspense novel, with great characters and even better- a great dog as part of the cast.

The pacing is perfect. Slow enough to build suspense, fast enough to keep you turning pages. Very cleverly plotted with realistic dialogue, and sharp wit. Make no mistake, this is a dark mystery, but you won't be able to stop laughing at these flawed characters and the domino effect of their actions.
I highly recommend this novel. 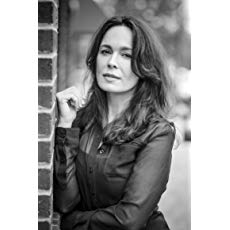 Jamie Mason was born in Oklahoma City, but grew up in Washington, D.C.
She's most often reading and writing, but in the life left over, she enjoys films. Formula 1 racing, football. , and, conversely, staying at home. Jamie lives with her husband and two daughters in the mountains of western North Carolina.