Best.Movie.Year. Ever.: How 1999 Blew up the Big Screen by Brian Raftery- Feature and Review 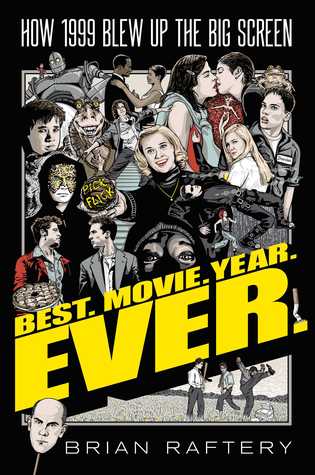 From a veteran culture writer and modern movie expert, a celebration and analysis of the movies of 1999—arguably the most groundbreaking year in American cinematic history.
In 1999, Hollywood as we know it exploded: Fight Club. The Matrix. Office Space. Election. The Blair Witch Project. The Sixth Sense. Being John Malkovich. Star Wars: The Phantom Menace. American Beauty. The Virgin Suicides. Boys Don’t Cry. The Best Man. Three Kings. Magnolia. Those are just some of the landmark titles released in a dizzying movie year, one in which a group of daring filmmakers and performers pushed cinema to new limits—and took audiences along for the ride. Freed from the restraints of budget, technology (or even taste), they produced a slew of classics that took on every topic imaginable, from sex to violence to the end of the world. The result was a highly unruly, deeply influential set of films that would not only change , but also give us our first glimpse of the coming twenty-first century. It was a watershed moment that also produced The Sopranos; Apple’s Airport; Wi-Fi; and Netflix’s unlimited DVD rentals.
Best. Movie. Year. Ever.  the story of not just how these movies were made, but how they re-made our own vision of the world. It features more than 130 new and exclusive interviews with such directors and actors as Reese Witherspoon, Edward Norton, Steven Soderbergh, Sofia Coppola, David Fincher, Nia Long, Matthew Broderick, Taye Diggs, M. Night Shyamalan, David O. Russell, James Van Der Beek, Kirsten Dunst, the Blair Witch kids, the Office Space dudes, the guy who played Jar-Jar Binks, and dozens more. It’s the definitive account of a culture-conquering movie of us saw comingand that we may never see again.

I love pop culture books, but they aren’t all created equal. At my age, what stirs up feelings of nostalgia are movies, television, and music which were popular a lot longer ago than twenty years.

Still, it is hard to believe the movies discussed in the book are already approaching the ‘classics’ stage.

While it is certainly debatable, and even dubious, especially for someone of my generation, to suggest 1999 was the best movie year EVER, there were some pretty good movies released in that year.

The author may be looking at all the movies released in the past eighteen or nineteen years and found them wanting, a lackluster reflection on the movie industry as whole, in my opinion, making a few of the movies listed here stand out more than they may have otherwise.

The surprise hits, the trends, the comedies, the social and political movies, all reflect the mindset of a generation. Yet, nearly anyone, who is so inclined, these days could compile a list of movies from any given year, add some Wikipedia knowledge to complement the list, such as who starred in the film, who directed it and produced it, and why it was included in the book, then organize it in some clever way, and then package it for a quick cash grab.

However, this book takes things a step beyond listing standout movies from 1999. It truly captures the mood of the country, explaining why a movie made an impact, even it wasn’t expected to, and reminds readers of popular television programs, political issues and world events that shaped the country and the attitudes of the American public.

To connect that mood and atmosphere via the art of the cinema is what really makes the book interesting and thought provoking. It also made me smile because to this day, an occasional quote from one of these movies comes to my mind, and I realize that while these movies may not have had an impact on me in the same way they did those younger than myself, I was affected by them more than I realized, and yes, I would, after some reflection, I have to agree that 1999 was a stellar year in films- still not saying it was the best year EVER- but it certainly is a contender! 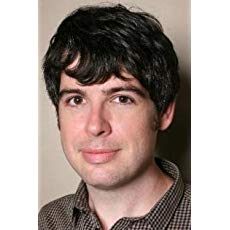 Brian Raftery has written for such publications as Wired, GQ, New York, Rolling Stone, and Entertainment Weekly.  He lives in Burbank. California, with his wife and daughters.