The Familiars by Stacey Halls- Feature and Review 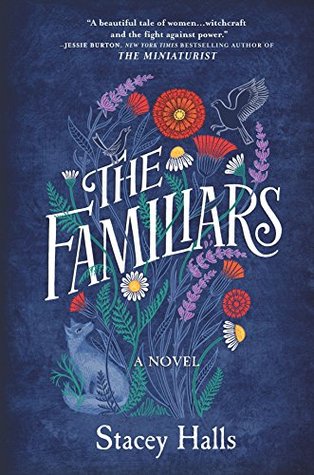 Shuttleworth, a noblewoman, is with child again. None of her previous pregnancies have borne fruit, and her husband, Richard, is anxious for an heir. Then Fleetwood discovers a hidden doctor’s letter that carries a dire prediction: she will not survive another birth. By chance she meets a midwife named Alice , who promises to help her deliver a healthy baby. But Alice soon stands accused of witchcraft.
Is there more to Alice than meets the eye? Fleetwood must risk everything to prove her innocence. As the two women’s lives become intertwined, the Witch Trials of 1612 loom. Time is running out; both their lives are at stake. Only they know the truth. Only they can save each other.
Rich and compelling, set against the frenzy of the real Pendle Hill Witch Trials, this novel explores the rights of 17th-century women and raises the question: Was witch-hunting really women-hunting? Fleetwood Shuttleworth, Alice and the other characters are actual historical figures. King James obsessed with asserting power over the lawless countryside (even woodland creatures, or “familiars,” were suspected of dark magic) by capturing “witches”—in reality mostly poor and illiterate women.

The Familiars by Stacey Halls
My rating: 5 of 5 stars

The Familiars by Stacey Halls is a 2019 Mira publication.

Fleetwood Shuttleworth is once more with child, hoping this time she will be able to give her husband, Richard, the heir he is so desirous of. But, when she stumbles across a letter, written to her husband from a physician, warning him that if Fleetwood should once more find herself in , she would not survive.

To keep herself and unborn child from certain death, Fleetwood hires the midwife of her choosing, a young woman named Alice . Fleetwood knows that Alice’s methods are unconventional, but she is desperate, willing to try anything. But, when Alice is accused of witchcraft, Fleetwood will do whatever it takes to free Alice, but time is of the essence.

I loved this book!! This is the style of Gothic mystery that I first fell in love with. This debut author has done an outstanding job of creating a heavily laden atmosphere of suspense, casting doubts in all directions and pitting our heroine against those she should be able to trust, against society, and against time.

The fever pitch anxiety and furor which permeated the air during the real Pendle Hill Witch Trials creates the perfect backdrop for the danger, paranoia and suspicions surrounding Fleetwood. Using real life characters in the book is a nice touch, adding a nice theoretical solution to an age- old mystery.

Other real- life props and events are scattered throughout the novel capturing the atmosphere of the times perfectly. The story is a Gothic lover’s dream, with the suspense building and building, becoming nearly unbearable. But the story is also one of courage, of hope, determination and of friendship and unbreakable bonds forged out of desperation.

I can’t say enough nice things about this one. Right now, historical fiction is one my very favorite genres, and then add in these unmistakable Gothic elements- a genre that is hands down my favorite of any genre, then how can I go wrong?

The straightforward prose fits the style of Gothic fiction, I think, and compliments the characterizations, especially that of Fleetwood. The pacing it pitch perfect, never hurried, which is what creates that fraught, nervous, sitting on pin and needles sensation, and is where many young Gothic novelists flounder. I’m sure it is harder to pull off a slower, more balanced pace now, than in days past, with the limited word count required by most publishers. So, apparently, this author obviously understands this genre, has studied it, and appreciates the nuances that make it successful.

Overall, Stacey Halls my undivided attention. I’m super excited to see how she progresses from here on out. 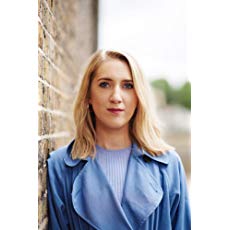 Stacey Halls was born in 1989 and grew up in Lancashire in the north-west of England. She lives in London and has worked as a journalist at publications including Stylist, The Independent, Psychologies and Fabulous magazine. The Familiars is her first novel.
Posted by gpangel at 1:00 AM