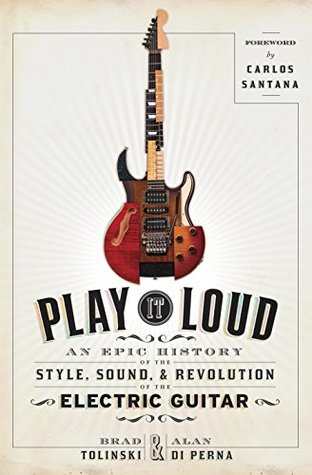 By the longtime editor-in-chief of Guitar World and a veteran rock journalist, an unprecedented history of the electric guitar, its explosive impact on music and culture, and the people who brought it to life.
Spanning a century and encompassing some of guitar's greatest builders and players, from Les Paul to Keith Richards to Eddie Van Halen, Brad Tolinski and Alan Perna the evolution of the guitar to roaring life. This is a story of inventors and iconoclasts, of scam artists, prodigies and , as varied and original as the music they spawned.
Play It Loud uses twelve landmark instruments, each of them a milestone in the progress of the electric guitar, to illustrate the chaos, conflict and passion it has inspired. It introduces Leo Fender, a man who couldn't play a note, but whose innovation helped transform the classical guitar into the explosive sound machine it is today. Some of the most significant social movements of the 20th century are indebted to the guitar: it was an essential part of Beatlemania and Woodstock; a mirror to the rise of the teenager as a social force; a linchpin of the punk movement's sound and ethos. And today the guitar has come full circle, with contemporary titans such as Jack White of The White Stripes and Dan Auerbach of The Black Keys bringing some of those earliest electric guitar forms back to the limelight.

For generations, the electric guitar has been an international symbol of freedom, danger and hedonism. Play It Loud is the story of how a band of innovators transformed a simple notion into a singular cultural force.

Play It Loud: An Epic History of the Style, Sound, and Revolution of the Electric Guitar by Alan Perna
My rating: 4 of 5 stars

Play it Loud: An Epic History of the Style, Sound, and Revolution of the Electric Guitar by Alan Perna, Carlos Santana (Foreword), Brad Tolinski is a 2016 Doubleday publication. 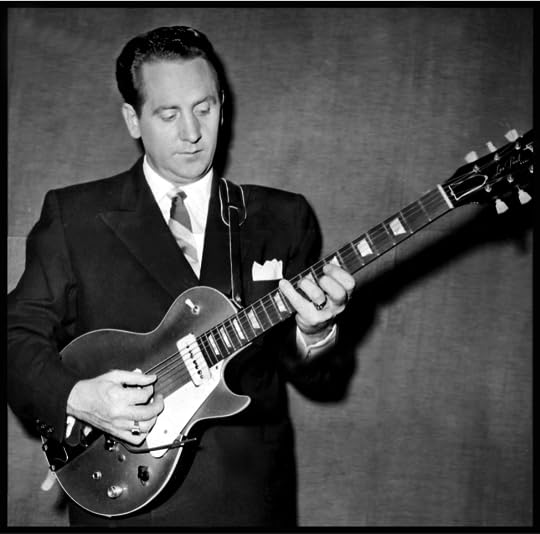 As always, when a book such as this one is written, people will disagree with the author’s opinion of game changers, who made the most key inventions, were the trend setters, and who qualified for guitar god status. I’m no exception, often questioning some of the author’s choices, and can think of many other innovative guitarists, in various forms of music, who didn’t even get an honorable mention in this book.

The first portion of the book is quite interesting and it’s obvious the authors did some homework. While I am not a guitar player myself, I have several relatives who are musically gifted, and I’ve heard them talk endlessly about the various brands of guitars and amplifiers. However, unless one is interested in history, this section might be a bit dry.

Once the authors moved into the burgeoning days of rock and roll, the history is more familiar, but the information is very different from what one might find in the usual rock history book. While I was very knowledgeable about Woodstock and Jimi Hendrix, Eric Clapton, and the guitar hero heyday of the sixties and seventies, and some of the eighties, this book included a plethora of information I had never heard of before. The reason for this, I think, is because everything is centered solely around the electric guitar, not rock history, overall.

Of course, some trivia , and for some, a nice trip down memory lane. However, this book is all about history and it was one of the most entertaining history lessons a music lover can engage in. Looking at certain events focused exclusively on the electric guitar, many live performances come to life in a new and refreshing way.

I am reluctant to mention my disagreements with the author because I don't want to offend any hardcore fans, or begin a debate.

I loved Van Halen- I did, although my opinion of them now, is not the same as it was in the seventies and eighties. While I understand why the author spoke at length about Eddie, acknowledging his guitar inventions and ingenuity, I most definitely picked up on sycophant like hero worship here.

I think Eddie’s segment went on entirely too long. Only Jimi Hendrix equaled Eddie, as he too, got plenty of airtime- with a lot of feedback-😉 in this book.

In fact, the book seemed to be geared towards the Eighties guitar hero fans, many of whom still respected their elders, both from blues and from country music players. For me though, I’d rather talk more about Stevie Ray Vaughn than Steve Vai, but that’s just me. 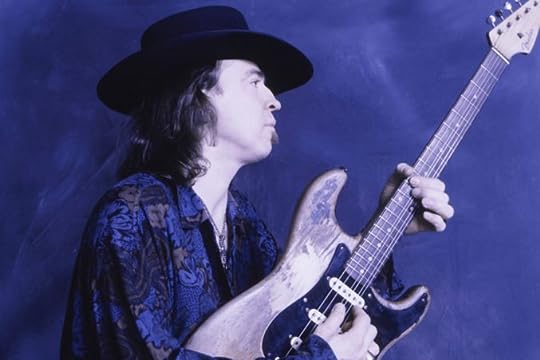 I also bristled at the testosterone heaviness in the book. Almost as an afterthought, a small token list of female guitarists, were tacked on, in the last chapter, with only one contributor, explaining the changes she physically made to her guitar- an example which pointedly referred to the necessary physical requirements certain guitars demand from the player. Sly, subliminal sexism? Hmm.

So… what about Peggy Jones, Nancy Wilson or Bonnie Raitt, or if you really must go by fast and loud- Lita Ford or Joan Jett?

However, I did appreciate the respect given to country guitarists, especially in a book about a musical instrument synonymous with rock music. I am also pleased to see Frank Zappa and Mike Bloomfield is given a fair amount of credit in this book, as well.

But this is not a book list, or top hundred countdown of best electric guitar players. The business end of creating the electric guitar, is perhaps the most interesting parts of the book. The disputes, and competition, over who invented what, and how the onset of corporate rock and the originators selling out, significantly reduced the quality of the guitar, causing many to resort to using vintage guitars instead, is fascinating, especially you aren’t familiar with the guitar world on that level. This period is referred to by many in the industry as pre- CBS- referencing the sale of Fender to CBS.

It is sad to see the electric guitar’s power fade as the music industry continues to change. I’m told one doesn’t even need to know how to read music or learn to play an instrument these days as many guitar sounds can be replicated in a plethora of other ways, using various technologies.
The authors lament this is the last chapters, as the musical atmosphere now is a far cry from what it was in the electric guitar’s prime- at least as far as fame and fortune is concerned.

Yet, as much as I loved the mythos of the rock world, the larger than life personas, and the great memories- I still say the music from the 60s,70s, and some of the 80s, was the best music ever- I’m a fan of the smaller, more intimate setup we have today. It seems like the old timers, the same ones who whined about corporate rock, are now whining about the lack of household name rock stars.

In my humble opinion, it’s more personal, more real, in a small venue setting and maybe more sincere, while maybe not always as polished. But at least the corporate giants don’t have control over the content and artistry in the same way, which hopefully retains the band’s creative license to some degree.

The garage band, where members do not necessarily depend on music as their sole source of income, is a back to basics trend I can get on board with. YouTube can give you a vast number of examples of successful electric guitarists, although that success rarely includes all those fabulous sports cars, ostentatious mansions, fame, or the overblown power from days past-and that’s okay by me. But, still, many are doing a lot better financially than you might be led to believe. Besides, household names do not necessarily mean better talent. As you will recall, lots of radio stations back in the day, were paid to promote one band, but not the other, no matter how talented they were. It was all about marketability.

Overall, you don’t have to be an expert guitarist or even own a guitar to enjoy this book. Anyone who loves music, enjoys history, education, or pop culture, or even nostalgia, will find this journey to be a fascinating one. It is also sure to spark debate and long discussions from guitar enthusiasts. I for one, was reminded of all the blues greats, old and new and that’s the genre I prefer these days. Although, I don’t recall a mention of him in this book- Robert Cray is the house! 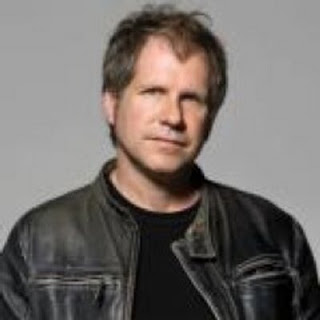 Brad Tolinski was the editor-in-chief of Guitar World, the world’s bestselling magazine for musicians, for twenty-five years. 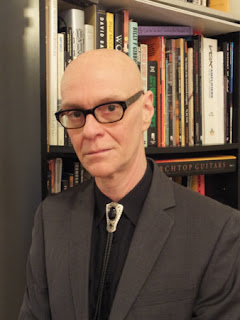 A Contributing Editor of Guitar World magazine since the late ‘80s, Perna also enjoys a longstanding professional relationship with the National Academy of Recording Arts and Sciences. He served as a member of the NARAS Publications Advisory Committee between 1995 and 2002, becoming a frequent contributor to Grammy Magazine and the Academy’s website. To this day he remains an annual contributor to the Grammy Program Book published to accompany each year’s awards ceremony.